During his career he has served as the Dean of Professional Studies at Northern Kentucky University; held the Chair of the Department of Journalism and Mass Media at Rutgers University; and was Provost at Youngstown State University.

Dr. Atwater served as president of Indiana University of Pennsylvania, the largest member university of the Pennsylvania State System of Higher Education, from 2005 to 2010. During his tenure at IUP, he attempted to change the institution's "party-school" image. The university also continued an ambitious residential hall construction project under Atwater's leadership.

In December 2009, 84% of voting faculty members chose "no confidence" in Atwater as president. [1] The vote was based on 31 specific complaints identified by the faculty union, including questionable use of university funds, poor leadership style and poor decision-making. The vote of "no confidence" also included allegations of an "imperialistic leadership style." [2]

Atwater resigned as president of IUP on June 30, 2010, to serve as a Senior Fellow at the American Association of State Colleges and Universities. [3]

Since his departure as president, Atwater has continued to be the subject of news reports probing his spending practices at IUP. [2]

Atwater was announced as the Norfolk State's new president on April 22, 2011, by the NSU Board of Visitors. [4] He officially became president of Norfolk State on July 1, 2011. 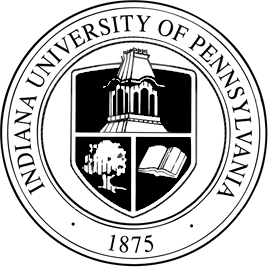 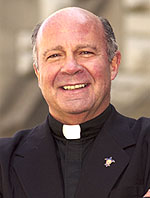 Lawrence H. Biondi, SJ is a Catholic Priest who served as the President of Saint Louis University from 1987 to 2013, a period that saw significant changes to campus and the university as a whole.

James F. Jones Jr. is an American academic administrator and educator. He began his career as a professor of Romance languages and other humanities. His administrative posts have included being vice provost of Southern Methodist University and dean of its Dedman College of Humanities and Sciences; president of Kalamazoo College; president of Trinity College in Hartford, Connecticut; and interim president of Sweet Briar College. 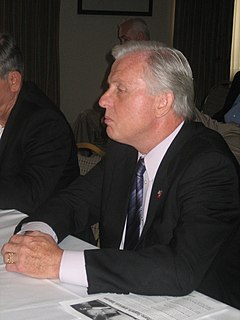 Jack E. Wagner is an American Democratic politician from the Commonwealth of Pennsylvania. He served as Pennsylvania Auditor General, and prior served in the State Senate and Pittsburgh City Council.

Lawrence Timothy Ryan is an American chef and the fifth and current president of the Culinary Institute of America (CIA). Ryan, a Certified Master Chef, graduated from the CIA in 1977 and joined the school's faculty in 1982, and later moved to administration before heading the education division. In 2001, he became the first CIA alumnus and faculty member to become president of the college, in 2001. Prior to returning to the CIA as a faculty member, he spent five years as a chef in different aspects of the culinary industry. Ryan has received numerous accolades throughout his career from the American Culinary Federation, James Beard Foundation, and various other organizations.

Alexander Gonzalez was the 7th president of California State University, Sacramento, where he began in 2003.

Mary Cullinan is the former president of Eastern Washington University in Cheney, Washington.

Joe Lombardi is an American basketball coach currently the head coach for the Indiana University of Pennsylvania (IUP) Crimson Hawks of Pennsylvania State Athletic Conference in NCAA Division II. Prior to taking the head coaching position at IUP, Lombardi served as an assistant coach, including a nine-year tenure at La Salle University and three season under Jamie Dixon at the University of Pittsburgh. In his fourth season with the Crimson Hawks in 2009–10, Lombardi led the team to the 2010 NCAA Men's Division II Basketball Championship where they were defeated by the Cal Poly Pomona Broncos. Following the season, Lomardi was named as the 2010 Basketball Times Division II National Coach of the Year.

Harrison Benjamin Wilson Jr. was an American educator and college basketball coach who served as the second president of Norfolk State University from 1975 to 1997.

Dr. Marie Valentine McDemmond is American educator who became third president of Norfolk State University and the first African-American woman to serve as the head of a four-year college in Virginia. She served as president from 1997 to 2005, being the year she retired. Dr. Alvin J. Schexnider became acting president from July 2005 until June 30, 2006.

Kim A. Wilcox is the ninth chancellor of the University of California, Riverside. He was appointed on August 8, 2013 and began the position on August 19, 2013. He was previously at Michigan State University where he served for eight years as provost, executive vice president and professor of communicative sciences and disorders.

Lamont Bagby is an American politician of the Democratic Party. On November 3, 2015, he was elected to the Virginia House of Delegates, representing the 74th district, which includes Charles City County, parts of Henrico County and the city of Richmond. He is a former member of the Henrico County School Board.