Torbert Street Livery Stables, also known as Hercules Powder Company Printing Department, Charles Printing Co., Wilmington Motorcycle Club, Cann Bros & Kindig Printers, and Barclay Bros Printing, is a historic livery stable located at Wilmington, New Castle County, Delaware. It was built in 1887, and consists of two separately-built, two-story livery stables, joined together and expanded through additions and internal alterations. A connecting hyphen was built during or after 1946. Both structures are constructed of brick and have gable roofs. The interior consists of large open spaces supported by cast iron columns and historic wood beams reinforced with iron rods. Also on the property is a contributing cast iron street lamp. The buildings housed livery stables into the early 20th century, after which they were occupied as a cabinet-making shop, a cycle club, auto garages, commercial and corporate printing facilities, and a warehouse. [2]

It was added to the National Register of Historic Places in 1998. [1]

Harlan & Hollingsworth was a Wilmington, Delaware, firm that constructed ships and railroad cars during the 19th century and into the 20th century.

The Sweet Gum Stable, also known as Farmer's Feed and Supply, was located at the southeast corner of Main and W. Seventh Street in New Albany, Indiana. The property was a stop of the Underground Railroad, ten blocks west of another stop, the Town Clock Church, and a mere block away from the River Jordan for fugitive slaves, the Ohio River. The stable was built in 1877, and consisted of a balloon frame stable with an attached small brick and frame dwelling constructed about 1836. A feed store was added to the building in 1886. The structured measured 60 feet by 120 feet and encompassed the entire lot.

The Grand Opera House, also known as The Grand or Masonic Hall and Grand Theater, is a 1,208-seat theater for the performing arts in Wilmington, Delaware, United States. The four-story building was built in 1871 by the Delaware Grand Lodge of Masons to serve as a Masonic Temple and auditorium. The construction cost was $100,000. It was designed in Second Empire style by Baltimore architect Thomas Dixon and incorporates symbolism from Freemasonry into the cast-iron facade. Its central pediment contains an Eye of Providence. 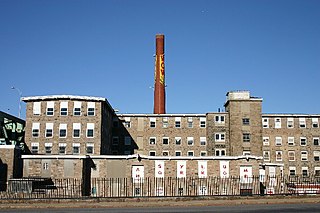 The Metacomet Mill, built in 1847 by Colonel Richard Borden for the manufacture of cotton textiles, is the oldest remaining textile mill in Fall River, Massachusetts.

The Wilbraham at 282–284 Fifth Avenue or 1 West 30th Street, in the NoMad neighborhood of Manhattan, New York City, was built in 1888–90 as a bachelor apartment hotel. Its "bachelor flats" each consisted of a bedroom and parlor, with bathroom but no kitchen; the communal dining room was on the eighth floor. The building's refined and "extraordinarily well detailed" design in commercial Romanesque revival style – which owed much to the Richardsonian Romanesque developed by H.H. Richardson – was the work of the partners David and John Jardine. The Real Estate Record and Guide in 1890 called it "quite an imposing piece of architecture".

Lion Brothers Company Building is a historic factory located at 875 Hollins St, Baltimore, Maryland 21201. It is a multi-level building that once housed the operations of the Lion Brothers embroidery company. The original building was constructed in 1885 and expanded several times over the subsequent 75 years. In 1958 the Lion Brothers moved their production facility to another location allowing Marcus & Farber and Globe Screen Printing to move in. The building has been vacant since 2002 and Cross Street Partners has plans to restore the building as a local innovation center.

The Lake Street Historic District is located along the west side of that street, state highway NY 19, in downtown Bergen, New York, United States. It contains several of Romanesque Revival style buildings from the last decades of the 19th century and the first two of the early 20th. Most were built after the village banned wooden buildings following two devastating fires in the area. One is currently used as Bergen's municipal building. 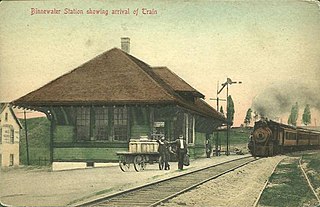 The Binnewater Historic District is a national historic district located at Rosendale in Ulster County, New York, United States. The district originally included nine contributing buildings built during the late 19th and early 20th centuries. They were all frame structures and included a railroad depot, a privy, a general store that was also a post office, a livery stable, two houses, a wagon shed, and two barns. The general store served as an unofficial railroad depot for the Wallkill Valley Railroad from 1875 until 1883, when the railroad constructed the actual station. The station was located too close to Binnewater Road, and was hit repeatedly by trucks. In May 1989, a large piece of the building broke off and fell into the street. The structure was subsequently demolished. 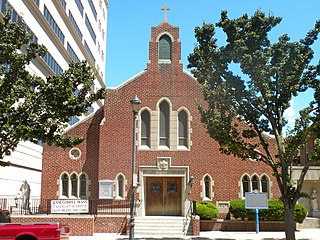 St. Joseph's Catholic Church is a historic Roman Catholic church located at 1012 French Street in Wilmington, New Castle County, Delaware. It was added to the National Register of Historic Places in 2004. 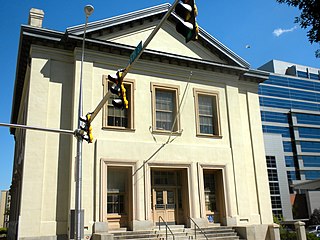 The Old Customshouse is a historic government building at 516 North King Street in Wilmington, Delaware. It was built in 1855 and added to the National Register of Historic Places in 1974.

https://explore.lib.virginia.edu/exhibits/show/architecture-after-jefferson/re-imagining-jefferson/3b-File:Ambox+important.svgThis+article+has+multiple+issues.+Please+help+improve+it+or+discuss+these+issues+on+the+talk+page.+(Learn+how+and+when+to+remove+these+template+messages)++++++File:Edit-clear.svgThis+article's+lead+section+may+not+adequately+summarize+its+contents.+To+comply+with+Wikipedia's+lead+section+guidelines,+please+consider+modifying+the+lead+to+provide+an+accessible+overview+of+the+article's+key+points+in+such+a+way+that+it+can+stand+on+its+own+as+a+concise+version+of+the+article.++(August+2019)+File:Edit-clear.svgThis+article+is+in+list+format,+but+may+read+better+as+prose.+You+can+help+by+converting+this+article,+if+appropriate.+Editing+help+is+available.++(August+2019)+++++(Learn+how+and+when+to+remove+this+template+message)McDonald Brothers founded in 1878 was a Louisville-based firm of architects of courthouses and other public buildings. It was a partnership of brothers Kenneth McDonald, Harry McDonald, and Donald McDonald.

The Lohnam Funeral Home and Livery Stable are located in Milwaukee, Wisconsin. In 1988, the site was added to the National Register of Historic Places. According to its application, it is an "example of a 19th century commercial livery stable in the day". 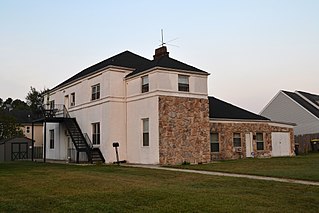 Swanwyck is a historic home located near New Castle in New Castle County, Delaware. It was built between 1813 and 1819, and is a two-story, three bay, stuccoed brick dwelling reflective of the Regency period. The house has been modified by later additions and is now surrounded by 20th century residential development, unlike its original farmland setting.

The Holly Street Livery Stable is a historic livery stable located at 110 E. Holly St. in Pasadena, California. The brick building has an irregular trapezoidal shape, as it was built next to Santa Fe Railroad tracks. Built in 1904, the stable was first used by John Breiner, who ran the Pasadena City Market; Breiner used the stable for the horses and wagons needed to deliver groceries. The stable was also used during the early years of the Rose Parade as both a float construction site and a site for hitching horses to wagons. After the automobile supplanted horse-drawn vehicles, the stable has been used for a variety of other purposes, including a Red Cross thrift store, an auto repair shop, and a furniture warehouse.

Alton Lennon Federal Building and Courthouse, also known as the Customs House, is a historic Federal building and courthouse located at Wilmington, New Hanover County, North Carolina. It was designed by the Office of the Supervising Architect under James A. Wetmore and built between 1916 and 1919. It is an imposing three-story, Classical Revival style light sandstone building. It consists of a central mass with balanced projecting wings having engaged pedimented porticos. The design of the front facade of the earlier 1840s customs house is incorporated into the projecting wings to the cast iron details. The building measures 332 feet by 113 feet. The building was named for U.S. Congressman and Senator Alton Lennon (1906-1986) in 1976. It was used as the outside of the courthouse on seasons 7-9 of Andy Griffith's TV series Matlock on ABC. 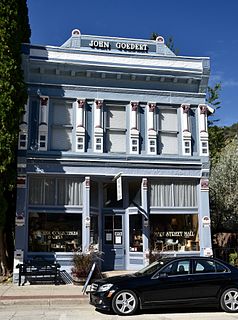 The Goedert Meat Market, also known as the Main Street Mall, is a historic building located in McGregor, Iowa, United States. The two-story, single-unit, brick building was completed in 1890 in the Italianate style. It maintains the only complete cast-iron storefront in town. The storefront was manufactured by Mesker Bros. Front Builders of St. Louis, Missouri. The facility dates from the time when all aspects of the meat business from slaughter, to processing, to sales were housed in one building. The New York-style meat market was built for John Goedert, who maintained his residence upstairs. By the turn of the 20th-century it housed Bergman's deli/butcher shop, and remained a butcher shop until 1944. The building was individually listed on the National Register of Historic Places in 1996. In 2002 it was listed as a contributing property in the McGregor Commercial Historic District.

Franklin Printing House, also known as the Koza Building, is a historic building located in Iowa City, Iowa, United States. It was built in 1856 expressly for the purposes of housing the Iowa Capitol Reporter, a local newspaper named for when this was Iowa's capital city. The newspaper's offices were located on the main floor, the composition room was on the second floor, and printing press was in the basement. The Iowa Capitol Reporter was sold by the 1860s and the Iowa City Republican took over the building. They moved out in the mid-1870s, and the building housed a series of saloons into the 1890s. After it was occupied by a variety of businesses, the building housed John V. Koza's meat shop for about 40 years. The three-story brick building is considered an excellent example of pre-Civil War commercial architecture in Iowa City. The metal cornice across the top of the main facade dates from sometime prior to 1904. The present storefront dates to a 1984 renovation, at which time the two cast iron columns were discovered. The building was listed on the National Register of Historic Places in 1986.

The Miller-Walker House was a single-family home located at 117 McKay Street in Saline, Michigan. It was listed on the National Register of Historic Places in 1985. The house is missing and is presumed to have been demolished some time after 1985.