It was the first sole director credit for John Guillermin. [2] He later called the film "a lemon" but it helped launch his career. [3]

Brothers Cliff and Jim Brandon are a successful writing team specializing in murder mysteries, but Cliff and Jim are almost as disturbed as some of the characters they have created. Whilst researching their latest novel, one of the brothers commits murder, simply to experience the thrill. He then attempts to frame his secretary Joan for the crime. His reason this time is personal: both brothers are in love with Joan, but she prefers one over the other. The saner of the two brothers races against time to save Joan from the gallows and to bring his sibling to justice. [4]

Guillermin had made several films for Adelphi as a producer. One day he saw an elaborate set being torn down and offered Adelphi that he would write a film in three weeks and shoot it in three weeks if he could use the set. They agreed. It did take Guillermin three weeks to write it but six weeks to film. [5]

Guillermin was paid £3,250. According to one writer it was with this film that "Guillermin’s talent for clear, compact, efficient direction became evident: his tautly-shot thriller remains the strongest crime drama in the Adelphi catalogue." [6]

The film was rejected for distribution by the main British cinema circuits but Guillermin found the movie useful in launching his career. [8]

TV Guide wrote, "the story here is nothing new, but the direction is fresh and original. Taking this simplistic plotline, Guillermin manages to inject some good suspense into a modestly budgeted feature. Walsh, Bentley, and Anderson play their roles well and play against one another with skill." [9] 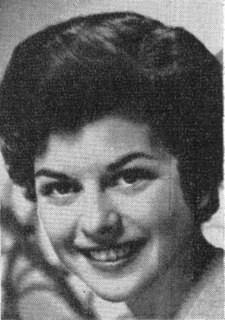 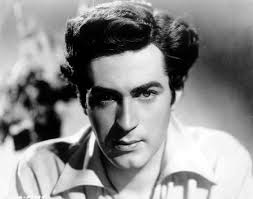 Out of the Shadow is a 1961 British thriller film directed by Michael Winner and starring Terence Longdon, Donald Gray, Diane Clare, Robertson Hare and Dermot Walsh.

Chain of Events is a 1958 British crime film directed by Gerald Thomas based on a radio play by Leo McKern. It features Susan Shaw, Dermot Walsh, Jack Watling, Freddie Mills and Joan Hickson. 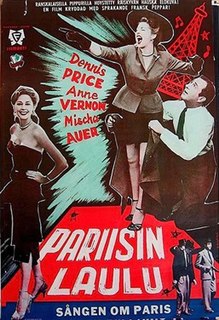 Song of Paris is a 1952 British comedy film directed by John Guillermin and starring Dennis Price, Anne Vernon and Hermione Baddeley. It was shot at Walton Studios outside London. It was distributed in the United States by Lippert Pictures as Bachelor in Paris.

The Floating Dutchman is a 1952 British crime film directed by Vernon Sewell and starring Dermot Walsh, Sydney Tafler and Mary Germaine. It was known as Clue for a Corpse on U.S. TV. The film was an early product of Merton Park Studios, a British company best known for its Edgar Wallace Mysteries of the 1960s. Its plot involves Dermot Walsh as a Scotland Yard detective who goes undercover amongst jewel thieves after a dead Dutchman is found floating in the river. It is based on a 1950 novel of the same title by Nicholas Bentley.

Richard the Lionheart was a British ITV television series which ran from 1961 to 1963, aimed at younger audiences.