Trabuco Hills High School is a high school in Mission Viejo, California, United States. It is in the Saddleback Valley Unified School District.

Below is a selection of significant state and national recognition that THHS has received.

14.0% of the students were eligible for free or reduced-cost lunch. [3]

During their 2010 and 2013 season, the drumline placed 1st in the Percussion Scholastic A Class at the Southern California Percussion Alliance (SCPA) Championships. [4]

The boys' cross country program competes in the South Coast league. In 2006 and 2011 they finished 1st in the Division 1 California State Championship. [5] [6]

The girls' cross country program competes in the South Coast league. They placed 2nd at Cif Finals and 3rd at State in 2013. 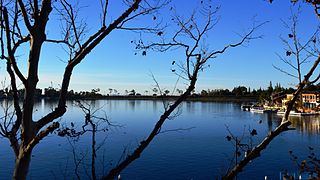 Mission Viejo is a commuter city located within Orange County, California, United States in the Saddleback Valley. Mission Viejo is considered one of the largest master-planned communities ever built under a single project in the United States and is rivaled only by Highlands Ranch, Colorado in its size. Its population as of 2019 was estimated at 94,381. 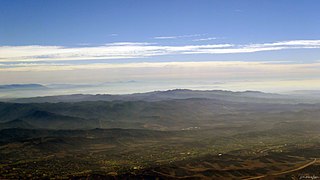 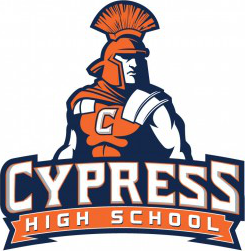 Cypress High School is a public, four-year high school in the city of Cypress, California, one of eight high schools in the Anaheim Union High School District (AUHSD). Cypress was first established in 1973, and honored as a California Distinguished School in 2007.

South Hills High School, often known by its abbreviation SHHS, is a public coeducational high school located in the hills of the eastern part of West Covina, California. There is a common misconception that it is in Covina, east of Los Angeles in the San Gabriel Valley. South Hills High School is part of the Covina-Valley Unified School District. South Hills opened in the fall of 1964, with incoming freshmen, as well as sophomore and junior transfers from Covina and Northview high schools. Its first graduating class was in June, 1966. El Dorado High School is a 9th–12th grade public high school located in Placentia, California. Established in 1966, it is one of four high schools in the Placentia-Yorba Linda Unified School District. The campus is located at 1651 Valencia Avenue, approximately 29 miles from downtown Los Angeles and 18 miles from the California coastline.

Aliso Niguel High School (ANHS), which is part of the Capistrano Unified School District, is located in the city of Aliso Viejo, California. Most of its students reside in the communities of Aliso Viejo and Laguna Niguel. The school is a California Distinguished School, a National Blue Ribbon School, and a New American High School. Aliso Niguel was ranked as number 252 in Newsweek's 2016 list of the top 500 high schools in the nation.

Mission Viejo High School is a four-year comprehensive public high school located in Mission Viejo, California, United States, as part of the Saddleback Valley Unified School District. The school has served the area since 1966. Students within its attendance boundaries live in western Mission Viejo, southwest Lake Forest, Trabuco Canyon, Rancho Santa Margarita, and Laguna Hills. Its mascot is Pablo the Diablo and its colors are scarlet and gold. 230 credits are required to graduate. It is the home to one of the only agricultural farms on a high school campus in the Saddleback Valley Unified School District.

Laguna Hills High School (LHHS) is a public high school located in Laguna Hills, California, which serves the Saddleback Valley Unified School District. Of the district’s four high schools, LHHS is geographically the smallest campus with student enrollment at approximately 1,600 students. The mascot for Laguna Hills is the Hawk, and the official colors are black, brown, and gold. 220 credits are required to graduate from Laguna Hills High School. 89% of LHHS graduates are accepted at 2- or 4-year colleges.

The Sea View League, along with the South Coast League in Orange County, California, make up the ten member high schools of the Coast View Conference, which is part of the California Interscholastic Federation's Southern Section.

Tanner Ross Scheppers is an American professional baseball pitcher who is a free agent. He has played in Major League Baseball (MLB) for the Texas Rangers and in Nippon Professional Baseball for the Chiba Lotte Marines. Prior to playing professionally, he played college baseball at Fresno State.

The Coast View Conference is a high school athletic league that is part of the CIF Southern Section. It is an amalgamation of the Sea View League and the South Coast Leagues.