Triple M Hobart, formerly Heart 107.3 and before that, Magic 107, began as 7HT on 19 April 1937. [1] The station had obtained an FM conversion licence. Subsequently, a consortium led by Andrew Reimer and local Hobart businessman John Bender who obtained financial support, arranged to lease the FM licence.

The station's first local breakfast host was Brett Marley, who had been the former drive host on 7HO FM. The line-up also included well known Melbourne announcer and Hey Hey It's Saturday announcer John Blackman as well as Alan Jones.

In 1998, management negotiated with the TOTE of Tasmania who held an unused FM licence and launched a second FM to join existing station, Triple T. The new station, MAGIC 107, based upon market research, was targeted at 40- to 65-year-olds with a music format of the 1950s, 1960s, and 1970s coupled with John Laws in the morning shift. This strategy was to complement Triple T's focus on an under 40 market. In the initial radio survey, MAGIC 107FM captured over one third of the Hobart radio listeners and dominated its target market.

With the higher audience share of Triple T and the new success of MAGIC 107, the two stations captured an increased advertising revenue representing almost 70% of the market. The success of the two stations attracted the owners of the developing RG Capital radio network to purchase the two stations in July, 2000 and appoint Mr. Reimer as general manager.

In 2006, MAGIC 107 was rebranded as Heart 107.3 (to be aligned with that network of Macquarie Regional Radioworks).

In 2009, Hobart radio duo Kim & Dave moved from Sea FM Hobart, around this time, the Southern Cross Austereo became a major stakeholder in Heart 107.3 and its sister station Sea FM

In 2014 Kim Napier left the "Kim & Dave Show" to work in Adelaide and was replaced by Kylie Baxter, who had been a journalist and newsreader on the former Triple T in the beginnings of the 90s.

On 15 December 2016, The station changed its name to Hobart's 107.3 Triple M to align with Southern Cross Austereo rebranding.

For 2017, Kylie Baxter returned to the Triple M newsroom as a journalist and newsreader, and was replaced by Alison Plath. [2] [3]

In October 2019 after initial speculation that the Dave Noonan Show with Al Plath would not be returning to Hobart Radio in 2020. In a statement released the Executive General Manager of Southern Cross Austereo thanked Noonan for his contribution and work within Hobart Radio "I would like to thank Dave for his outstanding contribution to not only SCA Hobart, but to the wider Hobart community." Noonan's final show was broadcast to Hobart on Friday 18 October 2019 live from the Co-op Toyota dealership in North Hobart as part of Triple M's $200,000 Water & Wheels. It was reported by the Mercury Newspaper that approximately 80 people gathered to share in "Crazy" Dave Noonan's final show.

This MUX is operated by Digital Radio Broadcasting Hobart Pty Ltd, and operates at 20,000W on 202.928Mhz. It utilises vertically polarised transmissions and is co-located in the Broadcast Australia Site on Mt Wellington, the same facility that houses 7XXX's FM service.

TNT is an Australian TV station based in Hobart, Tasmania, owned by Southern Cross Austereo. Originally broadcasting All around Tasmania, it has broadcast to the whole of Tasmania since aggregation of the Tasmanian television market in 1994.

Austereo was an Australian mass media company based in Melbourne. It was founded in 1980 by Paul Thompson, and operated 16 radio stations in metropolitan and regional Australia under the Today Network and Triple M brands. In 2011, the company's majority shareholder Village Roadshow sold its shareholding to Southern Cross Media Group, which began trading as Southern Cross Austereo from 21 July.

B105 is a commercial FM radio station broadcasting in Brisbane, Queensland, Australia, on a frequency of 105.3 MHz, and is part of Southern Cross Austereo's Hit Network. The station has undergone numerous branding changes over the years; it was branded as B105 following its conversion from AM to FM. This lasted until a co-branding as Hit 105.3 B105, then as Hit B105 and finally back to B105 in July 2020.

Grant Broadcasters is an Australian regional radio network that also includes a small number of metropolitan radio stations. It is a privately owned company, held by Janet Cameron and her family.

hit106.9 is a commercial FM radio station broadcasting in Newcastle, New South Wales, Australia, on a frequency of 106.9 MHz, and is part of Southern Cross Austereo's Hit Network. Triple M is a sister station sharing the same building.

Southern Cross Media Group Limited, doing business as Southern Cross Austereo, is an Australian media company which operates broadcast radio and television stations. It is the largest radio broadcaster in Australia, operating 86 radio stations, and has a reach into every state and territory.

Triple M Perth is a commercial radio station owned and operated by Southern Cross Austereo as part of the Triple M network. The station is broadcast to Perth, Western Australia from studios in Subiaco. 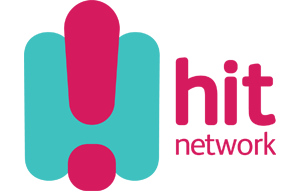 hit100.9 Hobart is part of the Southern Cross Austereo's Hit Network, based in Hobart, Tasmania, Australia.

Brian Carlton is an Australian radio announcer, producer and journalist. He is known professionally on Triple M Hobart, as Spoonman.

The Goulburn Valley's 95.3 Triple M is a commercial radio station broadcasting from Shepparton, Victoria, Australia. It is currently owned by Southern Cross Austereo & broadcasts an Adult Contemporary (AC) format. It features both locally produced content & nationally syndicated content. They have a repeater at Mansfield (91.3FM). It was previously known as '3SR FM' until it was rebranded as Triple M in December 2016, alongside many other Southern Cross Austereo stations. It is a part of the Triple M - Greatest Hits network.

Central Queensland's Triple M is a commercial radio station broadcasting from Rockhampton, Queensland, Australia. It is currently owned by Southern Cross Austereo and broadcasts an Adult Contemporary (AC) format. It features both locally produced content & nationally syndicated content. They have two repeaters, one at Gladstone (95.1FM) & Mount Murchison (101.1FM). It was previously known as '101.5/95.1 Sea FM' until it was rebranded as Triple M in December 2016, alongside many other Southern Cross Austereo stations. It is a part of the Triple M - Greatest Hits network.

Triple M Riverina MIA 963 is an Australian radio station in New South Wales. Owned and operated as part of Southern Cross Austereo's LocalWorks network, it broadcasts a classic hits format to Griffith, New South Wales and surrounding areas. The station launched on 15 September 1936, and marked only the second commercial radio station to launch in the Riverina. The station was formerly operated by DMG Regional Radio, Macquarie Regional RadioWorks, and Southern Cross Media Group - and broadcasts from studios in Griffith alongside sister station hit99.7 Riverina MIA.

The Australian state of Tasmania has several newspapers, magazines and television stations local to the island, and has historically had a strong mass media production environment.