The first Euro Truck Simulator was released on 29 August 2008 for Microsoft Windows and OS X and the first European-developed truck simulation of the games. Players choose their starting country from Austria, Belgium, the Czech Republic, France, Germany, Italy, the Netherlands, Poland, Portugal, Spain, Switzerland, and the United Kingdom (versions 1.2 and 1.3 only). [2] [3] [4] Initially, players only have access to their starting country, unless it contains fewer than three cities, in which case one or more adjacent countries will be accessible as well. For example, if players start the game in Italy or Switzerland, they get connection to the other for free. From there, players choose their first truck with a budget of 100 000 €.

After this, players can start taking jobs from various fictitious companies and delivering cargo to various cities in their starting country to earn money. This money can then be spent on a new truck, upgrading the current truck, expanding the business to other countries, and obtaining a license to drive flammables and chemicals.

The game features European truck models with working instruments such as flashing indicators, temperature and low fuel warning lights, wipers, and gauges. The trucks included are fictionalized variants of the Mercedes-Benz Actros (known as Majestic), the Renault Magnum (known as Runner), the Scania R-series (known as Swift), and the Volvo FH16 (known as Valiant).

The direct sequel to the Euro Truck Simulator, Euro Truck Simulator 2, was released on 19 October 2012 for Microsoft Windows and in 2013 for Linux. [5] [6] Players choose their starting city from various locations in Austria, Belgium, the Czech Republic, France, Germany, Hungary (in the Going East! extension), Italy, Luxembourg, the Netherlands, Poland, Slovakia, Switzerland, and the United Kingdom. [7] [8]

At first, the player can only take what are known as quick jobs. These quick jobs involve the delivery of trailers and goods from one factory (garage) to another (usually involves delivery between different town and states). The quick jobs are offered by logistics and delivery companies in the game and all fuel, servicing, and highway toll fees and costs are paid by the employer (the delivery companies). Therefore, when doing quick jobs, no paying of tolls, fuel, and servicing fees are required. As the player earns money or takes out bank loans, they can eventually afford to buy themselves a truck, which they can buy from truck dealers and truck showrooms (note that the truck dealers and showrooms must be 'discovered' first). With enough money, players can acquire a home garage, and start making more money by delivering cargo using their own truck instead of just being a driver for hire (freight market). Money earned in the game can be spent on upgrading or purchasing new trucks, hiring NPC drivers to take on deliveries (relevant employment agency must be 'discovered' first), buying more garages, and expanding the home garage to accommodate more trucks.

The player gains experience points after each delivery which increases the player's level, and a skill point is awarded after each level-up. Skill points can be used to unlock deliveries that require different ADR classes, longer distance deliveries, special cargo loads, fragile cargo loads, urgent deliveries, and eco-driving. This progression allows the player to take on better-paying jobs.

The game features seventy-seven cities in thirteen countries, over twenty types of cargo, and over fifteen fictional European companies.

The game included two new truck companies, Scania and Renault Trucks, with MAN returning from the original game. DAF, Iveco, Mercedes-Benz, and Volvo trucks were not officially licensed and had their names changed to DAV, Ivedo, Majestic, and Valiant, respectively. Later updates included the official license for DAF, Iveco, and Volvo, and the official branding for the DAF XF, Volvo FH16, and Iveco Stralis. [9] [10] In January 2013, SCS Software announced a downloadable content package called Going East!, expanding the game map into Eastern Europe. The DLC saw the introduction of thirteen new cities across Poland, Slovakia, the Czech Republic, and a new country, Hungary, and was released in September 2013. Unusually, Mercedes-Benz did not want their name to be in Euro Truck Simulator 2,[ citation needed ] and were still referred to as "Majestic". The Mercedes-Benz license was added to the game with version 1.18.1.

American Truck Simulator takes place in North America, and features over 100 cities. The game features American-style conventional trucks, instead of the European cab over trucks found in the previous two games, and was released on 2 February 2016. [11]

In transportation, platooning or flocking is a method for driving a group of vehicles together. It is meant to increase the capacity of roads via an automated highway system.

Hard Truck is a series of trucking simulators and racing video games published in the United States by ValuSoft. The series consists of three main titles and a spin-off. Despite the shared name, this series is a result of poor marketing and misrepresentation of several other Russian game series titles like Дальнобойщики, Ex Machina and 18 Стальных Колес on foreign English speaking market by unscrupulous publisher.

18 Wheels of Steel is a series of trucking simulators developed by SCS Software and published by ValuSoft from 2002 to 2011, as a spin-off of Hard Truck, with the first game becoming the third Hard Truck game released. 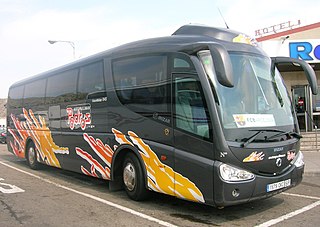 The Irizar PB is a coach body manufactured by the Irizar Group from 2001 to 2015. It was built upon of the wide range of chassis. It was designed by Arup Design Research in the UK. Its revolutionary styling and features led to the variant with a Scania chassis being named European Coach of the Year 2004.

SCS Software s.r.o. is a Czech video game development company based in Prague, Czech Republic. It primarily produces simulation games for Microsoft Windows, macOS, and Linux, including the 18 Wheels of Steel and Truck Simulator series.

Vehicle simulation games are a genre of video games which attempt to provide the player with a realistic interpretation of operating various kinds of vehicles. This includes automobiles, aircraft, watercraft, spacecraft, military vehicles, and a variety of other vehicles. The main challenge is to master driving and steering the vehicle from the perspective of the pilot or driver, with most games adding another challenge such as racing or fighting rival vehicles. Games are often divided based on realism, with some games including more realistic physics and challenges such as fuel management.

Euro Truck Simulator is a 2008 truck simulation game developed and published by SCS Software, set in Europe. The player can drive across a depiction of Europe, visiting its cities, picking up a variety of cargo, and delivering them. Over 300,000 copies of the game have been sold in Europe. Its follow-up, Euro Truck Simulator 2, was released in 2012.

Euro Truck Simulator 2 is an open world truck simulator game developed and published by SCS Software for Microsoft Windows, Linux, and macOS and was initially released as open development on 19 October 2012. The game is a direct sequel to the 2008 game Euro Truck Simulator and it is the second video game in the Truck Simulator series. The basic premise of the game is that the player can drive one of a choice of articulated trucks across a condensed depiction of Europe, picking up cargo from various locations and delivering it. As the game progresses, it is possible for the player to buy more vehicles and depots, as well as hire other drivers to work for them. The game has a never-ending play style. 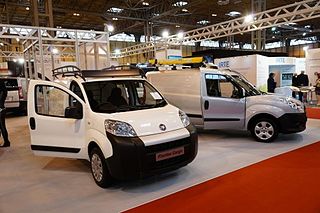 The Commercial Vehicle Show takes place every year in April at the NEC Birmingham since 2000. 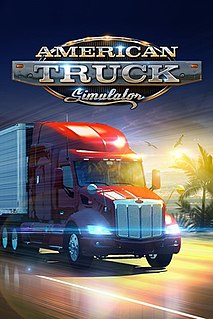 American Truck Simulator is a truck simulator game developed and published by the Czech company SCS Software. It was announced as being in development in September 2013 and unveiled at the E3 2015. It was released on 2 February 2016 for Microsoft Windows, Linux, and macOS. The game is the parallel sequel to Euro Truck Simulator 2, the spiritual successor of 18 Wheels of Steel, and the third installment in the Truck Simulator series. Set in a condensed depiction of United States, the player can drive one of a choice of American-style conventional trucks, visiting various locations across the U.S., picking up a variety of cargos, and delivering them to its destination. Since its release, the game has sold over 2 million copies on Steam.

Scania Truck Driving Simulator: The Game is a truck simulator game developed by SCS Software for Microsoft Windows and macOS. It was released as a promotional product for the later-published Euro Truck Simulator 2 on 8 June 2012. 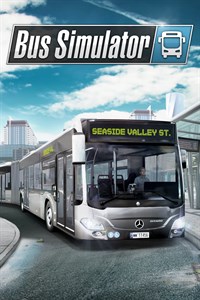 Bus Simulator 18 is a bus simulator game developed by Stillalive Studios and published by Astragon Entertainment for Microsoft Windows, PlayStation 4, and Xbox One. It is powered by Unreal Engine 4 and was initially available on the 13th of June 2018 worldwide. It is the fifth game in the Bus Simulator franchise and is the direct sequel to Bus Simulator 16. A sequel titled Bus Simulator 21 is set to be released in 2021. 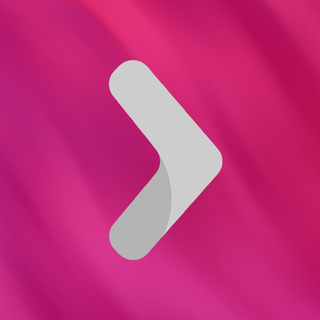 TruckersFM, also known as Truckers.FM or TFM, is an independent online radio station created by the Euro Truck Simulator 2 and American Truck Simulator community, and also features in other simulator genres such as Farming Simulator. The station was founded in October 2015 by brothers Alexander and Joshua Blackman.

Bus Simulator 16 is a bus simulator game developed by Stillalive studios and published by Astragon Entertainment for Microsoft Windows and macOS. It is powered by Unity and was available on 3 March 2016 worldwide. It is the fourth game in the Bus Simulator series. A sequel titled Bus Simulator 18 was released in 2018.

Bus Simulator 21 is a bus simulator game developed by Stillalive Studios and published by Astragon Entertainment. It is developed on the Unreal Engine 4. It is the sixth in the Bus Simulator series, and is the direct sequel to Bus Simulator 18. The game has been released on 7 September 2021 for Microsoft Windows, PlayStation 4 & Xbox One.