Last updated March 01, 2022
Not to be confused with Trumpington Street or Trumpington High Street.

There are several schools on Trumpington Road:

The Cambridge University Botanic Garden is to the east of Trumpington Road. [3]

Hobson's Conduit runs along the northern part of Trumpington Road. [4] This used to be an important water supply for Cambridge. [5] A major fire in 1849 meant that a new fountain for the Market Place branch of Hobson's Conduit was erected in 1855. The previous structure was moved to the corner of Trumpington Road and Lensfield Road in 1856 as a monument to Thomas Hobson. [3]

Thomas Hobson was an English carrier, best known as the origin of the expression Hobson's choice. 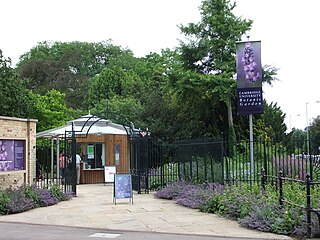 The Cambridge University Botanic Garden is a botanical garden located in Cambridge, England, associated with the university Department of Plant Sciences. It lies between Trumpington Road to the west, Bateman Street to the north and Hills Road to the east. 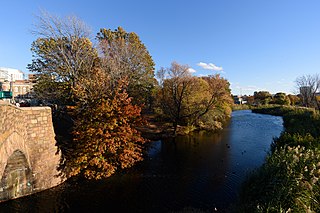 The Back Bay Fens, often called The Fens, is a parkland and urban wild in Boston, Massachusetts, in the United States. It was established in 1879. Designed by Frederick Law Olmsted to serve as a link in the Emerald Necklace park system, the Fens gives its name to the Fenway-Kenmore neighborhood. 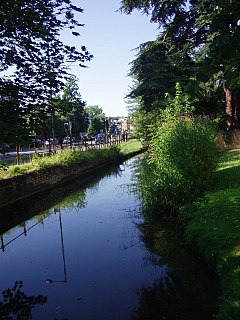 The A505 is an A-class road in England. It follows part of the route of the Icknield Way and the corresponding Icknield Way Path and runs from Leighton Buzzard, Bedfordshire to the A11, Cambridgeshire near Abington and Sawston. Being built in the East of England countryside, the majority of the road is flat, and some of the road is raised. 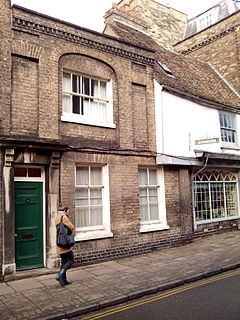 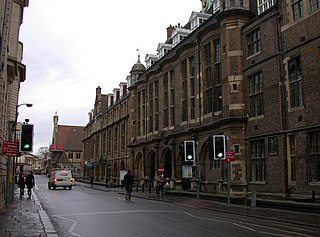 Downing Street is a street in central Cambridge, England. It runs between Pembroke Street and Tennis Court Road at the western end and a T-junction with St Andrew's Street at the eastern end. Corn Exchange Street and St Tibbs Row lead off to the north. Downing Place leads off to the south. 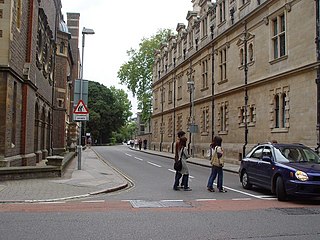 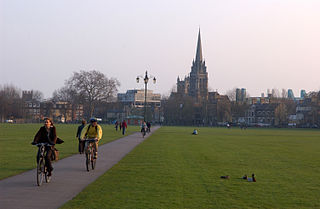 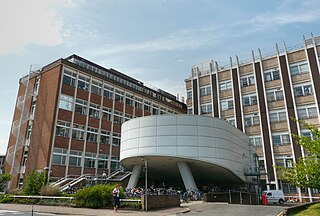 Market Hill is the location of the marketplace in central Cambridge, England. Operating as a marketplace since Saxon times, a daily outdoor market with stalls continues to run there. 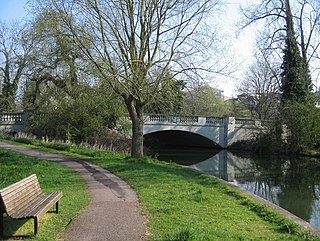 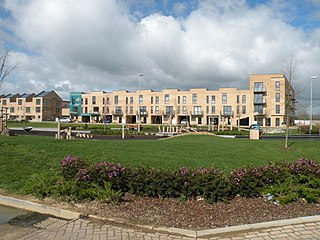 Great Kneighton is a large housing development and residential area in the southern part of the City of Cambridge district of Cambridgeshire, adjacent to, and integrated with, the neighbouring village of Trumpington. Together with nearby development Trumpington Meadows, it forms part of the southern fringe expansion of the city. Currently nearing completion by developers Countryside Properties, it will ultimately consist of almost 2,300 homes.