University of Kansas School of Business

The Association to Advance Collegiate Schools of Business has accredited the KU School of Business for its business and accounting programs. KU is one of only three universities in the Kansas City region to offer an MBA degree with this highest and most prestigious accreditation level. [1]

The KU School of Business offers undergraduate, graduate and Ph.D. programs across disciplines.

Bachelor of Science in Business programs are offered in six majors and four optional concentrations. [2]

More than one-third of KU Business undergraduate students study abroad – tripling the national average – and one-half of the School’s full-time graduate students take advantage of at least one overseas opportunity at KU. In addition, seventy percent of KU Business faculty have conducted international research or taught abroad in the last three years. [4]

The KU School of Business offers several free, public lectures each year that bring national and international authorities to campus to share their perspective on major issues. [5]

The University of Kansas (KU) is a public research university with its main campus in Lawrence, Kansas, and several satellite campuses, research and educational centers, medical centers, and classes across the state of Kansas. Two branch campuses are in the Kansas City metropolitan area on the Kansas side: the university's medical school and hospital in Kansas City, the Edwards Campus in Overland Park, a hospital and research center in the state's capital of Topeka, and a hospital and research center in Hays. There are also educational and research sites in Garden City, Hays, Leavenworth, Parsons, and Topeka, an agricultural education center in rural north Douglas County, and branches of the medical school in Salina and Wichita. The university is a member of the Association of American Universities and is classified among "R1: Doctoral Universities – Very high research activity". 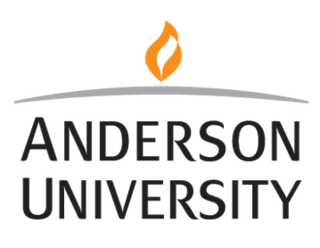 The University of Baltimore (UB) is a public university in Baltimore, Maryland. It is part of the University System of Maryland. UB's schools and colleges provide education in business, law, public affairs, and the applied arts and sciences.

The University of St. Thomas is a private Catholic university in Greater Houston, Texas. Founded in 1947 by Basilian Fathers, it is the only Catholic university in the Archdiocese of Galveston-Houston. Its main campus is in Montrose, Houston; St. Mary's Seminary is a separate campus, and it has an additional campus in Conroe.

Fitchburg State University is a public university in Fitchburg, Massachusetts. It has over 3,500 undergraduate and over 1650 graduate/continuing education students, for a total student body enrollment over 5200. The university offers undergraduate and graduate degrees in 25 academic disciplines. The main campus, the McKay Campus School, and athletic fields occupy 79 acres (320,000 m2) in the city of Fitchburg; the biological study fields occupy 120 acres (490,000 m2) in the neighboring towns of Lancaster, Leominster, and Lunenburg.

Kutztown University of Pennsylvania is a public university in Kutztown, Pennsylvania. It is part of the Pennsylvania State System of Higher Education (PASSHE) and is accredited by the Middle States Association of Colleges and Secondary Schools. Pennsylvania Department of Education

Chapman University is a private university in Orange, California. It encompasses ten schools and colleges, including Fowler School of Engineering, Dodge College of Film and Media Arts, Fowler School of Law, and Schmid College of Science and Technology, and is classified among "R2: Doctoral Universities – High research activity". The university says that it is not Christian college, but has had a relationship with the Disciples of Christ since the university's founding and the United Church of Christ since 2011.

Kathmandu University (KU) is a public autonomous university in Nepal. It is the third oldest university in Nepal, located in Dhulikhel of Kavrepalanchok District, about 30 km east of Kathmandu. It was established in 1991 with the motto "Quality Education for Leadership." KU operates through its seven schools, and campuses in Dhulikhel, Patan, Lalitpur and Bhaktapur. The university offers undergraduate, graduate and postgraduate courses in a variety of fields.

The McCombs School of Business, also referred to as the McCombs School or simply McCombs, is a business school at The University of Texas at Austin (U.S.). In addition to the main campus in Downtown Austin, McCombs offers classes outside Central Texas in Dallas, Houston and internationally in Mexico City. The McCombs School of Business offers undergraduate, master's, and doctoral programs for their average 13,000 students each year, adding to its 98,648 member alumni base from a variety of business fields. In addition to traditional classroom degree programs, McCombs is home to 14 collaborative research centers, the international business plan competition: Venture Labs Investment Competition, and executive education programs.

The Robert Emmett McDonough School of Business, commonly shorted to the McDonough School of Business and abbreviated as the MSB, is the business school of Georgetown University in Washington, D.C. Founded in 1957, it grants both undergraduate and graduate degrees, and is one of the university's nine constituent schools. Since 1998, the school has been named in honor of Georgetown alumnus Robert Emmett McDonough.

Angelina College is a public community college with its main campus in Lufkin, Texas, United States. It has nine off-campus centers in Crockett, Hemphill, Jasper, Livingston, Nacogdoches, Pineland, San Augustine, Trinity, and Woodville. The college enrolls upwards of 5,000 students in its undergraduate degree programs. In addition to its academic/vocational programs, the college has a community services division, which oversees the college's Adult Education Consortium, Continuing Education Units, and Career Development initiatives. 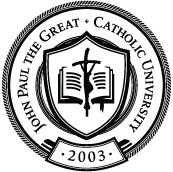 John Paul the Great Catholic University (JPCatholic) is a private Roman Catholic university in Escondido, California. It currently offers Bachelor of Science degrees and a Bachelor of Arts degree. 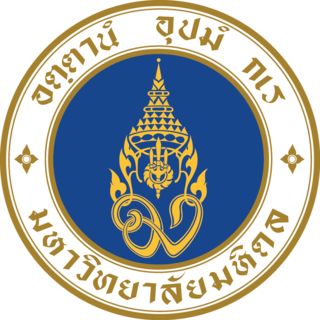 The University of Kansas opened its Edwards Campus in December 1992 and the most recent enrollment numbers from Fall 2018 enrollment report 2101 students. KU Edwards currently offers more than 50 bachelor's degrees, master's degrees and certificate programs. The Edwards Campus is located in Overland Park, Kansas, in the Kansas City metropolitan area. Its four buildings are situated on 34.8 acres at 127th Street and Quivira Road. Since opening, the Edwards Campus has contributed more than $500 million to the Johnson County economy through education, research and service initiatives.