Last updated February 23, 2021
American academic publisher
Not to be confused with University of Washington Press.

The University of Wisconsin Press (sometimes abbreviated as UW Press) is a non-profit university press publishing peer-reviewed books and journals. It publishes work by scholars from the global academic community; works of fiction, memoir and poetry under its imprint, Terrace Books; and serves the citizens of Wisconsin by publishing important books about Wisconsin, the Upper Midwest, and the Great Lakes region.

The Press was founded in 1936 in Madison and is one of more than 120 member presses in the Association of American University Presses. The Journals Division was established in 1965. The Press employs approximately 25 full and part-time staff, produces 40 to 60 new books a year, and publishes 11 journals. It also distributes books and some annual journals for selected smaller publishers. The Press is a unit of the Graduate School of the University of Wisconsin–Madison and serves the university's overall mission of research, instruction, and outreach beyond the university.

Since its first book appeared in 1937, the Press has published and distributed more than 3,000 titles. The Press has more than 1,400 titles currently in print, including:

In 2003, the Press acquired the publishing company Popular Press, which specialized in works on popular culture. [4]

Books and authors published by the Press have won The American Book Award from the Before Columbus Foundation, the Lambda Literary Award, the Sue Kaufman Prize for First Fiction, [5] Independent Publisher Book Awards, [6] NEA Literature Fellowships, the Guggenheim Fellowship, [7] Publishing Triangle Awards, and other honors.

David Israel Kertzer is an American anthropologist, historian, and academic leader specializing in the political, demographic, and religious history of Italy. He is the Paul Dupee, Jr. University Professor of Social Science, Professor of Anthropology, and Professor of Italian Studies at Brown University. His book The Pope and Mussolini: The Secret History of Pius XI and the Rise of Fascism in Europe (2014) won the 2015 Pulitzer Prize for Biography or Autobiography. 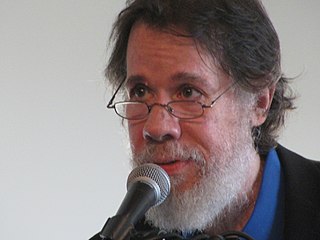 Martín Espada is a Latino poet, and professor at the University of Massachusetts Amherst, where he teaches poetry. Puerto Rico has frequently been featured as a theme in his poems.

Bob Hicok is an American poet.

Robert Louis Peters was an American poet, critic, scholar, playwright, editor, and actor. He held a Ph.D in Victorian literature. Born in an impoverished rural area of northern Wisconsin in 1924, his poetry career began in 1967 when his young son Richard died unexpectedly of spinal meningitis. The book commemorating this loss, Songs for a Son, was selected by poet Denise Levertov to be published by W. W. Norton in 1967, and it still remains in print. Songs for a Son began a flood of poetry.

The University of Utah Press is the independent publishing branch of the University of Utah and is a division of the J. Willard Marriott Library. Founded in 1949 by A. Ray Olpin, it is also the oldest university press in Utah. The mission of the Press is to "publish and disseminate scholarly books in selected fields, as well as other printed and recorded materials of significance to Utah, the region, the country, and the world."

Felix Pollak was an American librarian, translator, and poet.

Awadh Kishore Narain was an Indian historian, numismatist and archaeologist, who published and lectured extensively on the subjects related to South and Central Asia. He was well known for his book, The Indo-Greeks, published by Clarendon Press in 1957, in which he discussed the thesis of British historian Sir William Woodthorpe Tarn.

Tupelo Press is an American not-for-profit literary press founded in 1999. It produced its first titles in 2001, publishing poetry, fiction and non-fiction. Originally located in Dorset, Vermont, the press has since moved to North Adams, Massachusetts.

Angela Sorby is an American poet, professor, and literary scholar. 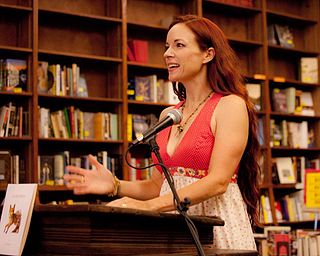 Beth Ann Fennelly is an American poet and prose writer and is the Poet Laureate of Mississippi.

James P. Leary is a folklorist and scholar of Scandinavian studies, and a professor at the University of Wisconsin–Madison.

Rita Mae Reese is an American poet, fiction writer, and marketing director at Headmistress Press, an independent publisher of chapbooks and full-length collections by lesbian poets.

Cathy Colman is an American poet, teacher and editor. Her first book, Borrowed Dress, won the 2001 Felix Pollak Prize for Poetry from the University of Wisconsin Press, chosen by Mark Doty. It made the Los Angeles Times bestseller list in October, 2001. Her second book, Beauty's Tattoo, was published by Tebot Bach Publications in 2009. Her third book, Time Crunch is published by What Books Press, October, 2019.

Jeri McCormick is a Wisconsin-based poet with Appalachian roots.