W. W. Norton & Company is an American publishing company based in New York City. Established in 1923, It has been owned wholly by its employees since the early 1960s. The company is known for its Norton Anthologies (particularly The Norton Anthology of English Literature ) and its texts in the Norton Critical Editions series, both of which are frequently assigned in university literature courses. [3]

The roots of the company date back to 1923, when William Warder Norton founded the firm with his wife Mary Dows Herter Norton, and became its first president. In the 1960s, Mary Norton offered most of her stock to its leading editors and managers. [4] Storer D. Lunt took over in 1945 after Norton's death, and was succeeded by George Brockway (1957–1976), Donald S. Lamm (1976–1994), W. Drake McFeely (1994–2017), [5] and Julia A. Reidhead (2017–present). Reidhead was vice president and publishing director of Norton's College division and a former editor of the Norton Anthologies. [6]

Norton Anthologies collect canonical works from various literatures; perhaps the best known anthology in the series is the Norton Anthology of English Literature , as of 2018 [update] , in its 10th edition. Norton Anthologies offer general headnotes on each author, a general introduction to each period of literature, and annotations for every anthologized text.

Like Oxford World's Classics and Penguin Classics, Norton Critical Editions provide reprints of classic literature and in some cases, classic non-fiction works. However, unlike most critical editions, all Norton Critical Editions are sourcebooks that provide a selection of contextual documents and critical essays along with an edited text. Annotations to the text are provided as footnotes, rather than endnotes as well.

The States and the Nation

The States and the Nation series was published in celebration of the United States Bicentennial. It comprised 51 volumes, one for each state and the District of Columbia. The series was administered by the American Association for State and Local History via a grant from the National Endowment for the Humanities. [7] 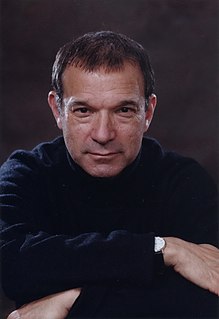 The Wanderer is an Old English poem preserved only in an anthology known as the Exeter Book, a manuscript dating from the late 10th century. It counts 115 lines of alliterative verse. As is often the case in Anglo-Saxon verse, the composer and compiler are anonymous, and within the manuscript the poem is untitled. 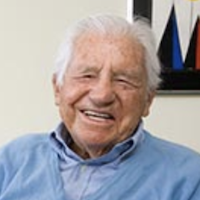 Meyer Howard "Mike" Abrams, usually cited as M. H. Abrams, was an American literary critic, known for works on romanticism, in particular his book The Mirror and the Lamp. Under Abrams's editorship, The Norton Anthology of English Literature became the standard text for undergraduate survey courses across the U.S. and a major trendsetter in literary canon formation.

David Martin Bevington was an American literary scholar. He was the Phyllis Fay Horton Distinguished Service Professor Emeritus in the Humanities and in English Language & Literature, Comparative Literature, and the College at the University of Chicago, where he taught since 1967, as well as chair of Theatre and Performance Studies. "One of the most learned and devoted of Shakespeareans," so called by Harold Bloom, he specialized in British drama of the Renaissance, and edited and introduced the complete works of William Shakespeare in both the 29-volume, Bantam Classics paperback editions and the single-volume Longman edition. After accomplishing this feat, Bevington was often cited as the only living scholar to have personally edited Shakespeare's complete corpus.

"To a Mouse, on Turning Her Up in Her Nest With the Plough, November, 1785" is a Scots-language poem written by Robert Burns in 1785, and was included in the Kilmarnock volume and all of the poet's later editions, such as the Poems, Chiefly in the Scottish Dialect . According to legend, Burns was ploughing in the fields and accidentally destroyed a mouse's nest, which it needed to survive the winter. In fact, Burns's brother claimed that the poet composed the poem while still holding his plough.

The Norton Anthology of English Literature is an anthology of English literature published by the W. W. Norton & Company, one of several such compendiums. First published in 1962, it has gone through ten editions; as of 2006 there are over eight million copies in print, making it the publisher's best-selling anthology. M. H. Abrams, a critic and scholar of Romanticism, served as General Editor for its first seven editions, before handing the job to Stephen Greenblatt, a Shakespeare scholar and Harvard professor. The anthology provides an overview of poetry, drama, prose fiction, essays, and letters from Beowulf to the beginning of the 21st century. 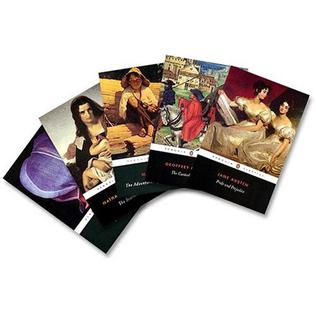 Penguin Classics is an imprint of Penguin Books under which classic works of literature are published in English, Spanish, Portuguese, and Korean among other languages. Literary critics see books in this series as important members of the Western canon, though many titles are translated or of non-Western origin; indeed, the series for decades from its creation included only translations, until it eventually incorporated the Penguin English Library imprint in 1986. The first Penguin Classic was E. V. Rieu's translation of The Odyssey, published in 1946, and Rieu went on to become general editor of the series. Rieu sought out literary novelists such as Robert Graves and Dorothy Sayers as translators, believing they would avoid "the archaic flavour and the foreign idiom that renders many existing translations repellent to modern taste". 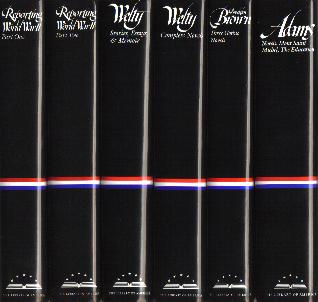 The Library of America (LOA) is a nonprofit publisher of classic American literature. Founded in 1979 with seed money from the National Endowment for the Humanities and the Ford Foundation, the LOA has published over 300 volumes by authors ranging from Mark Twain to Philip Roth, Nathaniel Hawthorne to Saul Bellow, and includes the selected writings of several U.S. presidents.

The Norton Anthology of Literature by Women: The Traditions in English, published by W. W. Norton & Company, is one of the Norton Anthology series for use in English literary studies. It is edited by Sandra Gilbert and Susan Gubar. This volume is dedicated to exploring the history of English-speaking women's involvement in the literary world, the traditions of which women writers have been a part, and the experiences women share, with the second and third edition giving more emphasis to how those experiences are shaped by differing cultural, racial, religious, socioeconomical, and sexual backgrounds. Norton released the third edition of the Norton Anthology of Literature by Women in February 2007, expanding the new edition into a two-volume set along with a companion reader. Additional material added sixty-one additional authors to the anthology, bringing the total to 219. The additional material expanded on the interest in current women's literature scholarship in the effects of diverse backgrounds on women's experiences. 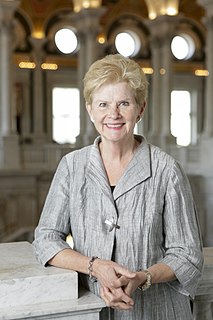 Jane Dammen McAuliffe is a prominent American educator, scholar of Islam and the inaugural Director of National and International Outreach at the Library of Congress. She is a President Emeritus of Bryn Mawr College and former Dean of Georgetown College at Georgetown University. As a specialist in the Qur'an and its interpretation, McAuliffe has edited the six-volume Encyclopaedia of the Qurʾān and continues to lead the editorial team for the online edition of the work. She held previous appointments at Emory University as professor and associate dean and at the University of Toronto as Chair of the Department for the Study of Religion and Professor of Islamic Studies in the Department of Near and Middle Eastern Civilizations. She received her BA in Philosophy and Classics from Trinity Washington University and her MA in religious studies and PhD in Islamic studies from the University of Toronto.

Les Belles Lettres is a French publisher specialising in the publication of ancient texts such as the Collection Budé.

Peter Hunt is a British scholar who is Professor Emeritus in English and children's literature at Cardiff University, UK.

Marilyn Chin (陈美玲) is a prominent Chinese American poet and writer, an activist and feminist, an editor and Professor of English. She is well-represented in major canonical anthologies and textbooks and her work is taught all over the world. Marilyn Chin's work is a frequent subject of academic research and literary criticism. Marilyn Chin has read her poetry at the Library of Congress.

Broadview Press is an independent academic publisher that focuses on the humanities. Founded in 1985 by Don LePan, the company now employs over 30 people, has over 800 titles in print, and publishes approximately 40 titles each year. Broadview's offices are located across Canada in Calgary, Peterborough, Nanaimo, Guelph and Wolfville.