Hal Ronald Varian (born March 18, 1947 in Wooster, Ohio) is Chief Economist at Google and holds the title of emeritus professor at the University of California, Berkeley where he was founding dean of the School of Information. Varian is an economist specializing in microeconomics and information economics.

Hal Varian was born on March 18, 1947 in Wooster, Ohio. He received his B.S. from MIT in economics in 1969 and both his M.A. in mathematics and Ph.D. in economics from the University of California, Berkeley in 1973.

Varian joined Google in 2002 as chief economist, and has worked on the design of advertising auctions, econometrics, finance, corporate strategy, and public policy.

Varian is the author of two bestselling textbooks: Intermediate Microeconomics, [2] an undergraduate microeconomics text, and Microeconomic Analysis, an advanced text aimed primarily at first-year graduate students in economics. Together with Carl Shapiro, he co-authored Information Rules: A Strategic Guide to the Network Economy and The Economics of Information Technology: An Introduction. [3] According to the Open Syllabus Project, Varian is the fourth most frequently cited author on college syllabi for economics courses. [4]

Varian is married and has one child, Christopher Max Varian. [5] 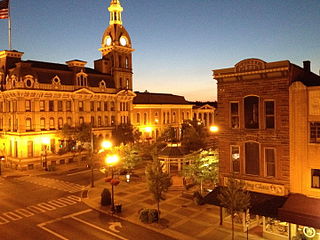 Wooster is a city in the U.S. state of Ohio and the county seat of Wayne County. The municipality is located in northeastern Ohio approximately 50 mi (80 km) SSW of Cleveland, 35 mi (56 km) SW of Akron and 30 mi (48 km) W of Canton. The population was 24,811 at the 2000 census and 26,119 at the 2010 Census. The city is the largest in Wayne County, and the center of the Wooster Micropolitan Statistical Area. Wooster has the main branch and administrative offices of the Wayne County Public Library.

George Arthur Akerlof is an American economist who is a university professor at the McCourt School of Public Policy at Georgetown University and Koshland Professor of Economics Emeritus at the University of California, Berkeley. He won the 2001 Nobel Memorial Prize in Economic Sciences. 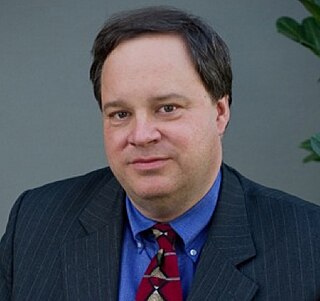 Randolph Preston McAfee is an American economist and distinguished scientist at Google. Previously, he served as chief economist at Microsoft. He has also served as an economist at Google, vice president and research fellow at Yahoo! Research, where he led the Microeconomics and Social Systems group, and was the J. Stanley Johnson Professor of Business, Economics, and Management at the California Institute of Technology, where he was the executive officer for the social sciences. He has taught business strategy, managerial economics, and introductory microeconomics.

Carl Eugene Walsh, is an American economist. He has been an economics professor at the University of California, Santa Cruz since 1987, and Distinguished Professor of Economics and chair of the Economics Department at the university since 2010. He has also served in several positions in the Federal Reserve System.

Carl Shapiro is the Transamerica Professor of Business Strategy at the Haas School of Business at the University of California, Berkeley. He is the co-author, along with Hal Varian, of Information Rules: A Strategic Guide to the Network Economy, published by the Harvard Business School Press. On February 23, 2011, The Wall Street Journal reported that President Barack Obama intended to nominate Shapiro to his Council of Economic Advisers.

Information Rules is a 1999 book by Carl Shapiro and Hal Varian applying traditional economic theories to modern information-based technologies. The book examines commercial strategies appropriate to companies that deal in information, given the high "first copy" and low "subsequent copy" costs of information commodities, such as music CDs or original texts. 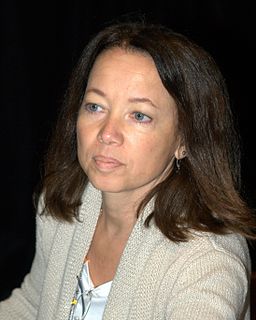 Robin Elizabeth Wells is an American economist. She is the co-author of several economics texts.

Steven M. Sheffrin is an economist who focuses on property tax limitations in the United States. He is the Director of Tulane University’s Murphy Institute and a Professor of economics. Sheffrin is an expert in state taxation and served as a member on Louisiana's state Task Force on the Structural Changes in Budget and Tax Policy in 2016.

Christopher Mark Snyder is an American economist and the Joel Z. and Susan Hyatt Professor of Economics at Dartmouth College. He is the co-author of two textbooks, Microeconomic Theory: Basic Principles and Extensions and Intermediate Microeconomics and its Application.

Daniel Lee Rubinfeld is an American economist specializing in public economics and law and economics. He is a professor of law at the New York University School of Law, as well as the Robert L. Bridges Professor Emeritus of Law and Professor Emeritus of Economics at the University of California, Berkeley. He is the author of two textbooks: Microeconomics and Econometric Models and Economic Forecasts.

Michael A. Schwarz is an economist who specializes in marketplace design and decision-making theory. He is known especially for his role in designing advertising auctions for technology companies.