Google Cloud Messaging (GCM) was a mobile notification service developed by Google that enables third-party application developers to send notification data or information from developer-run servers to applications that target the Google Android Operating System, as well as applications or extensions developed for the Google Chrome internet browser. It was available to developers free of charge. The GCM Service was first announced in June 2012 [1] as a successor to Google's now-defunct Android Cloud to Device Messaging (C2DM) service, citing improvements to authentication and delivery, new API endpoints and messaging parameters, and the removal of limitations on API send-rates and message sizes. [2] It has been superseded by Google's Firebase Cloud Messaging (FCM) on May 29, 2019. [3]

The transition to Google Cloud Messaging was first announced when the Android service was unveiled on June 27, 2012, at Google I/O. [7] Shortly after announcing the Google Cloud Messaging service, Google published documentation to guide application developers with migrating from the C2DM and onto the new service. [8] Migrating to the service required SDK and code changes, as well as a release of an application update to the publish repository (such as Google Play) for downloading and updating.

The Chrome service was announced before Google I/O 2013 in a blog post titled 'Building efficient apps and extensions with push messaging.' [9]

Google Cloud Messaging functions using server APIs and SDKs, both maintained by Google. The GCM has the ability to send push notifications, deep-linking commands, and application data. Larger messages can be sent with up to 4 KB of payload data. [10]

Upon allowing the application permission to receive and display notifications, the client application sends a registration API request to the Google Cloud Messaging interface to begin the registration process. The GCM Service receives and acknowledges the request and responds by giving the device a GCM Registration ID, a unique identifier that the developer later uses to send a notification to the individual device. The identifier is stored onto the device, and is typically sent to the developer's application server to be stored. The GCM Registration ID is a randomly-generated identifier that does not contain any personal or device information that could allow a developer to discover the personal identity of the user. [11] When the developer wishes to send a notification event to a device, the process begins with an API POST request being sent to the GCM Authentication Service. The POST request includes the GCM Registration ID, priority, optional values and links, and the information that is to be displayed on the device upon its arrival. Upon successful verification of the GCM Registration ID and other credentials, an authentication token is returned. Both identifiers are then sent to the GCM Service to be enqueued and delivered to the device.

Google I/O is an annual developer conference held by Google in Mountain View, California. "I/O" stands for Input/Output, as well as the slogan "Innovation in the Open". The event's format is similar to Google Developer Day. 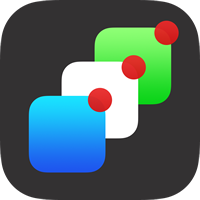 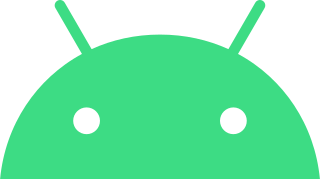 The Android Debug Bridge is a programming tool used for the debugging of Android-based devices. The daemon on the Android device connects with the server on the host PC over USB or TCP, which connects to the client that is used by the end-user over TCP. Made available as open-source software under the Apache License by Google since 2007, features include a shell and the possibility to make backups. The adb software is compatible with Windows, Linux and macOS. It has been misused by botnets and other malicious software, for which mitigations were developed such as RSA authentication and device whitelisting.

A notification service provides means to send a notice to many persons at once. For example, if a flood were likely, residents of a community could be warned it's time to evacuate. If a school were suddenly closed for the day, students or parents could be told not come to school, or told to report to an alternate location. American Airlines can notify passengers by cellphone two hours before a flight's departure with information on the flight's status and gate number. 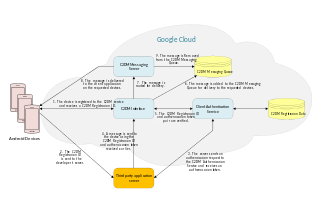 Android Cloud to Device Messaging, or C2DM, is a defunct mobile notification service that was developed by Google and replaced by the Google Cloud Messaging service. It enabled developers to send data from servers to Android applications and Chrome extensions. C2DM originally launched in 2010 and was available beginning with version 2.2 of Android. On June 27, 2012, Google unveiled the Google Cloud Messaging service aimed at replacing C2DM, citing improvements to authentication and delivery, new API endpoints and messaging parameters, and the removal of API rate limits and maximum message sizes. Google announced official deprecation of the C2DM service in August 2012, and released documentation to assist developers with migrating to the new service. The C2DM service was discontinued for existing applications and completely shut down on October 20, 2015.

Android Froyo is the sixth version of Android and is a codename of the Android mobile operating system developed by Google, spanning versions between 2.2 and 2.2.3. Those versions are no longer supported. It was unveiled on May 20, 2010, during the Google I/O 2010 conference. Starting on the 27th of September 2021, Google will no longer allow sign-in on Android devices that run Android 2.3.7 Gingerbread or lower. Now requiring Android 3.0 or 4.0

Google APIs are application programming interfaces (APIs) developed by Google which allow communication with Google Services and their integration to other services. Examples of these include Search, Gmail, Translate or Google Maps. Third-party apps can use these APIs to take advantage of or extend the functionality of the existing services.

Google Cast is a proprietary protocol developed by Google for playing Internet-streamed audio/video content on a compatible consumer device. The protocol is used to initiate and control playback of content on digital media players, high-definition televisions, and home audio systems using a mobile device, personal computer, or smart speaker. The protocol was first launched on July 24, 2013, to support Google's first-generation Chromecast player. The Google Cast SDK was released on February 3, 2014, allowing third parties to modify their software to support the protocol. According to Google, over 20,000 Google Cast-ready apps were available as of May 2015. Support for Google Cast has since been integrated into subsequent devices, such as the Nexus Player and other Android TV devices, as well as soundbars, speakers, and later models of the Chromecast. Consumer devices that natively support the protocol are marketed as Chromecast built-in. As of October 2017, over 55 million Chromecasts and Chromecast built-in devices have been sold.

Google Play Services is a proprietary background service and API package produced by Google for Android devices. When it was introduced in 2012, it provided access to the Google+ APIs and OAuth 2.0. It expanded to cover a variety of Google services, allowing applications to communicate with the services through common means.

PubNub is a Realtime Communication Platform and realtime infrastructure-as-a-service (IaaS) company based in San Francisco, California. The company makes products for software and hardware developers to build realtime web, mobile, and Internet of Things (IoT) applications.