Wall was born in Cork city in 1955, but he was raised in the coastal village of Whitegate. He received his secondary education at the Christian Brothers School in Midleton. He progressed to University College Cork where he graduated in Philosophy and English.

In 1997, Wall won the Patrick Kavanagh Poetry Award. He published his first collection of poetry in that year. His first novel, Alice Falling, a dark study of power and abuse in modern-day Ireland, appeared in 2000. He is the author of four novels, two collections of poetry and one of short stories.

In 2005, This Is The Country appeared. A broad attack on politics in "Celtic Tiger" Ireland, [2] as well as a rite of passage novel, it was longlisted for the Man Booker Prize, and shortlisted for the Irish Book Awards. It can be read as a satirical allegory on corruption, the link between capitalism and liberal democracy exemplified in the 'entrepreneurial' activities of minor drug dealers and gangsters, and reflected in the architecture of business-parks and sink estates. This political writing takes the form of "an insightful and robust social conscience", in the words of academic John Kenny. [3] Dr Kenny also focused on what he saw as Wall's "baneful take on the Irish family, his fundamentally anti-idyllic mood" which has "not entirely endeared Wall to the more misty-eyed among his readers at home or abroad". [3] The political is also in evidence in his second collection of poetry Fahrenheit Says Nothing To Me. He is not a member of Aosdána, the Irish organisation for writers and artists. In 2006, his first collection of short fiction, No Paradiso, appeared. In 2017 he became the first European to win the Drue Heinz Literature Prize

His provocative political blog, The Ice Moon , has increasingly featured harsh criticism of the Irish government over their handling of the economy, as well as reviews of mainly left-wing books and movies. Many of his posts are satirical [4] He occasionally for literary journals, writes for Irish Left Review, [5] and reviews for The Irish Times . His work has been translated into several languages. He has also appeared on the Irish-language channel TG4, such as in the programme Cogar.

He was one of the Irish delegates at the European Writers Conference in Istanbul in 2010. [6]

Critical response to his work

Described by writer Kate Atkinson as "lyrical and cruel and bold and with metaphors to die for", critics have focused on Wall's mastery of language, his gift for "linguistic compression", [3] his "poet's gift for apposite, wry observation, dialogue and character", [7] his "unflinching frankness" [8] and his "laser-like ... dissection of human frailties", [9] which is counterbalanced by "the depth of feeling that Wall invests in his work". [8] A New Yorker review of his first novel declares "Wall, who is also a poet, writes prose so charged—at once lyrical and syncopated—that it's as if Cavafy had decided to write about a violent Irish household". [10] In a recent review, his long poem "Job in Heathrow", anthologised in The Forward Book of Poetry 2010 but originally published in The SHOp, [11] was described as "a chilling airport dystopia". [12] Poet Fred Johnston suggests that Wall's poetry sets out to "list the shelves of disillusion under which a thinking man can be buried". [13] "His apocalyptic vision of the ecological demise of our planet is suffused with humility and resignation where the global catastrophe is transformed “into a universal truth / the days are shorter / today than yesterday”", [14] according to Borbála Faragó. For Philip Coleman "Ghost Estate is a deeply political book, but it also articulates a profound interest in and engagement with questions of aesthetics and poetics". [15]

Wall is a longtime sufferer from Still's disease [16] and described his efforts to circumvent the disabling effects of the disease using speech-to-text applications as "a battle between me and the software". [17] 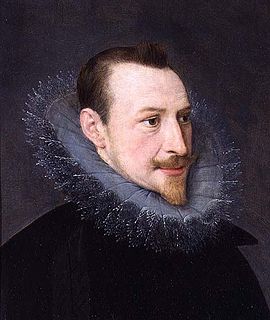 Edmund Spenser was an English poet best known for The Faerie Queene, an epic poem and fantastical allegory celebrating the Tudor dynasty and Elizabeth I. He is recognized as one of the premier craftsmen of nascent Modern English verse, and is often considered one of the greatest poets in the English language.

David Marcus was an Irish Jewish editor and writer who was a lifelong advocate and editor of Irish fiction.

Thomas McCarthy is an Irish poet, novelist, and critic, born in Cappoquin, Co. Waterford, Ireland. He attended University College Cork where he was part of a resurgence of literary activity under the inspiration of John Montague. Among his contemporaries, described by Thomas Dillon Redshaw as "that remarkable generation," there were Theo Dorgan poet and memoirist, Sean Dunne, poet, Greg Delanty, poet, Maurice Riordan poet and William Wall, novelist and poet. McCarthy edited, at various times, The Cork Review and Poetry Ireland Review. He has published seven collections of poetry with Anvil Press Poetry, London, including The Sorrow Garden, The Lost Province, Mr Dineen's Careful Parade, The Last Geraldine Officer and Merchant Prince, described as "an ambitious and substantive book". The main themes of his poetry are Southern Irish politics, love and memory. He is also the author of two novels; Without Power and Asya and Christine. He is married with two children and lives in Cork City where he works in the City Libraries. He won the Patrick Kavanagh Poetry Award in 1977. His monograph "Rising from the Ashes" tells the story of the burning of the Carnegie Free Library in Cork City by the Black and Tans in 1920 and the subsequent efforts to rebuild the collection with the help of donors from all over the world.

Maurice Riordan is an Irish poet, translator, and editor.

Gerry Murphy is an Irish poet.

Nuala Ní Chonchúir is an Irish writer and poet.

Theo Dorgan is an Irish poet, writer and lecturer, translator, librettist and documentary screenwriter. He currently lives in Dublin.

Kevin Higgins is an Irish poet.

Elaine Feeney is an Irish poet.

Ronald Frame is a prize-winning novelist, short story writer and dramatist. He was educated in Glasgow, and at Oxford University. 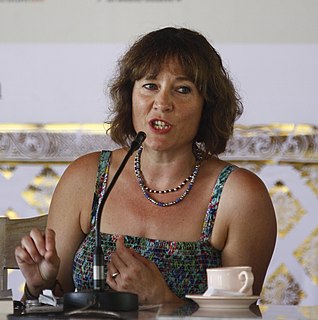 Jill Dawson is an English poet and novelist who grew up in Durham, England. She began publishing her poems in pamphlets and small magazines. Her first book, Trick of the Light, was published in 1996. She was the British Council Writing Fellow at Amherst College for 1997.

James Christopher O'Sullivan is an Irish writer, publisher, editor, and academic from Cork city. He is most notable as the author and editor of several critical texts, the Founding Editor of New Binary Press, the writer of three collections of poetry.

Michael O'Sullivan is an Irish poet.

Fred Johnston is an Irish poet, novelist, literary critic and musician. He is the founder and current director of the Western Writers' Centre in Galway. He co-founded the Irish Writers' Co-operative in 1974, and founded Galway's annual Cúirt International Festival of Literature in 1986.