The 2014 World RX of Turkey was the 11th round of the inaugural season of the FIA World Rallycross Championship. [1] The event was held at Istanbul Park in Tuzla, Istanbul.

Tuzla is a municipality in the province of Istanbul, Turkey on the Asian side of the city next to the municipality of Pendik. Tuzla is on a headland on the coast of the Marmara Sea, at the eastern limit of the city. The mayor is Şadi Yazıcı (AKP).

Istanbul Atatürk Airport is the main international airport serving Istanbul, and the biggest airport in Turkey by total number of passengers, destinations served and aircraft movements. First opened in 1912 in Yeşilköy as a military airfield, on the European side of the city, it is located 24 km (15 mi) west of the city centre and serves as the main hub for Turkish Airlines. The city's other, smaller, international airport is Sabiha Gökçen International Airport. As of February 2017, 273 non-stop destinations are served from Istanbul-Atatürk, making it the airport with the second-most non-stop destinations worldwide after Frankfurt Airport.

Istanbul Province, also the Istanbul Metropolitan Municipality is a province of Turkey. It has an area of 5,343.02 square kilometres (2,062.95 sq mi) and is located in the Marmara region in the north-west of the country, bordered by Tekirdağ Province to the west and Kocaeli Province to the east. The Bosphorus Strait between the Black Sea to the north and the Sea of Marmara to the south divides Istanbul Province into European and Asian sides, which makes it one of only two transcontinental provinces in Turkey, along with Çanakkale Province.

Istanbul University is a prominent Turkish university located in Istanbul. 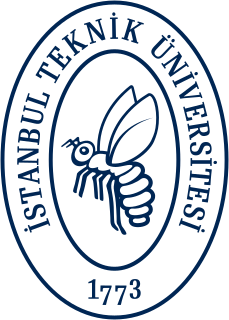 Istanbul Technical University is an international technical university located in Istanbul, Turkey. It is the world's third-oldest technical university dedicated to engineering sciences as well as social sciences recently, and is one of the most prominent educational institutions in Turkey. ITU is ranked 108th worldwide and 1st nationwide in the field of engineering/technology by THES - QS World University Rankings in 2009. Graduates of İstanbul technical university have received many TUBITAK science and TUBA awards. Numerous graduates have also become members of the academy of sciences in the U.S.A, Britain and Russia. The university's basketball team, ITUSpor, is in the Turkish Basketball Second League. The university has 39 undergraduate, 144 graduate programs, 13 colleges, 346 labs and 12 research centers. Its student-to-faculty ratio is 12:1. 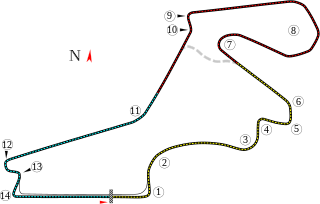 Intercity Istanbul Park, also known as the Istanbul Racing Circuit, or initially as the Istanbul Otodrom, is a motor sports race track in Tuzla, east of Istanbul, Turkey. It was inaugurated on 21 August 2005. It has been called "the best race track in the world" by Formula One Chief Executive Bernie Ecclestone.

İstanbul Başakşehir Futbol Kulübü is a Turkish professional football club based in the Başakşehir district of Istanbul, Turkey. The club is better known as İstanbul Başakşehir or, due to sponsorship, Medipol Başakşehir. The club was founded in 1990 as İstanbul Büyükşehir Belediyespor. They first reached the highest level in Turkish Football in 2007–08. They play their home games at the Fatih Terim Stadium in Istanbul and are owned by the Ministry of Youth and Sports.

Naz Aydemir Akyol is a Turkish volleyball player. She is 186 cm tall and plays as setter for Vakıfbank Spor Kulübü and Turkey women's national volleyball team. She has won two league championships with Fenerbahçe and three with Eczacıbaşı Zentiva. She also has two CEV Champions League championships, winning the 2011–2012 edition with Fenerbahçe and the 2012–2013 edition with VakıfBank.

Polen Uslupehlivan is a Turkish female volleyball player of Fenerbahçe Istanbul and member of the Turkish national team. 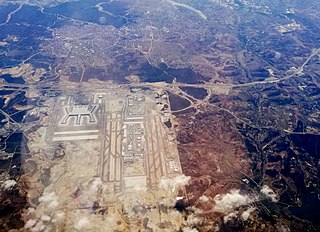 Istanbul Airport is an international airport in the Arnavutköy district on the European side of Istanbul, Turkey.

The World RX of Turkey is a rallycross event held in Turkey for the FIA World Rallycross Championship. The event made its debut in the 2014 season, at the Istanbul Park rallycross circuit in the city of Istanbul.

Amine Gülşe is a Swedish-Turkish actress, model and beauty pageant titleholder born and raised in Sweden. She was crowned Miss Turkey 2014 and represented her country at the Miss World 2014 pageant. She can speak fluently Turkish, English, Swedish and Spanish at a good level. She graduated from the International High School of The Gothenburg Regione. She is now in a relationship with German footballer Mesut Özil and lives with him in London, England.

The 2015 World RX of Turkey was the eleventh round of the second season of the FIA World Rallycross Championship. The event was held at the Istanbul Park circuit in Tuzla, Istanbul.