Adrien Sibomana (born 4 September 1953, in Bukeye, Muramvya) was the prime minister of Burundi from 19 October 1988 until 10 July 1993. He was a member of UPRONA. He is an ethnic Hutu and was appointed by the Tutsi President Pierre Buyoya in an unsuccessful attempt to appease Hutus by giving a few high government posts to them. [1] Sibomana was the first Hutu prime minister since 1973 and previously had been governor of Muramvya Province. [2] 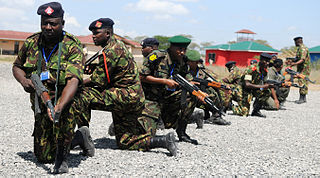 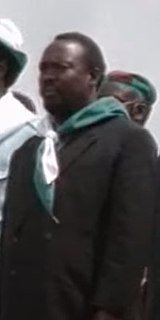 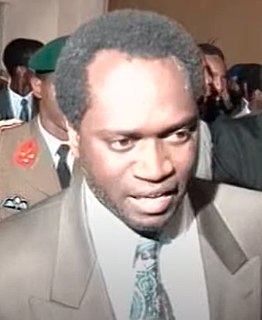 Melchior Ndadaye was a Burundian intellectual and politician. He was the first democratically elected and first Hutu president of Burundi after winning the landmark 1993 election. Though he moved to attempt to smooth the country's bitter ethnic divide, his reforms antagonised soldiers in the Tutsi-dominated army, and he was assassinated amidst a failed military coup in October 1993, after only three months in office. His assassination sparked an array of brutal tit-for-tat massacres between the Tutsi and Hutu ethnic groups, and ultimately sparked the decade-long Burundi Civil War. His portrait appears in the franc of 500 francs banknote and in the 10,000 francs he appears with prince Louis Rwagasore. 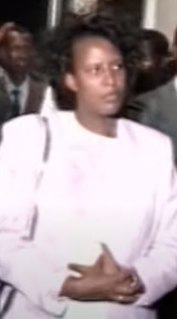 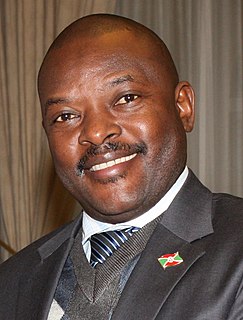 Parliamentary elections were held in Burundi on 10 May 1965, the first since independence in 1962. Voters elected the National Assembly, which had been reduced from 64 to 33 seats. They followed the assassination of Prime Minister Pierre Ngendandumwe on 15 January 1965, and were won by the ruling Union for National Progress. 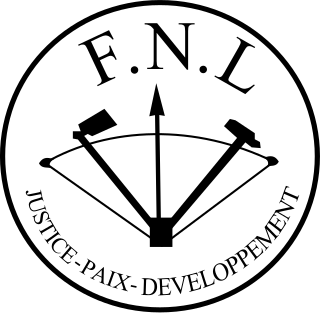 Paul Mirerekano was a Burundian politician.