Airlie is a small unincorporated community in Fauquier County, Virginia situated between US Route 17 and US Route 29. The village itself runs along State Route 605, which is named Airlie Road. It is home to the Airlie Conference Center which also owns the private Airlie Airport located on Airlie Rd. The original post office for Airlie, Va was closed and the building was converted to be part of the meeting facilities in the 1990s. Airlie is within the Warrenton 20187 ZIP Code.

Fauquier is a county in the Commonwealth of Virginia. As of the 2010 census, the population was 65,203. The county seat is Warrenton.

Warrenton is a town in Fauquier County, Virginia, United States. The population was 9,611 at the 2010 census, up from 6,670 at the 2000 census. The estimated population in 2015 was 9,897. Warrenton is the county seat of Fauquier County. It is at the junction of U.S. Route 15, U.S. Route 17, U.S. Route 29, and U.S. Route 211. The town is in the Piedmont region of Virginia, east of the Blue Ridge Mountains. The well-known Airlie Conference Center is 3 miles (5 km) north of Warrenton, and the historic Vint Hill Farms military facility is 9 miles (14 km) east. Fauquier Hospital is located in the town. Surrounded by Virginia wine and horse country, Warrenton is a popular destination outside Washington, D.C. 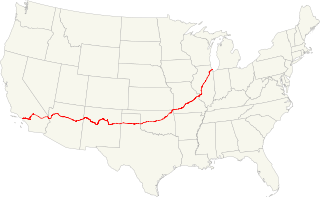 U.S. Route 66, also known as the Will Rogers Highway, the Main Street of America or the Mother Road, was one of the original highways in the U.S. Highway System. US 66 was established on November 11, 1926, with road signs erected the following year. The highway, which became one of the most famous roads in the United States, originally ran from Chicago, Illinois, through Missouri, Kansas, Oklahoma, Texas, New Mexico, and Arizona before ending in Santa Monica in Los Angeles County, California, covering a total of 2,448 miles (3,940 km). It was recognized in popular culture by both the hit song "(Get Your Kicks on) Route 66" and the Route 66 television show in the 1960s. In John Steinbeck's classic American novel, The Grapes of Wrath (1939), the road, "Highway 66", was turned into a powerful symbol of escape and loss. 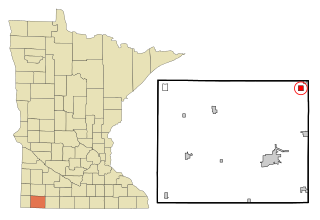 Kinbrae is a city in Nobles County, Minnesota, United States. The population was 12 at the 2010 census. It is the third smallest city, by population, in Minnesota.

Oregon Route 224 is a state highway which runs through some of Portland's southeastern suburbs and ends in the Cascades. 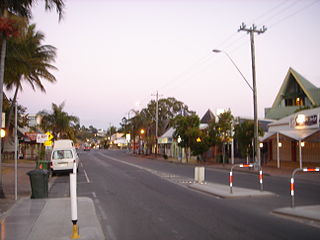 Airlie Beach is a coastal locality in the Whitsunday Region of Queensland, Australia. In the 2016 census, Airlie Beach had a population of 1,208 people.

Airlie is a civil parish in the Scottish council area of Angus. It is the seat of the Earl of Airlie, and the location of Airlie Castle. It comprises Craigton of Airlie, Baitland of Airlie and Kirkton of Airlie. There is a standing stone in a field just east of the Baitland; various Pictish and Roman relics have been uncovered and the primary school is reputed to have been built on the site of an old graveyard. Airlie also contains one of the finest examples of a Pictish souterrain in Scotland, with the carving of a snake clearly visible in the ceiling.

North Carolina Highway 4 (NC 4) is a primary state highway in the U.S. state of North Carolina. Running near the Virginia state line in Nash and Halifax Counties, NC 4 connects the region with I-95.

Mabell Frances Elizabeth Ogilvy, Countess of Airlie, was a British courtier and author.

Clan Ogilvy/Ogilvie is a Scottish clan.

Minnie Eva Evans was an African American artist who worked in the United States from the 1940s to the 1980s. Evans used different media in her work, but started with using wax and crayon. She was inspired to start drawing due to visions and dreams that she had when she was a young girl. She is known as a southern folk artist and as a surrealist and visionary artist as well.

The Bonnie House of Airlie is a traditional Scottish folk song of the seventeenth century, telling the tale of the raid by Archibald Campbell, Earl of Argyll, on Airlie Castle, the home of James Ogilvy, Earl of Airlie, in the summer of 1640. A broadsheet version first appeared in 1790 and it received formal publication as number 199 in Francis Child's collection The English and Scottish Popular Ballads of 1882.

Hanover is a small community in Sprague inside New London County, Connecticut. In the 2010 US Census the population was 67, but in 2014 the estimated population was 59. The main road, Hanover Rd., leads south to Route 138 and north to Route 14 in Scotland, while Salt Rock Rd. leads to Route 97. The Little River runs through the eastern part of the area. Hanover Reservoir is the largest body of water in the area. In the center of the village, some notably old houses are located there. Some are on the National Register of Historic Places.

Whitsunday Airport is an airport located in Flametree in the Whitsunday Region, Queensland, Australia. It is located between the popular tourist destinations of Airlie Beach, Shute Harbour and the Whitsunday Islands. Due to the mountainous terrain in the tourist area, there are limited opportunities for airports.

Clan Fenton is a Scottish clan. It does not have a clan chief recognised by the Lord Lyon King of Arms therefore the clan has no standing under Scots Law. Clan Fenton is considered an armigerous clan, meaning that it is considered to have had at one time a chief who possessed the chiefly arms, however no one at present is in possession of such arms. the arms of Fenton of that Ilk are blazoned as: Gules, a bend engrailed Argent.

The Pacific Coast Way is an Australian road route from Sydney, New South Wales to Cairns in Queensland. It has been designated by the Queensland Government as a State Strategic Touring Route.