Alphaeus Philemon Cole (Jersey City, New Jersey July 12, 1876 – New York City, November 25, 1988) was an American artist, engraver and etcher. He was born in Jersey City, New Jersey, and died in New York City. He was the son of noted engraver Timothy Cole. [1] At the time of his death, at age 112 years and 136 days, Alphaeus was the world's oldest verified living man.

Cole studied art first under Isaac Craig, in Italy, then in Paris from 1892 to 1901 with Jean Paul Laurens and Jean-Joseph Benjamin-Constant at the Académie Julian, [2] [3] and later at the École des Beaux-Arts. [1] In the mid-1890s, he began to produce many vibrant works, mostly various still lifes and portraits. His painting of Dante was exhibited in the 1900 Paris Salon, [2] and more artwork was displayed at the 1901 Pan-American Exposition in Buffalo, New York.

Cole moved to England and married sculptress Margaret Ward Walmsley in 1903. [2] He began to venture into the fields of wood/steel engraving and etching, but these works sold substantially less than his portraits. He contributed several drawings to the Encyclopædia Britannica . They moved again, to the United States, in 1911. [2] In 1918, Cole became a member of the Salmagundi Club, the nation's oldest professional art club. [1] From 1924 to 1931, he taught portrait and still life classes at Cooper Union. [3] He was elected to the National Academy of Design in 1930. [1] He was the president of the New York Water Color Club from 1931 to 1941. [2] In the 1940s, Cole worked as a judge of paintings in Max Pochapin's Manhattan Hall of Art, a merchandising art gallery, which was a revolutionary idea at the time. [4] From 1952 to 1953, he was president of Allied Artists of America. [5] His first wife died in 1961, and Cole married Anita Rio, a singer, and the widow of painter Eugene Higgins, in 1962. [2] She died in 1973. [1]

Cole actively painted and exhibited up to the age of 103. [3] He died at New York's Chelsea Hotel, where he had lived for 35 years. [6] Cole's work is in the permanent collections of London's National Portrait Gallery and the Brooklyn Museum, [1] and his papers are stored at the Smithsonian Institution. [2]

Although not recognized at the time, Cole is now recognized as the oldest living man for more than a year, between January 5, 1987, to his death, succeeding another notable supercentenarian, 111-year-old Norwegian skier Herman Smith-Johannsen. He was succeeded in title by then 111-year-old John Evans.[ citation needed ] As of August 11, 2013, prices for Cole's works now reach $5,000 or more. He died at the age of 112 years, 136 days. 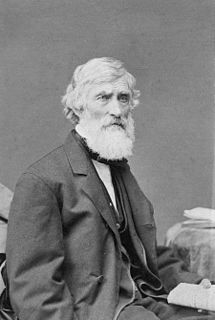 Walter Francis Kuhn was an American painter and an organizer of the famous Armory Show of 1913, which was America's first large-scale introduction to European Modernism. 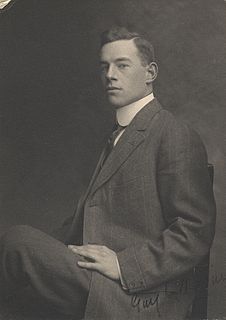 Guy Carleton Wiggins NA was an American impressionist painter. He was the president of the Connecticut Academy of Fine Arts, and a member of the Old Lyme Art Colony. He did many paintings of New York City's snowy streets, landmarks and towering skyscrapers during winter.

The Salmagundi Club, sometimes referred to as the Salmagundi Art Club, is a fine arts center located in New York City. It was founded in 1871 in the Greenwich Village section of Manhattan, New York City. Since 1917, it has been located at 47 Fifth Avenue. As of 2014, its membership roster totals roughly 900 members.

F. Luis Mora, also known as Francis Luis Mora, was a Uruguayan-born American figural painter. Mora worked in watercolor, oils and tempera. He produced drawings in pen and ink, and graphite; and etchings and monotypes. He is known for his paintings and drawings depicting American life in the early 20th century; Spanish life and society; historical and allegorical subjects; with murals, easel painting and illustrations. He also was a popular art instructor.

Frank Knox Morton Rehn was an American marine painter and president of the Salmagundi Club. Born in Philadelphia, he attended the Pennsylvania Academy of the Fine Arts, where he studied under Christian Schussele. For several years, he then painted portraits in Philadelphia. Using money earned in Philadelphia, he moved to the coast of New Jersey, where he began doing marine paintings. In 1881, he married Margaret Selby. They moved to the Hotel Chelsea in New York City where, with other artists, he kept a studio on the top floor.

Richard Cletus Pionk was an American artist who worked in the media of pastels and oil painting and who lived, worked and taught in New York City, New York. Pionk studied classical still-life painting by spending hours in museums. He studied still-life painting in the Brooklyn Museum and other New York museums as well as the École du Louvre in Paris. Pionk studied the works of Jean-Baptiste-Siméon Chardin, Antoine Vollon, and Henri Fantin-Latour in particular. He was educated in New York at The Art Students League of New York on scholarships and the G.I. Bill."

Leopold Charles Matzal was a 20th-century Austrian-American visual artist. He was a realistic painter, known in New York City and northern New Jersey for his society portraiture and also, later in his career, for murals. 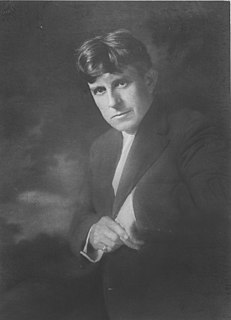 Henry Hobart Nichols Jr. was an American landscape painter and illustrator. Nichols was born to Henry Hobart and Indiana Jay Nichols on May 1, 1869, in Washington, DC.

John Alexander McDougall (c.1810–1894) was an American painter and photographer, known for his portrait miniatures. Born in Livingston, New Jersey, he studied at the National Academy of Design in New York City, and lived for much of his life in Newark, New Jersey. McDougall was good friends with painters George Inness and Asher B. Durand, as well as writers Washington Irving and Edgar Allan Poe, whom he painted. His miniatures, some of which were unusually small, are found in the permanent collections of the Metropolitan Museum of Art and the Smithsonian American Art Museum. He died in Newark on July 29, 1894. He had a daughter and five sons, including the cartoonist Walt McDougall, the artist John A. McDougall Jr., and Harry C. McDougall, proprietor of the Newark Sunday Call.

Walter Granville-Smith was an illustrator and painter who was born in South Granville, New York on January 28, 1870. He is notable for producing the first colored illustration that appeared in the United States. Granville-Smith and his wife, Jessie, had a daughter Jesse and sons, Walter. and Edward. Granville-Smith died on December 7, 1938 at his daughter's home in Jackson Heights, Queens, New York. Granville-Smith was a National Academician (1915) with the National Academy of Design and served as president of the Salmagundi Club in New York from 1924 to 1926. His works are part of the permanent collections of the Smithsonian Institution, Butler Institute of American Art, Toledo Museum of Art, the Currier Museum of Art (Truth}, the Salmagundi Club, the Lotos Club, the Fencers Club of New York and the Art Club of Philadelphia. Many of his works can be seen at the Athenaeum website.