Last updated July 16, 2020
This article is about the American engineer and founding chairman of Bose Corporation. For other people named Bose, see Bose (surname). For other uses of the name, see Bose.

Amar Gopal Bose ( /boʊz/ ; November 2, 1929 – July 12, 2013) was an American entrepreneur and academic. An electrical engineer and sound engineer, he was a professor at the Massachusetts Institute of Technology (MIT) for over 45 years. [1] He was also the founder and chairman of Bose Corporation.

In 2011, he donated a majority of the company to MIT in the form of non-voting shares to sustain and advance MIT's education and research mission. [2]

Bose was born in Philadelphia, Pennsylvania, [3] to a Bengali Hindu father, Noni Gopal Bose and an American mother of French and German ancestry, Charlotte. His father was an Indian freedom revolutionary [4] who, having been imprisoned for his political activities, fled Bengal in the 1920s in order to avoid further persecution by the British colonial police. [5] His mother, Charlotte, is described as an American schoolteacher of French and German ancestry, [6] but Bose described her as "more Bengali than me". She was a vegetarian and deeply interested in Vedanta and Hindu philosophy. [7]

Bose first displayed his entrepreneurial skills and his interest in electronics at age thirteen when, during the World War II years, he enlisted school friends as co-workers in a small home business repairing model trains and home radios, to supplement his family's income. [8]

After graduating from Abington Senior High School in Abington, Pennsylvania, Bose enrolled at the Massachusetts Institute of Technology, graduating with an SB (Bachelor of Science) in Electrical Engineering in the early 1950s. Bose spent a year at Philips Natuurkundig Laboratorium in Eindhoven, Netherlands; and a year as a Fulbright research student in New Delhi, India, where he met his future first wife. He completed his PhD in Electrical Engineering from MIT, writing a thesis on non-linear systems under the supervision of Norbert Wiener and Yuk-Wing Lee.

Following graduation, Amar Bose became an assistant professor at the Massachusetts Institute of Technology. During his early years as a professor, Bose bought a high-end stereo speaker system in 1956 and he was disappointed to find that speakers with impressive technical specifications failed to reproduce the realism of a live performance. This would eventually motivate his extensive speaker technology research, concentrating on key weaknesses in the high-end speaker systems available at the time. His research on acoustics led him to develop a stereo loudspeaker that would reproduce, in a domestic setting, the dominantly reflected sound field that characterizes the listening space of the audience in a concert hall. His focus on psychoacoustics later became a hallmark of his company's audio products.

For initial capital to fund his company in 1964, Bose turned to angel investors, including his MIT thesis advisor and professor, Y. W. Lee. Bose was awarded significant patents in two fields that continue to be important to the Bose Corporation. These patents were in the area of loudspeaker design and non-linear, two-state modulated, Class-D power processing.

The company Bose founded employed 11,700 people worldwide as of 2016 [update] and produces products for home, car, and professional audio, as well as conducting basic research in acoustics and other fields. Bose never took his company public, and since the company is privately held Bose was able to pursue risky long-term research. In a 2004 interview in Popular Science magazine, he said: "I would have been fired a hundred times at a company run by MBAs. But I never went into business to make money. I went into business so that I could do interesting things that hadn't been done before." [9]

Bose said that his best ideas usually came to him in a flash. "These innovations are not the result of rational thought; it's an intuitive idea." [10]

He married Prema Bose but they later divorced.[ when? ] They had two children, Vanu and Maya. He had one grandchild, Kamala. Amar Bose did not practice any religion, though he used to meditate for a short while every day. [13] Vanu Bose was the founder and CEO of a software-defined radio technology company. [14]

In addition to running his company, Bose remained a professor at MIT until 2001. He earned the Baker Teaching Award in 1963–64, and further teaching awards over the years. The Bose Award for Excellence in Teaching (1989), and later the Junior Bose Award (1995) were established in his honor, to recognize outstanding teaching in the MIT School of Engineering. [17] Former students have stated that his classes helped them gain life skills and problem solving skills that have served them throughout their careers. [1]

In 2011, Bose donated a majority of the company's non-voting shares to MIT on the condition that the shares never be sold. [18] Because these shares are non-voting, MIT does not participate in operations or governance of Bose Corporation. [17]

Andrew James Viterbi is an American electrical engineer and businessman who co-founded Qualcomm Inc. and invented the Viterbi algorithm. He is currently Presidential Chair Professor of Electrical Engineering at the University of Southern California's Viterbi School of Engineering, which was named in his honor in 2004 in recognition of his $52 million gift.

Bose Corporation is an American manufacturing company that predominantly sells audio equipment. The company was established by Amar Bose in 1964 and is based in Framingham, Massachusetts. Bose is best known for its home audio systems and speakers, noise-cancelling headphones, professional audio products and automobile sound systems. Bose has a reputation for being particularly protective of its patents, trademarks, and brands.

Robert Gray Gallager is an American electrical engineer known for his work on information theory and communications networks. He was elected an IEEE Fellow in 1968, a member of the National Academy of Engineering (NAE) in 1979, a member of the National Academy of Sciences (NAS) in 1992, a Fellow of the American Academy of Arts and Sciences (AAAS) in 1999. He received the Claude E. Shannon Award from the IEEE Information Theory Society in 1983. He also received the IEEE Centennial Medal in 1984, the IEEE Medal of Honor in 1990 "For fundamental contributions to communications coding techniques", the Marconi Prize in 2003, and a Dijkstra Prize in 2004, among other honors. For most of his career he was a professor of electrical engineering and computer science at the Massachusetts Institute of Technology.

Carl Gunnar Michael Fant was a leading researcher in speech science in general and speech synthesis in particular who spent most of his career as a professor at the Swedish Royal Institute of Technology (KTH) in Stockholm. He was a first cousin of George Fant, the actor and director.

Henry Kloss was a prominent American audio engineer and entrepreneur who helped advance high fidelity loudspeaker and radio receiver technology beginning in the 1950s. Kloss was an undergraduate student in physics at the Massachusetts Institute of Technology, but never received a degree. He was responsible for a number of innovations, including, in part, the acoustic suspension loudspeaker and the high fidelity cassette deck. In 2000, Kloss was one of the first inductees into the Consumer Electronics Association's Hall of Fame. He earned an Emmy Award for his development of a projection television system, the Advent VideoBeam 1000.

Leo Leroy Beranek was an American acoustics expert, former MIT professor, and a founder and former president of Bolt, Beranek and Newman. He authored Acoustics, considered a classic textbook in this field, and its updated and extended version published in 2012 under the title Acoustics: Sound Fields and Transducers. He was also an expert in the design and evaluation of concert halls and opera houses, and authored the classic textbook Music, Acoustics, and Architecture, revised and extended in 2004 under the title Concert Halls and Opera Houses: Music, Acoustics, and Architecture.

John Vogel Guttag is an American computer scientist, professor, and former head of the department of Electrical Engineering and Computer Science at MIT.

James Loton Flanagan was an American electrical engineer. He was Rutgers University's vice president for research until 2004. He was also director of Rutgers' Center for Advanced Information Processing and the Board of Governors Professor of Electrical and Computer Engineering. He is known for co-developing adaptive differential pulse-code modulation (ADPCM) with P. Cummiskey and Nikil Jayant at Bell Labs. 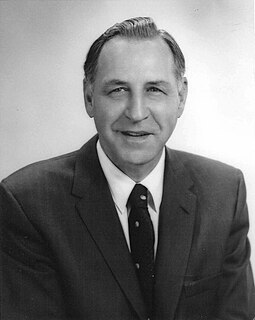 John Kenneth Hilliard was an American acoustical and electrical engineer who pioneered a number of important loudspeaker concepts and designs. He helped develop the practical use of recording sound for film, and won an Academy Award in 1935. He designed movie theater sound systems, and he worked on radar as well as submarine detection equipment during World War II. Hilliard collaborated with James B. "Jim" Lansing in creating the long-lived Altec Voice of the Theatre speaker system. Hilliard researched high-intensity acoustics, vibration, miniaturization and long-line communications for NASA and the Air Force. Near the end of his career, he standardized noise-control criteria for home construction in California, a pattern since applied to new homes throughout the U.S.

Manfred Robert Schroeder was a German physicist, most known for his contributions to acoustics and computer graphics. He wrote three books and published over 150 articles in his field.

Vanu Gopal Bose was an American electrical engineer and technology executive. He was the son of Amar Bose, the founder of Bose Corporation. 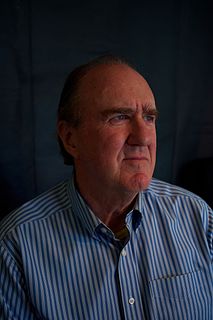 Cliff Henricksen is a musician, inventor and audio technologist. He is self-taught as a musician with a graduate degree in mechanical engineering at Massachusetts Institute of Technology (MIT). Throughout his career Cliff has found innovative ways to apply engineering basics to electro acoustics and to audio technology as it applies to music and in particular to live music performance. He has invented and engineered a wide variety of technologies and products well known in the world of professional audio. Today he balances work in audio and work as a performing musician.

Charles Emory "Charlie" Hughes II is an American inventor and audio engineer. He is known for his work on loudspeaker design, and the measurement of professional audio sound systems. Hughes first worked for Peavey Electronics designing loudspeakers and horns where he was granted a patent for the Quadratic-Throat Waveguide horn used in concert loudspeakers. He worked for Altec Lansing for two years as chief engineer for the pro audio division and was granted two more patents. Currently, Hughes designs loudspeakers and performs contract engineering for Excelsior Audio as co-owner. He is an expert consultant in audio measurement and analysis software and systems. He has led committees in prominent standards organizations to develop technical standards for the measurement, modeling and production of audio equipment.

Victor Waito Zue is a Chinese American computer scientist and professor at Massachusetts Institute of Technology.