Analogic Corporation was founded by Bernard M. Gordon in 1967. [3]

The company opened a manufacturing facility in Shanghai, China, on December 2009. [4]

Analogic Corporation was acquired in 2018 by an affiliate of private equity firm Altaris Capital Partners. [5] [6]

As of April 2018, the company employs 1,500 employees worldwide with approximately 800 working at the main facility and headquarters in Peabody, Massachusetts. [7]

Ultrasonix Medical Corporation was a Vancouver, Canada-based sonography equipment company founded in 2000 which Analogic acquired in 2013 as a strategic expansion of its own ultrasound imaging product line and customer base, including an installed base of 5,000 systems globally. [1] [12] [13] At the time of its acquisition, Ultrasonix had at least two manufacturing plants, in Englewood, Colorado and Vancouver, British Columbia, both of which were closed following the acquisition. [14]

PTC Inc. is an American computer software and services company founded in 1985 and headquartered in Boston, Massachusetts. The global technology company has over 6,000 employees across 80 offices in 30 countries, 1,150 technology partners and over $1bn in revenue. The company began initially developing parametric, associative feature-based, solid computer-aided design (CAD) modeling software in 1988, including an Internet-based product for product lifecycle management (PLM) in 1998.

GE Healthcare is a subsidiary of American multinational conglomerate General Electric incorporated in New York and headquartered in Chicago, Illinois. As of 2017, the company is a manufacturer and distributor of diagnostic imaging agents and radiopharmaceuticals for imaging modalities that are used in medical imaging procedures. The company offers dyes that are used in magnetic-resonance-imaging procedures. GE Healthcare also manufactures medical diagnostic equipment including CT image machines. Further, it develops Health technology for medical imaging and information technologies, medical diagnostics, patient monitoring systems, disease research, drug discovery, and biopharmaceutical manufacturing. The company was incorporated in 1994 and operates in more than 100 countries. GE Healthcare operates as a subsidiary of General Electric.

Markel Corporation is a holding company for insurance, reinsurance, and investment operations around the world. Headquartered in Richmond, Virginia and founded in 1930, Markel reports its ongoing underwriting operations in three segments, and products originate from three insurance divisions and one reinsurance division. Through Markel Ventures, they allocate capital to invest in opportunities outside of insurance. 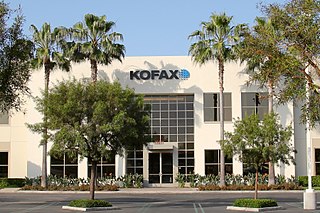 St. Jude Medical, Inc. was an American global medical device company headquartered in Little Canada, Minnesota, U.S., a suburb of Saint Paul. The company had more than 20 principal operations and manufacturing facilities worldwide with products sold in more than 100 countries. Its major markets include the United States, Europe, Latin America and Asia-Pacific. The company was named after Jude the Apostle, the patron saint of lost causes.

Eaton Vance Corp. is an American investment management firm based in Boston, Massachusetts. It is one of the oldest investment companies in the United States, with a history dating back to 1924. Through five primary investment affiliates, Eaton Vance provides investment products to individuals, institutions and financial professionals in the US, including wealth management, defined contribution investment only and sub-advisory services. In 2005 it opened an office in London. In March 2021, Morgan Stanley completed its acquisition of Eaton Vance, a deal announced in October 2020. With the addition of Eaton Vance, Morgan Stanley now had $5.4 trillion of client assets across its Wealth Management and Investment Management segments.

Dover Corporation is an American conglomerate manufacturer of industrial products. Founded in 1955 in New York City, Dover is now based in Downers Grove, Illinois, and employs more than 26,000 people worldwide. As of 2014, Dover's business was divided into three segments: Engineered Systems, Fluids, and Refrigeration and Food Equipment. By 2020, there were five segments, with Imaging and Identification and Pumps and Process having been added. Each segment holds operating companies that are run like independent companies. Dover is a constituent of the S&P 500 index and trades on the New York Stock Exchange under "DOV". Dover is ranked 360th on the Fortune 500. The company relocated its headquarters to Illinois from New York in mid-2010.

CVS Health is an American healthcare company that owns CVS Pharmacy, a retail pharmacy chain; CVS Caremark, a pharmacy benefits manager; Aetna, a health insurance provider, among many other brands. The company's headquarters is in Woonsocket, Rhode Island.

Sharecare is an Atlanta, Georgia-based health and wellness company that provides consumers with personalized information, programs and resources to improve their health. It provides personalized information to the site's users based on their responses to the RealAge Test, the company's health risk assessment tool, and offers a clinical decision support tool, AskMD. Headquartered in Atlanta, Sharecare was founded in 2010 by Jeff Arnold and Dr. Mehmet Oz, in partnership with Remark Media, Harpo Studios, Sony Pictures Television and Discovery Communications.

Canon Medical Systems Corporation is a medical equipment company based in Ōtawara, Tochigi, Japan. The company, formerly known as Toshiba Medical, was the first in Japan to begin research on X-ray tubes in 1914, and has continued to be a national leader in diagnostic imaging equipment, being the first to introduce many products, including MRI and helical CT. The company was acquired by Canon Inc. in 2016.

Esterline Technologies Corporation was a publicly traded company that designs, manufactures, and markets specialty products primarily for aerospace and defense customers. The company is best known as a supplier of products and equipment for aerospace companies such as Boeing and Airbus; and for American and allied military forces.

Steris Corporation is an American Irish-domiciled medical equipment company specializing in sterilization and surgical products for the US healthcare system. Steris is operationally headquartered in Mentor, Ohio, but has been legally registered since 2018 in Dublin, Ireland for tax purposes; it was previously registered in the United Kingdom from 2014 to 2018. Steris is quoted on the NYSE, and is a constituent of the S&P 500 Index.