Anthony Neil James Pilkington (born 6 June 1988) is an Irish professional footballer who plays as a winger for SC East Bengal in the Indian Super League. [2]

After playing non-league football briefly, he began his professional career with spells at Stockport County and Huddersfield Town. In July 2011, he joined Premier League side Norwich City in a deal worth up to £3 million and went on to play 75 matches in the top tier for the Canaries before moving to Cardiff City three years later. He also represents Republic of Ireland at international level and to date has won 9 caps.

Born in Blackburn, Lancashire, Pilkington spent time with the youth systems of Preston North End, Manchester United and hometown club Blackburn Rovers. He joined Stockport County on 15 December 2006, from Atherton Collieries, where he made his name scoring a hat-trick against F.C. United of Manchester and signed initially on a short-term contract at Edgeley Park, [3] and made an instant impact on the team, scoring three goals in his first four games for the club, including two against Shrewsbury Town at Gay Meadow. Pilkington then played a big part in County's record breaking run of results during January and February 2007.

He continued to help Stockport's push for the playoffs by scoring a further two goals in a season which saw County miss out on the play-offs only on goal-difference.

The following season he scored the second goal for Stockport and assisted the third in their 3–2 win over Rochdale at Wembley Stadium. He also picked up the official man-of-the-match award as Stockport were promoted to League One.

In January 2008, his brother Danny also signed for Stockport.

On 23 January 2009, he was signed by fellow League One side Huddersfield Town on a three-and-a-half-year contract. He made his debut in the 1–0 defeat by Yeovil Town at Huish Park on 27 January 2009. On 3 March, he scored his first league goal for Huddersfield against Colchester United at the Galpharm Stadium. The match ended 2–2. His first away goal for the Terriers came in the 2–1 win against Bristol Rovers at the Memorial Stadium on 31 March 2009.

Pilkington started the 2009–10 season well, scoring on the opening day of the season against Southend United when Huddersfield were two goals down to make it 2–1, they eventually drew the game 2–2. He then scored two more in the second round of the Football League Trophy in a 3–3 draw with Chesterfield, eventually losing on penalties. His second league goal came in a 2–1 away loss at Charlton Athletic with a 30-yard free kick just before half time.

Pilkington was a regular in the Huddersfield team throughout the 2009–10 season, only missing one league game all season. He made 45 league appearances with a further five coming in cup competitions, scoring seven league goals as Huddersfield made a play-off semi-final, with a further two goals coming in the Football League Trophy.

In the 2–1 home win over Rochdale, on 8 March 2011, Pilkington suffered a dislocated left ankle as well as a break to the fibula bone above the ankle. [4] On 30 June, the club announced that Pilkington had declared his intention to leave following their failure to win promotion from League One. [5]

Pilkington joined Norwich City on 6 July 2011 and signed a three-year deal with the option of a further 12 months. [6] The fee was reported to be around £2 million but rising to £3 million with add-ons. [7] [8]

He made his first appearance since his injury in the 1–1 friendly draw versus Real Zaragoza on 3 August 2011, coming off the bench to replace Bradley Johnson. Pilkington made his competitive Norwich debut in the opening day Premier League 1–1 draw at Wigan Athletic, replacing Steve Morison. [9] Pilkington's first Norwich goal came on 17 September 2011, in a 2–1 win against Bolton Wanderers at the Reebok Stadium. [10] Pilkington scored a double in the 3–1 win over Swansea City at Carrow Road on 15 October 2011. [11] He scored his eighth goal of his first Premier League campaign in a 2–1 away win over Tottenham Hotspur on 9 April 2012.

On 17 November 2012, Pilkington scored the winning goal against his former club Manchester United in a 1–0 win for Norwich.

On 14 August 2014, it was reported that Norwich had agreed a £1m fee with Cardiff City for Pilkington. [12] The move was completed on 15 August with Pilkington signing a three-year deal. [13] His first goal for Cardiff City came during their 2–1 win against Sheffield Wednesday on 27 September 2014. He became a regular in the starting eleven until a hamstring injury put him out for several months on 29 November. [14] He made his return in April in a 3–1 loss at Ipswich Town. [15]

Pilkington returned to the starting line up, the following season, eventually scoring his first goal against Huddersfield Town in September. [16] Following with consecutive goals against Bolton Wanderers and Sheffield Wednesday. [17] [18] With the club short on forwards following departures in the January transfer window, Pilkington was moved into an unfamiliar more advanced role playing as a striker and finished the season with nine goals in total, including braces against Rotherham United and Preston North End, [19] [20] finishing the season as the club's top scorer.

Pilkington opened his accounts for the new season, against Fulham in a 2–2 draw before scoring a brace against former club, Norwich City. [21] [22] On 27 September, he was rewarded with a two-year contract extension, keeping him at Cardiff until 2019. [23] Despite finishing as one of the club's top goalscorer during the season, with 8 goals, he only managed 7 appearances following Neil Warnock's arrival in October, leading to the manager claiming he didn't know whether Pilkington had a future at the club. [24]

Despite the uncertainty of his future, Pilkington stayed at the club during the summer of 2017, making appearances in the EFL Cup and scoring against Burton Albion. [25] He made his first league appearance on 16 December, starting in a 1–0 win over Hull City, due to the club being left without a recognised striker. [26] Pilkington managed to find the net in a 4–0 win over Sunderland and in a FA Cup at Mansfield Town. His return to the first team led to Warnock stating that there could still be a future for the striker, despite offers during the January transfer window. [27]

On 10 January 2019, Pilkington was signed by Wigan Athletic on a free transfer after leaving Cardiff City by mutual consent, signing an 18-month deal. [28]

He received a call-up to the Republic of Ireland under-21 squad in October 2008; not knowing he was eligible to play for Republic of Ireland national sides until a scout enquired of his availability. He qualifies through his paternal grandmother from Dublin. He played in the 3–0 away victory over Lithuania, where he impressed and even hit the woodwork. [29] Giovanni Trapattoni and Marco Tardelli were reported to have been keeping an eye on him ahead of Ireland's participation in UEFA Euro 2012. [30] In January 2013, Pilkington was called up for the Republic of Ireland Senior Team to play Poland in a friendly in February. [31] The Norwich winger played almost 20 minutes during Ireland's 2–1 loss to Sweden in Dublin on 6 September 2013 as a replacement for James McClean in a 2014 FIFA World Cup qualification (UEFA) game. [32]

On 18 November 2014, Pilkington scored his first goal for Ireland against the U.S.A with a sublime chip over the keeper. [33]

Pilkington has a younger brother, Danny, who plays for Stalybridge Celtic.

Cameron Zishan Rana-Jerome, known as Cameron Jerome, is an English professional footballer who plays as a striker for League One club Milton Keynes Dons.

Alan Desmond Lee is an Irish former footballer who played as a striker. He scored 119 goals in 547 appearances in a 19-year professional career in the Football League, and won 10 caps for the Republic of Ireland.

Grant Holt is an English former professional footballer who is currently an academy coach at Norwich City.

Robert Ian Williams is an English footballer who plays as a left back for Pike Rovers. Born in Pontefract, he has made 225 Football League appearances for Barnsley, Blackpool, Huddersfield Town, Stockport County, Rochdale, Plymouth Argyle, Limerick, Cork City and Galway United.

Steven William Morison is a former professional footballer who played as a striker. He is currently Cardiff City's under-23 coach.

Anthony Gerrard is a former professional footballer who played as a centre back. He qualifies for the Republic of Ireland at international level and has been capped at under-18 level. On 28th July 2020 he announced his retirement on the podcast Under the Cosh. 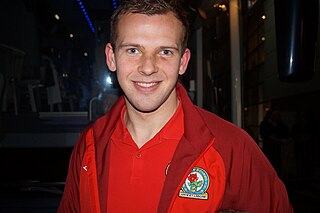 Jordan Luke Rhodes is a Scottish professional footballer who plays as a striker for Championship club Sheffield Wednesday and the Scottish national team.

Jacob Luke Butterfield is an English professional footballer who plays as a midfielder for Melbourne Victory.

Sean Joseph Morrison is an English professional footballer who captains and plays as a centre back for Championship club Cardiff City. He began his career as a youth player with Plymouth Argyle but was released in 2007, joining Swindon Town where he made his professional debut. He went on to make 50 appearances in the Football League for Swindon, spending time on loan with Southend United. In 2011, he signed for Championship side Reading, and had two spells on loan with Huddersfield Town during which he helped the club secure promotion to the Championship after winning the 2012 Football League One play-off Final.

Cody Darren John McDonald is an English professional footballer who plays as a striker.

Lee Paul Novak is an English professional footballer who plays as a striker for League Two club Bradford City.

Daniel Carl Ward is an English professional footballer who plays as a forward or winger for Championship club Huddersfield Town.

Daniel Sánchez Ayala is a Spanish professional footballer who plays as a defender for Championship club Blackburn Rovers. His first club was Premier League club Liverpool, where he spent two seasons as a reserve. He has been on loan at three clubs: Hull City, Derby County and Nottingham Forest. He joined Norwich City in 2011, and joined Middlesbrough on loan in October 2013, before joining the club on a permanent deal in January 2014. He left Middlesbrough on 27 June 2020 after failing to agree a new contract.

The 2009–10 season is Stockport County's 128th season in football, and the second in England's third tier of football since gaining promotion via the League Two Play Offs in 2008. Stockport completed the whole season in Administration. This season ran from 8 August 2009 to 8 May 2010.

The 2014–15 season was Norwich City Football Club's 113th season as a professional club. It was their first season back in the Football League Championship after their relegation from the Premier League in the 2013–14 season. Neil Adams began the season as manager, to embark on a first full season in charge, however this was not to be as he was replaced by Alex Neil in January 2015. Norwich started the League Cup in the second round and exited in the third round following a defeat at League Two side Shrewsbury Town, and were also eliminated in the FA Cup Third Round, following a defeat by Preston North End. Norwich finished third in the regular Championship season, qualifying for the play-offs. They were promoted back to the Premier League after a single season's absence by defeating Middlesbrough 2–0 in the play-off final. 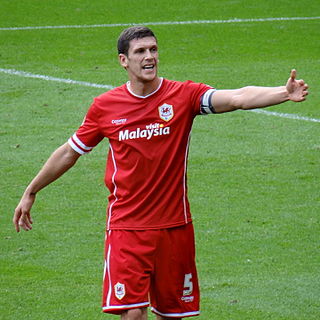