Awara Paagal Deewana (English: Wayward, Crazy, Insane) is a 2002 Indian Hindi-language action black comedy film directed by Vikram Bhatt. The film's music was composed by Anu Malik, and the lyrics by Sameer. It has a plot totally copied from The Whole Nine Yards , [1] and features action scenes choreographed by stunt director Dion Lam, who worked on The Matrix and Hong Kong action films. [2] It was notable for lavish and exotic song picturisations, stunts/action scenes by Akshay Kumar [3] and Paresh Rawal's popular comical chemistry with Johnny Lever, who played a funny character called Chhota Chhatri. [4]

The story centres on the legacy of a dead Indian underworld don Baba Baldev Prasad, who dies of a heart attack. He leaves diamonds worth $200mn at the New York Bank, to be distributed equally between his son Vikrant, his daughter Preeti, and Preeti's husband Guru Gulab Khatri. To claim the diamonds, all three benefactors must be present at the bank or, if dead, their death certificates must be presented.

Shortly after Don's death, Vikrant attempts to eliminate Guru by assassinating the Indian home minister in full view of television cameras while disguised as him. Guru flees to the US disguised as someone else to escape prosecution. Guru moves to the street where Anmol and his family live. Anmol recognizes him from the news. His mother-in-law forces him to go to India, along with his father-in-law, Manilal to tell Vikrant about Guru and get the reward. But everything turns wrong when Vikrant doesn't give the reward and instead sends Anmol and Manilal back to the USA with his hired men, Yeda Anna and Chota Chathri to kill Guru. Later, they find out that Yeda Anna was a double agent: He was working for Guru the whole time because he offered more money. The group receive Vikrant and Preeti at the airport and drive to the hotel. At the hotel, Vikrant is kidnapped by a mysterious group of Chinese goons. Yeda Anna receives a phone call and finds out that the kidnapped Vikrant was a duplicate of the real one and the real one was going to come later by plane. They kill the second Vikrant and put his body in a car by the Brooklyn Bridge.

With Vikrant's death, Preeti and Guru each get half of the diamonds. When they are outside the bank, a group of policemen arrest them and take them to an unknown desert area. It is revealed that Vikrant is still alive and the first Vikrant was kidnapped by Chinese goons. Vikrant gets the diamonds and tries to kill Guru. A fight occurs. At the end of the fight, Guru kills Vikrant. When it's all over, they ask each other to find out who has the diamonds. Anmol has them and says he will give them to Guru if he gives Preeti a divorce. Guru arrives at the location selected by Anmol and gets the diamonds while giving Anmol the divorce papers. Yeda Anna double crosses Guru and tries to steal the diamonds. Guru wins in a fight and Yeda gives the diamonds to Guru while hanging him to a bar and having him stand on Chota Chathri's shoulders. In the end, Anmol and his love, Preeti, are seen going to India. Anmol's ex-father-in-law gives him some diamonds that he received from Guru. Preeti comments that she didn't know that Guru was so nice.

The music of the album has been composed by Anu Malik.

All lyrics are written by Sameer. 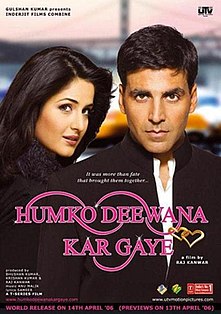 Humko Deewana Kar Gaye is a 2006 Indian Hindi romantic drama film directed by Raj Kanwar, produced by Raj Kanwar, Bhushan Kumar & Krishan Kumar and starring Akshay Kumar, Katrina Kaif, Anil Kapoor, and Bipasha Basu in lead roles. Bhagyashree and Manoj Joshi also star in the movie in supporting roles. The film is produced by the Indian music company, T-Series and Inderjit Films Combine. The movie's score and soundtrack is composed by Anu Malik, while Himesh Reshamiya was invited as guest composer to compose only one song. with lyrics by Sameer. The film released on 14 April 2006. The music of the film released on 2 February 2006. 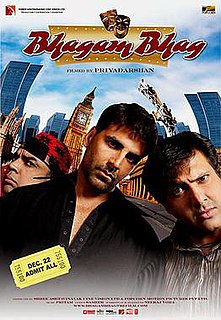 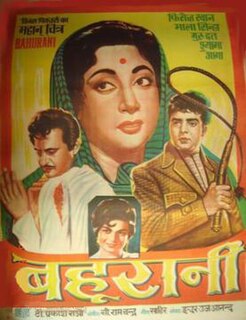 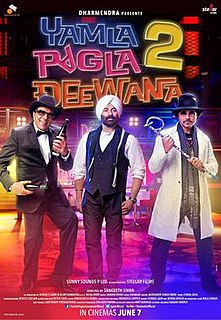 Hera Pheri is a series of Indian comedy films. The first film is directed by Priyadarshan and produced by A.G. Nadiadwala, the second one was directed by Neeraj Vora while third will be directed by Priyadarshan and produced by Firoz Nadiadwala. The first film of the series was the remake of the Malayalam film Ramji Rao Speaking while second film's central plot takes inspiration from Lock, Stock and Two Smoking Barrels and the plot of the circus was taken from the Charlie Chaplin film The Circus. The series starrs Akshay Kumar, Sunil Shetty and Paresh Rawal in lead roles. The third instalment of the series is due for release. 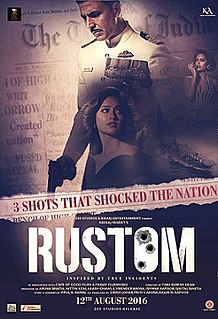 Rustom is a 2016 Indian Hindi-language crime thriller film written by Vipul K Rawal and directed by Tinu Suresh Desai. The film stars Akshay Kumar, Ileana D'Cruz, Arjan Bajwa and Esha Gupta in lead roles. The film is loosely based on the K. M. Nanavati v. State of Maharashtra court case, and narrates the story of a Naval Officer whose wife has an extramarital affair with a businessman. Made on a budget of ₹500 million (US$7.0 million), the film began principal photography in February 2016, and was theatrically released on 12 August 2016 in Indian cinemas. 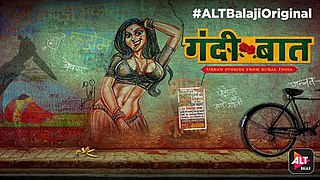 Gandii Baat is a 2018 Hindi web series, directed by Sachin Mohite for ALTBalaji. It is also available on ZEE5 and the Anveshi Jain Official App. Each episode in the series features a separate erotic-themed story from rural India. Season 6 of the web series was premiered on 21 January 2021. 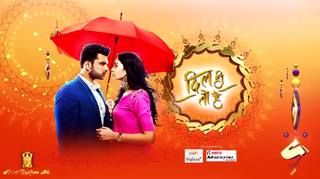 Dil Hi Toh Hai is a romantic drama that is created and produced by Ekta Kapoor under Balaji Telefilms. It aired on Sony TV and streams on Alt Balaji. It premiered on 18 June 2018 and stars Karan Kundra and Yogita Bihani in lead roles. 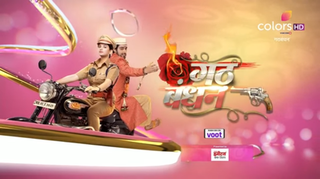 Gathbandhan (Alliance) is an Indian television action drama romance series that was aired from 15 January to 27 November 2019 on Colors TV by airing 194 episodes. Produced by Jay Mehta under Jay Production, it starred Abrar Qazi, Shruti Sharma and Sonali Naik. It is the love story of Don of Dombiwaali Mumbai and IPS from Surendranagar 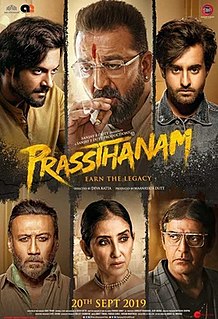 Prassthanam (transl. Reign) is a 2019 Indian Hindi-language political action drama film directed by Deva Katta and produced by Maanayata Dutt under her own banner Sanjay S Dutt Productions. A remake of the 2010 Telugu-language film of the same name, the film stars Sanjay Dutt, Jackie Shroff, Manisha Koirala, Chunky Pandey, Ali Fazal, Satyajeet Dubey, and Amyra Dastur. The film follows a rural politician who favors his intelligent stepson as the heir to his throne, much to the disappointment of his own son who's hot-blooded and starts to rebel against his decision. 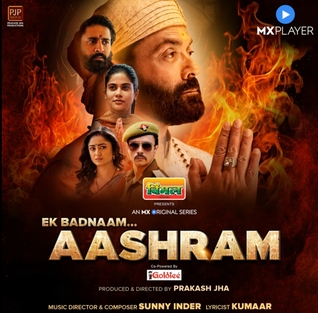