In algebra, a binomial is a polynomial that is the sum of two terms, each of which is a monomial. [1] It is the simplest kind of polynomial after the monomials.

A binomial is a polynomial which is the sum of two monomials. A binomial in a single indeterminate (also known as a univariate binomial) can be written in the form

where a and b are numbers, and m and n are distinct nonnegative integers and x is a symbol which is called an indeterminate or, for historical reasons, a variable. In the context of Laurent polynomials, a Laurent binomial, often simply called a binomial, is similarly defined, but the exponents m and n may be negative.

More generally, a binomial may be written [2] as:

This is a special case of the more general formula:

When working over the complex numbers, this can also be extended to:

In elementary algebra, the binomial theorem describes the algebraic expansion of powers of a binomial. According to the theorem, it is possible to expand the polynomial (x + y)n into a sum involving terms of the form axbyc, where the exponents b and c are nonnegative integers with b + c = n, and the coefficient a of each term is a specific positive integer depending on n and b. For example,

In mathematics, a coefficient is a multiplicative factor in some term of a polynomial, a series, or any expression; it is usually a number, but may be any expression. When variables appear in the coefficients, they are often called parameters, and must be clearly distinguished from those representing other variables in an expression. 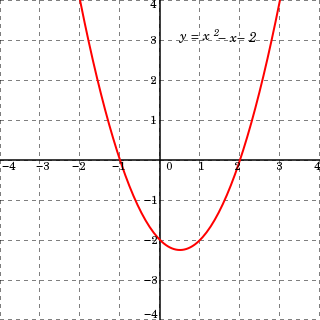 In mathematics, a polynomial sequence, i.e., a sequence of polynomials indexed by non-negative integers in which the index of each polynomial equals its degree, is said to be of binomial type if it satisfies the sequence of identities

In mathematics, a Sheffer sequence or poweroid is a polynomial sequence, i.e., a sequence {pn(x) : n = 0, 1, 2, 3, ... } of polynomials in which the index of each polynomial equals its degree, satisfying conditions related to the umbral calculus in combinatorics. They are named for Isador M. Sheffer.

In elementary algebra, FOIL is a mnemonic for the standard method of multiplying two binomials—hence the method may be referred to as the FOIL method. The word FOIL is an acronym for the four terms of the product:

In mathematics, an expansion of a product of sums expresses it as a sum of products by using the fact that multiplication distributes over addition. Expansion of a polynomial expression can be obtained by repeatedly replacing subexpressions that multiply two other subexpressions, at least one of which is an addition, by the equivalent sum of products, continuing until the expression becomes a sum of (repeated) products. During the expansion, simplifications such as grouping of like terms or cancellations of terms may also be applied. Instead of multiplications, the expansion steps could also involve replacing powers of a sum of terms by the equivalent expression obtained from the binomial formula; this is a shortened form of what would happen if the power were treated as a repeated multiplication, and expanded repeatedly. It is customary to reintroduce powers in the final result when terms involve products of identical symbols.

Zhegalkinpolynomials are a representation of functions in Boolean algebra. Introduced by the Russian mathematician Ivan Ivanovich Zhegalkin in 1927, they are the polynomial ring over the integers modulo 2. The resulting degeneracies of modular arithmetic result in Zhegalkin polynomials being simpler than ordinary polynomials, requiring neither coefficients nor exponents. Coefficients are redundant because 1 is the only nonzero coefficient. Exponents are redundant because in arithmetic mod 2, x2 = x. Hence a polynomial such as 3x2y5z is congruent to, and can therefore be rewritten as, xyz.

In abstract algebra, a monomial ideal is an ideal generated by monomials in a multivariate polynomial ring over a field.