Warren Anderson Mathis (born March 6, 1977), better known by his stage name Bubba Sparxxx, is an American rapper. His singles include "Deliverance", "Ugly" (both featuring Timbaland), and "Ms. New Booty" (featuring Ying Yang Twins and Mr. Collipark), the latter of which peaked at number 7 on the U.S. Billboard Hot 100.

Mathis grew up in a rural area near LaGrange, Georgia. He is of French descent. [1] His father was a school bus driver, and his mother was a grocery store cashier. [2] His closest neighbor, who lived half a mile away, introduced him to rap music through mixtapes mailed from New York City. The music of 2 Live Crew was his introduction to hip hop; he began listening to West Coast gangsta rap such as N.W.A and Too Short and the Atlanta duo Outkast. With rapping as a hobby, he was a tight end and linebacker for his high school's football team and earned All-Region honors in his senior year. [1] Steve Herndon, a former offensive lineman for the NFL's Atlanta Falcons and Denver Broncos, played football with him during high school, according to an interview with Down-South.com. [1] [2] In 2007, he moved to Tampa, Florida. [3]

In 1996, he moved to Athens, Georgia, where he met industry veteran Bobby Stamps. Stamps noticed him rapping after a University of Georgia football game and later introduced him to Atlanta producer Shannon Houchins.

For two years, Houchins and Stamps worked together to produce Sparxxx's first commercial CD release, Dark Days, Bright Nights , which released in 2001. The debut album saw some success in Georgia and caught the attention of Jimmy Iovine of Interscope Records. Sparxxx signed to Interscope and began working with record producers Timbaland, Organized Noize as well as continuing to work with Shannon Houchins. [1] The major-label reissue of Dark Days, Bright Nights, released via Timbaland's Beat Club Records imprint and which now included five collaborations with Timbaland and two with Organized Noise, debuted at #3 on the Billboard 200.

In 2002, he had a minor hit being featured on Archie Eversole's "We Ready", which became popular for being played at sporting events, such as football and basketball games. In late 2003, he returned with his second album, Deliverance , which was critically acclaimed but sold poorly. [1]

Sparxxx signed a recording contract with Virgin Records in 2004; under Virgin, Sparxxx released The Charm with singles "Ms. New Booty" and "Heat It Up".

He left Virgin to establish his own label, New South Entertainment, which is distributed by E1 Records. In 2007, he released a mixtape with DJ Burn One titled Survive Till Ya Thrive.

In 2012, he signed to Backroad Records, a subsidiary of the independent label Average Joes Entertainment owned by Shannon Houchins and Colt Ford, and recorded the song "Country Boy Coolin'" which was featured on Mud Digger Vol. 3, a compilation album released by Average Joe's on June 12, 2012. He stated in an interview that he planned on releasing an album to be called Miracle on Gamble Road, in 2012.

In January 2013, Sparxxx released the video "Splinter" which featured Crucifix. In July 2013, a video for his single "Country Folks", which features Danny Boone of the band Rehab and Colt Ford and produced by Houchins, was released. [4] The album Pain Management was released on October 15, 2013.

Bubba Sparxxx is a playable character in the video game Def Jam: Fight for NY . 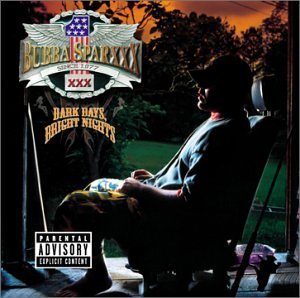 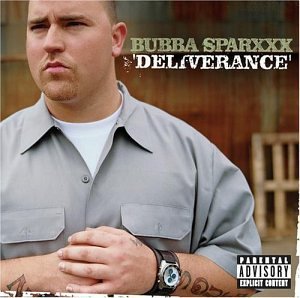 Deliverance is the second album by American rapper Bubba Sparxxx. It was released on September 16, 2003, by Beat Club and Interscope Records. The album was produced by Timbaland and Organized Noize. It was supported by three singles: "Jimmy Mathis", "Deliverance", and "Back in the Mud". 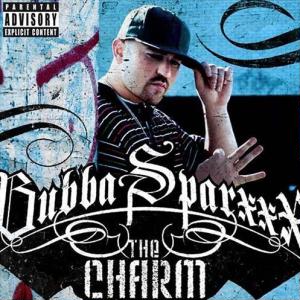 "Ms. New Booty" is a hip hop song by American rapper Bubba Sparxxx. It features the Ying Yang Twins singing the song's middle verses and Mr. Collipark, who provided the production. It also interpolates elements of Wait It was the first single released off his third album The Charm (2006).

"Heat It Up" is the second single off Bubba Sparxxx's third full-length album The Charm (2006). It was produced by Mr Collipark. The song garnered a negative reception from critics. "Heat It Up" had less chart success than its predecessor "Ms. New Booty", peaking at numbers 24 and 57 on the Billboard Hot Rap Songs and Hot R&B/Hip-Hop Songs charts respectively. 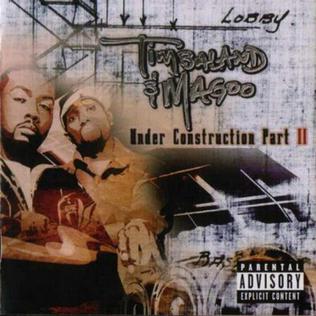 Under Construction, Part II is the third studio album released by hip hop duo Timbaland & Magoo. It was released by Blackground and Universal on November 18, 2003 in the United States. The group's third album and Timbaland's fourth overall LP, as he issued Tim's Bio: Life from da Bassment, a solo album, in 1998, Under Construction Part II is nominally a sequel to Missy Elliott's fourth studio album Under Construction, which was also chiefly produced by Timbaland. The album was dedicated to R&B singer and regular Timbaland collaborator Aaliyah, who had died on August 25, 2001.

"Ugly" is a song by American rapper Bubba Sparxxx, released as the lead single from his debut album, Dark Days, Bright Nights. The song was produced and featured guest vocals from Timbaland. The song features a sample of Missy Elliott's "Get Ur Freak On" and uncredited backing vocals by Elliott's former protégée Tweet.

"Deliverance" is a song by American rapper Bubba Sparxxx, released as the second single from his second studio album of the same name. The song features production from Timbaland, who also provides guest vocals in the chorus. Timbaland makes an appearance in the video, strumming a guitar in front of a town sign at an intersection that says "Deliverance, GA. Pop: 501"

Average Joes Entertainment Group is an American record label specializing in alternative country, country rap and country music. The label was founded in 2008 by country rap artist Jason "Colt Ford" Brown and producer Shannon Houchins. Ford has released six studio albums for the label, five of which have reached the top 10 of the country albums charts including 2012's chart topping #1 "Declaration Of Independence" which also charted at #2 on the rap albums chart. 2014's "Thanks For Listening" charted #1 on the rap albums chart and # 2 on the country albums chart.

Jonathan Matthew McCollum, better known by his stage name Rittz, is an American rapper. His debut album The Life and Times of Jonny Valiant was released on April 30, 2013, rising to number 8 on Billboard's Hot R&B/Hip-Hop Songs chart. His next two albums, Next to Nothing (2014) and Top of the Line (2016) peaked at number 3 on the same chart. His fourth album, Last Call (2017), hit number 43 on the Billboard 200. All of these were released under Tech N9ne's Strange Music label. 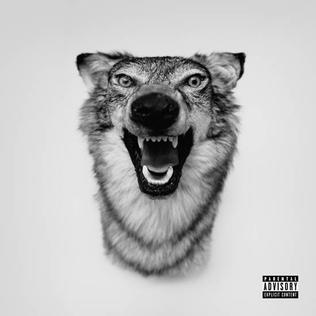 Love Story is the third studio album by American rapper Yelawolf. It was released on April 21, 2015, by Interscope Records, Shady Records and Slumerican. The album was described by Yelawolf as a more passionate album than his debut album. Recording process took place primarily in Nashville, Tennessee from 2012 to 2015. The production on the album was handled by Yelawolf himself, along with Eminem, Malay and WLPWR, among others. The album was influenced by aspects of country and rock. 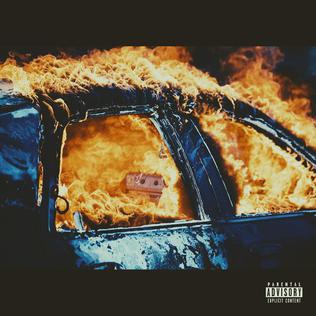 Trial by Fire is the fourth studio album by American rapper Yelawolf. The album was released on October 27, 2017, by Slumerican, Shady Records and Interscope Records. This album was entirely produced by Yelawolf himself.

Arthur Lee "Archie" Eversole was an American rapper best known for his 2002 single "We Ready". 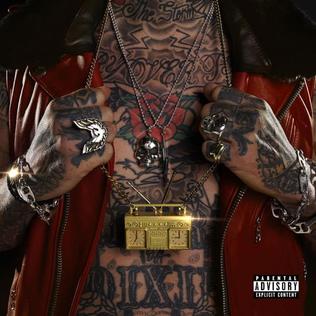 Trunk Muzik III is the fifth studio album by American rapper Yelawolf, released on March 29, 2019. It is his final album under Eminem's imprint Shady Records, and was released in conjunction with Interscope Records and Yelawolf's own label Slumerican. The album marks a return to an emphasis on the southern hip hop sound that was predominant in Yelawolf's music at the start of the decade, a contrast to the country-folk and hip hop fusions of his previous two albums. While the album is titled as the third in the Trunk Muzik series, it is, technically, the fourth, following his 2009 mixtape Trunk Muzik, its subsequent 2010 reissue Trunk Muzik 0-60, and 2013's Trunk Muzik Returns. 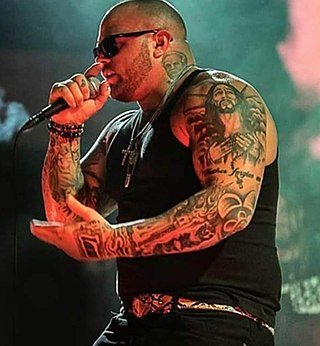 William Harness, professionally known as Struggle Jennings, is an American rapper from Nashville, Tennessee. He is the grandson of instrumental rock guitarist Duane Eddy and country musician Jessi Colter, the step-grandson of Waylon Jennings, and the nephew of Shooter Jennings, from whom Harness adopted his stage name. Jennings was one of the original members of Yelawolf's Slumerican label roster along with Bubba Sparxxx. 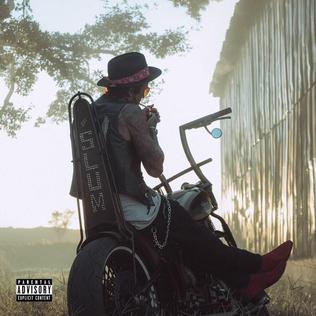 Ghetto Cowboy is the sixth studio album by American rapper Yelawolf, released on October 31st, 2019. It is his second independent studio album, after his 2005 debut Creekwater, and his first since departing from Eminem's imprint Shady Records, and its parent label, Interscope Records, following the release of Trunk Muzik 3 earlier in the year. The album's title is a homage to the 1998 hit single of the same name by the hip hop collective Mo Thugs.

Slumafia is the second collaborative extended play by American rappers Yelawolf and DJ Paul. It was released on April 16, 2021, by Slumerican and Scale-A-Ton. The album reunites Yelawolf with collaborator DJ Paul, of Three 6 Mafia, who produced the entirety of the EP. This marks the second Yelawolf project to be entirely produced by DJ Paul, following the release of the 2013 extended play, Black Fall. The album was part of Yelawolf's "April Onslaught", a series of weekly album releases in the month of April, which included Turquoise Tornado, Mile Zero, and Mudmouth. It was also released in close succession to the collaborative album Yelawolf Blacksheep, with rapper Caskey, which was released on February 19, 2021.