Bulletin of the American Meteorological Society

The Bulletin of the American Meteorological Society is a scientific journal published by the American Meteorological Society. BAMS is the flagship magazine of AMS and publishes peer reviewed articles of interest and significance for the weather, water, and climate community as well as news, editorials, and reviews for AMS members. BAMS articles are fully open access; AMS members can also access the digital version which replicates the print issuecover-to-cover and often includes enhanced articles with audio and video. 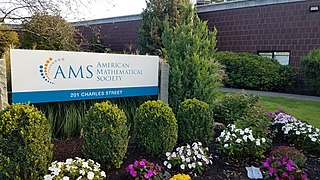 The American Meteorological Society (AMS) is the premier scientific and professional organization in the United States promoting and disseminating information about the atmospheric, oceanic, and hydrologic sciences. Its mission is to advance the atmospheric and related sciences, technologies, applications, and services for the benefit of society. 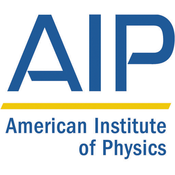 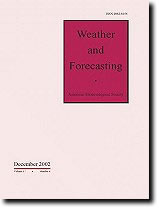 Weather and Forecasting is a scientific journal published by the American Meteorological Society. Articles on forecasting and analysis techniques, forecast verification studies, and case studies useful to forecasters. In addition, submissions that report on changes to the suite of operational numerical models and statistical post-processing techniques, and articles that demonstrate the transfer of research results to the forecasting community. 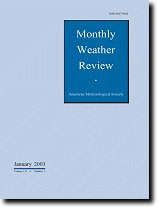 The Monthly Weather Review is a peer-reviewed scientific journal published by the American Meteorological Society. It covers research related to analysis and prediction of observed and modeled circulations of the atmosphere, including technique development, data assimilation, model validation, and relevant case studies. This includes papers on numerical techniques and data assimilation techniques that apply to the atmosphere and/or ocean environment. The editor-in-chief is David M. Schultz. 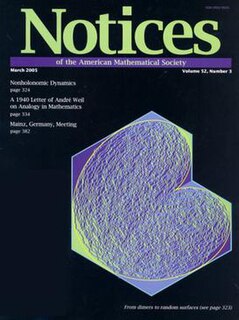 Roger Willis Daley was a British meteorologist known particularly for his work on data assimilation.

Aksel C. Wiin-Nielsen was a Danish professor of meteorology at University of Copenhagen, University of Michigan, Director of the European Centre for Medium-Range Weather Forecasts (ECMWF), and Secretary-General of the World Meteorological Organization (WMO).

Edward Epstein was an American meteorologist who pioneered the use of statistical methods in weather forecasting and the development of ensemble forecasting techniques.

David Atlas was an American meteorologist and one of the pioneers of radar meteorology. His career extended from World War II to his death: he worked for the US Air Force, then was professor at the University of Chicago and National Center for Atmospheric Research (NCAR), researcher at NASA and private consultant. Atlas owned 22 patents, published more than 260 papers, was a member of many associations, and received numerous honors in his field.

Paul Rowland Julian, a Fellow of the American Meteorological Society, is an American meteorologist who served as a longtime staff scientist at the National Center for Atmospheric Research (NCAR), was co-author with Roland Madden of the study establishing the Madden–Julian oscillation (MJO), and contributed to the international, multi-institutional Global Atmospheric Research Program (GARP), Tropical Wind, Energy Conversion, and Reference Level Experiment (TWERLE), and Tropical Ocean-Global Atmosphere (TOGA) meteorology research programs. The MJO meteorologic phenomenon he co-discovered is the largest element of the intraseasonal variability in the tropical atmosphere, a traveling pattern arising from large-scale coupling between atmospheric circulation and tropical deep convection. Description of the MJO remains an important contribution to climate research with relevance to modern short- and long-term weather and climate modeling.

The highest temperature recorded on Earth has been measured in three major ways: air, ground, and via satellite observation. Air measurements are used as the standard measurement due to persistent issues with unreliable ground and satellite readings. Air measurements are noted by the World Meteorological Organization (WMO) and Guinness World Records among others as the standard to be used for determining the official record. The current official highest registered air temperature on Earth is 56.7 °C (134.1 °F), recorded on 10 July 1913 at Furnace Creek Ranch, in Death Valley in the United States. For ninety years, a former record that was measured in Libya had been in place, until it was decertified in 2012 based on evidence that it was an erroneous reading. This finding has since raised questions about the legitimacy of the 1913 record measured in Death Valley, with several meteorological experts asserting that there were similar irregularities. The WMO has stood by the record as official pending any future investigative results. If the current record were to be decertified then the holder would be a tie at 54.0 °C (129.2 °F), recorded both at Furnace Creek, and in Kuwait.

The Bulletin of Mathematical Sciences is a peer-reviewed scientific journal of mathematics published by Springer Open as a diamond open access journal. The journal concentrates on publishing high level expository papers, mostly invited, in all areas of mathematics, as well as short papers with original research. The journal publishes one volume per year, consisting of three issues. The journal's Executive Editors are Efim Zelmanov, S.K. Jain and Ahmed Alsaedi. As of 2018, Bulletin of Mathematical Sciences is archived and no longer receiving submissions.

Polarforschung is a biannual peer-reviewed open-access academic journal published by Copernicus Publications on behalf of the German Society for Polar Research and the Alfred Wegener Institute for Polar and Marine Research. It was established in 1931, with articles appearing both in English and German. It covers a range of topics broadly related to the fields of polar, glaciological, and high-mountain research. Historically, reports from polar expeditions and reviews on polar topics were published as well. Though the journal originally published only on topics within the natural sciences, the current version of the journal includes contributions from an expanded range of polar and high-mountain research disciplines, including biology and ecology, geology and geophysics, geodesy and glaciology, permafrost, oceanography, climate and meteorology, history and social sciences, education, and outreach and knowledge transfer. The journal publishes scientific articles, review articles, reports for the polar community, teaching materials or concepts, and book reviews, alongside news and updates from the German Society for Polar Research, the Association of Polar Early Career Scientists Germany Board, and relevant conference reports. The journal no longer accepts manuscripts which show yet-unpublished or original data and results, and instead focuses on scientific articles with an overarching thematic focus.