The CEVRO Institute (Czech: CEVRO Institut) is a private university in Prague, Czech Republic. It offers BA and MA degrees in a wide range of social sciences and several professional post-graduate programs.

CEVRO Institute was established on 15 September 2005, by CEVRO – Liberal-Conservative Academy, a nonpartisan think tank created in 1999 to provide political education, democracy assistance and capacity building for democratic leaders and parties from around the world. CEVRO Institute is a small private college located in the center of the city of historical Prague.

Mirek Topolánek, then Prime Minister of the Czech Republic, presided over the opening of the university, praising CEVRO's founding as a testament to the free enterprise system.

Your university – and I want to sincerely congratulate you on successful accomplishment of your project – is evidence that capitalism is not equal to egoism. This false equation had been hammered into our heads for many years. And some people would like to hammer it into our heads again. And you stuck up for yourselves. You stuck up for yourselves, because you know that capitalism equals to freedom. Freedom of possession, as well as freedom of research. Freedom of working and freedom of using fruits of one's work, whether they are fruits of material or spiritual character. .

As of 2020, the current president is economist Josef Šíma, and the board chairman is Ivan Langer. Tomáš Pojar, the vice president for International Relations of the CEVRO Institute, is the former Ambassador of the Czech Republic to Israel.

The school offers 12 academic programs, 2 of them in English. [2] In the fall of 2016, the school launched a unique PPE (philosophy, politics and economics) MA program taught in English with international faculty from both Europe and the United States. Specialization tracks include Studies of Transition, Austrian Economics, International Politics, Studies of Objectivism, Behavioral Policy Making, Law and Economics. Peter Boettke called the program "a wonderful educational and life experience for the next generation of potential thought leaders... Just a phenomenal opportunity to live learning." [3]

In the fall of 2020, the school launches an international BA program Economics, Business, Politics.

The central facility of CEVRO Institute is in a historic building in downtown Prague. [4]

As of 2020 student body includes full-time, exchange and study abroad students coming from over 30 countries. [5]

CEVRO Institute publishes New Perspectives on Political Economy , a peer-reviewed, semi-annual, bilingual, interdisciplinary journal. Its main objective is to enhance the understanding of private property, market, and individual liberty-based perspectives in the respected sciences, mostly from the Austrian School.

Prague Conference on Political Economy - PCPE - is an annual international and interdisciplinary gathering of scholars focusing on cross-disciplinary research in the tradition of PPE, PPE&L or the Austrian School of Economics and political economy of freedom organized in Prague since 2005. Two annual memorial lectures - Franz Cuhel Memorial Lecture and Friedrich von Wieser Memorial Lecture - are dedicated to the memory of two scholars whose lives are tight with the city of Prague. [6] CEVRO Institute has been the main PCPE organizer since 2010. [7] Guido Calabresi is an Italian born American legal scholar and Senior United States Circuit Judge of the United States Court of Appeals for the Second Circuit. He is a former Dean of Yale Law School, where he has been a professor since 1959. Calabresi is considered, along with Ronald Coase and Richard Posner, a founder of the field of law and economics.

Oldřich Dědek is a Czech economist. He graduated in agricultural economics from the University of Economics, Prague.

Richard M. Ebeling is an American libertarian author who was the president of the Foundation for Economic Education (FEE) from 2003 to 2008.

Boudewijn Bouckaert is a Belgian law professor, a member of the Flemish Movement, and a libertarian conservative thinker and politician. He chairs the academic board of the LIB-ERA! think tank and serves as Member of the Flemish Parliament for the liberal party List Dedecker. He is also a former president of the Belgian classical liberal think tank Nova Civitas.

The Libera Università Internazionale degli Studi Sociali "Guido Carli", known by the acronym "Luiss" or "Luiss Guido Carli", is an independent private university located in Rome, Italy, founded in 1974 by a group of entrepreneurs led by Umberto Agnelli, brother of Gianni Agnelli.

Josef Kaizl was a well known Czech professor, economist, and politician in the Austro-Hungarian Empire. He was a member of the Imperial Council, and also Cisleithanian finance minister (1898–1899). Kaizl was leading Czech liberal politician, known for his moderate attitudes and seeking of various means to strengthen autonomous position of Bohemian/Czech lands within the Austro-Hungarian Empire. He served as the first Czech economics teacher at the Charles University. His close friends and collaborators were Jan Gebauer and Tomáš Masaryk. 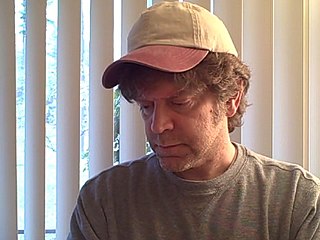 David L. Prychitko is an American economist of the Austrian School. Prychitko is a critic of Marxism, but defends the idea of workers' self-managed firms in a freed market system. Prychitko is a tenured professor at Northern Michigan University.

The Faculty of Social Sciences (FSS) is one of the newest faculties of Charles University. The Faculty was founded in 1990, shortly after the Velvet Revolution. It soon became a regional centre of teaching and research in area studies, economics, international relations, journalism, media studies, sociology and political science. The Faculty offers bachelor’s, master’s, and doctoral degree programs in social sciences. While the languages of instruction are Czech and English, students can choose from classes in a wide range of other languages, including French, German, Russian and Spanish.

Helena Válková is a Czech politician, university professor, and lawyer, specialising in criminal law and criminology. From January 2014 until March 2015 she was the Czech Minister of Justice in the government of Bohuslav Sobotka. She was elected to the Chamber of Deputies for ANO 2011, though she is now non-partisan. On 10 February 2015, Andrej Babiš, the leader of ANO 2011, announced that Válková will be replaced in the function by the lawyer Robert Pelikán. Válková's tenure ended on 1 March. 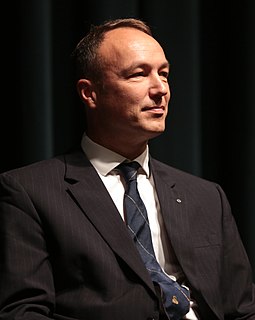 Mario J. Rizzo is an American economist of the Austrian School. He serves as an Associate Professor of Economics at New York University.