Woodforde was born on 29 November 1907 [3] and educated at King's School, Bruton [4] and Peterhouse, Cambridge. Ordained in 1932 [5] he began his ecclesiastical career with curacies at King's Lynn, Louth and Hellesdon. After this he held incumbencies at Exford, Axbridge and Steeple Morden. From 1948 to 1959 he was Fellow and Chaplain at New College, Oxford. In 1959 he was appointed Dean of Wells, [6] a post he held until his death on 12 August 1962 aged 54. [7] 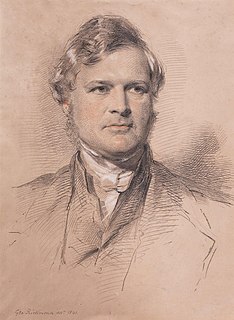 John Leonard Wilson was an Anglican bishop. He was Bishop of Singapore from 1941 to 1949 during the time of Japanese occupation and subsequently Dean of Manchester and Bishop of Birmingham.

Alan Francis Bright Rogers (1907–2003) was an Anglican bishop who held three different posts in an ecclesiastical career spanning over half a century.

Thomas Crick, was an Anglican priest in the middle part of the 20th century.

George Eric Gordon was an Anglican bishop in the 20th century.

Irven David Edwards was an Anglican priest in the mid 20th century.

Christopher George Barlow was an Anglican bishop in Australia. He was a Bishop of North Queensland and a Bishop of Goulburn.

Christopher Evelyn Storrs was an Anglican bishop in the mid 20th century. 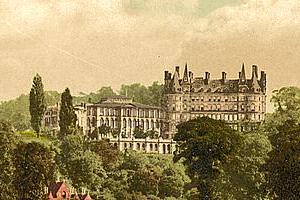 The Star and Garter Hotel in Richmond was a hotel located in the London countryside on Richmond Hill overlooking the Thames Valley, on the site later occupied by the Royal Star and Garter Home, Richmond. The first establishment on the site, an inn built in 1738, was relatively small. This was followed by several other buildings of increasing size and varied design as the site changed from family ownership to being run by a limited company. Some of the rebuilding or extension work took place following fires that by 1888 had destroyed most of the original buildings. At various times architects were commissioned to build grand new buildings or extensions to take advantage of the famed view over the river and valley below, with the largest being the 1860s chateau block by E. M. Barry.

Cuthbert Aikman Simpson was an Anglican priest and academic. From 1954 to 1959, he was Regius Professor of Hebrew at the University of Oxford. From 1959 to 1969, he was Dean of Christ Church, Oxford.

The Venerable Alan Stanley Giles was an eminent Anglican priest in the second half of the 20th century.

The Venerable Christopher John Hawthorn was Archdeacon of Cleveland from 1991 to 2001.