A contributing editor is a newspaper, magazine or online job title that varies in its responsibilities. Often, but not always, a contributing editor is a "high-end" freelancer, consultant, or expert who has proven ability and has readership draw. [1] This contributing editor would regularly contribute articles to the publication but does not always edit articles. Here the title "editor" implies a certain level of prestige rather than a more traditional editing role. In other instances, however, a contributing editor may oversee projects or specific aspects of a publication and have more regular editing duties. At smaller magazines, the title can imply a staff member with regular writing responsibility and some editorial duties. When a "contributing editor" is listed on the title page of a book, the term generally designates a person who has served as some kind of consultant in the book's preparation but who is not responsible for the book's final content.

In 2011, a contributing editor's salary often ranged from $40,000 to $60,000 per year. [2] Salaries vary depending on the company overseeing the project and the size of the project.

A contributing editor's responsibilities may include, but are not confined to, the following: developing content for articles, meeting deadlines, reviewing articles, solicited or unsolicited, editing grammar and content to ensure quality readership, attending conferences to develop editing skills, and exchanging ideas with others. [3] Proof of previous publication is encouraged when seeking a job in this field to establish one's credibility. [4]

If a media source is looking to hire a contributing editor, one may expect to see the following list of skills necessary to be considered for the job: [5]

NOTE: This role can mean different things depending on the work environment but requires a tedious eye and lots of time nonetheless. 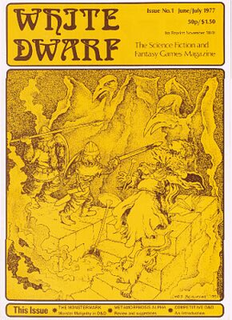 White Dwarf is a magazine published by British games manufacturer Games Workshop, which has long served as a promotions and advertising platform for Games Workshop and Citadel Miniatures products.

Construction engineering is a professional discipline that deals with the designing, planning, construction and management of infrastructures such as roads, tunnels, bridges, airports, railroads, facilities, buildings, dams, utilities and other projects.

Copy editing is the process of revising written material to improve readability and fitness, as well as ensuring that text is free of grammatical and factual errors. The Chicago Manual of Style states that manuscript editing encompasses "simple mechanical corrections through sentence-level interventions to substantial remedial work on literary style and clarity, disorganized passages, baggy prose, muddled tables and figures, and the like ." In the context of print publication, copy editing is done before typesetting and again before proofreading. Outside of traditional book and journal publishing, the term copy editing is sometimes incorrectly referred to as proofreading, or the term copy editing sometimes includes additional tasks.

Scientific literature comprises scholarly publications that report original empirical and theoretical work in the natural and social sciences, and within an academic field, often abbreviated as the literature. Academic publishing is the process of contributing the results of one's research into the literature, which often requires a peer-review process.

A video game producer is the person in charge of overseeing development of a video game.

Notes and Queries is a long-running quarterly scholarly journal that publishes short articles related to "English language and literature, lexicography, history, and scholarly antiquarianism". Its emphasis is on "the factual rather than the speculative". The journal has a long history, having been established in 1849 in London; it is now published by Oxford University Press.

A creative director is a position often found within the graphic design, film, music, video game, fashion, advertising, media, or entertainment industries, but may be useful in other creative organizations such as web development and software development firms as well. 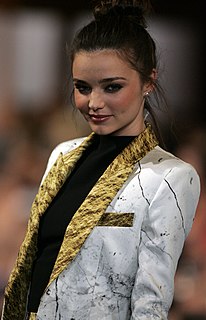 A wardrobe stylist, also fashion stylist, is a consultant who selects the clothing for published editorial features, print or television advertising campaigns, music videos, concert performances, and any public appearances made by celebrities, models or other public figures. Stylists are often part of a larger creative team assembled by the client, collaborating with the fashion designer, photographer/director, hair stylist, and makeup artist to put together a particular look or theme for the specific project. A wardrobe stylist can also be referred to as a fashion stylist, fashion editor, or celebrity stylist. According to one view, "Stylists are the people who push each celebrity to make the best dressed list," and assist with editorial photo shoots.

An editor-at-large is a journalist who contributes content to a publication. Sometimes such an editor is called a roving reporter or roving editor. Unlike an editor who works on a publication from day to day and is hands-on, an editor-at-large contributes content on a semi-regular basis and has less of a say in matters such as layout, pictures or the publication's direction. Editor at large is a term often used in Fashion Magazines, usually appointing quasi-celebrities and/or long terms editors. Most notables are Carine Roitfeld, Anna dello Russo, Andre Leon Talley and Arnaud Henry Salas-Perez . For fashion magazines, the term is more of an honorary position.

Backwoods Home Magazine is a quarterly American magazine. It was founded in 1989 in a garage in Ventura, California, by Dave Duffy and his seven-year-old daughter, Annie. After publication of the second issue, Duffy met Ilene Myers, who became his wife and partner-in-publication. Backwoods Home remains family-owned. It is based in Philomath, Oregon.