In the United States, a managing editor of a newspaper, magazine or other periodical publication oversees and coordinates the publication's editorial activities. The managing editor can hire, fire, or promote staff members. Other responsibilities include creating and enforcing deadlines. Most section editors will report to the managing editor. The ME must enforce policies set by the editor in chief. It is their job to approve stories for print or final copy. On matters of controversy, the ME decides whether to run controversial pieces. At a newspaper a managing editor usually oversees news operations while opinion pages are under separate editors.

In the United Kingdom a managing editor tends to manage budget, staffing, and scheduling for a publication, and may have equivalent ranking to a deputy editor in the organization's structure.

The title also applies to the evening televised newscasts, such as those on ABC, CNN, CBS, NBC, PBS, and the FOX News Channel. The anchors of these newscasts also work as the managing editor of their newscasts.[ citation needed ] Responsibilities vary in different companies. The managing editor – if a station has this position – manages the more day-to-day operations of the newsroom. [2]

The Ontarion is an independent English-language student newspaper published at the University of Guelph in Guelph, Ontario. As of 2004, it publishes each Thursday with over 10,000 copies distributed weekly on and off campus during the fall and winter semester and, until the summer of 2017, it published bi-weekly during the summer semester. It has since ceased summer publication, while it continues regular publications throughout the traditional school year.

The Sheaf is a student-run newspaper serving the University of Saskatchewan in Saskatoon, Saskatchewan since 1912. A new issue comes out every Thursday with approximately 3,000 copies per issue.

A hotel manager, hotelier, or lodging manager is a person who manages the operation of a hotel, motel, resort, or other lodging-related establishment. Management of a hotel operation includes, but is not limited to management of hotel staff, business management, upkeep and sanitary standards of hotel facilities, guest satisfaction and customer service, marketing management, sales management, revenue management, financial accounting, purchasing, and other functions. The title "hotel manager" or "hotelier" often refers to the hotel's General Manager who serves as a hotel's head executive, though their duties and responsibilities vary depending on the hotel's size, purpose, and expectations from ownership. The hotel's General Manager is often supported by subordinate department managers that are responsible for individual departments and key functions of the hotel operation. 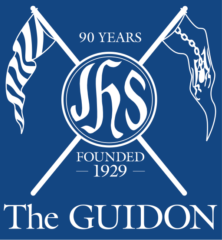 The Guidon is the official student newspaper of the Ateneo de Manila University. Published monthly between August and March, The Guidon is a member of the Ateneo's Confederation of Publications and is one of the founding members of the College Editors Guild of the Philippines, along with The Varsitarian of the University of Santo Tomas, The Philippine Collegian of the University of the Philippines Diliman, and The National of National University (Philippines). As of 2021, The Guidon is in its 92nd year, with its Editor-in-Chief being Tatiana L. Maligro, its Associate Editor being Andrea Mikaela B. Llanes, its Managing Editor being Beatriz Ysabel C. Reyes, and its Design Executive Editor being Neil Christian R. Reyes.

91.7 WCUC FM is a fully operational, FCC-licensed, non-commercial educational, student-run radio station under the Department of Communication that is operated with the intention of being a student learning lab for Clarion University of Pennsylvania.

A chief content officer (CCO) is a corporate executive responsible for the digital media creation and multi-channel publication of the organization's content.