Cresta Blanca Winery was one of the original Livermore Valley wineries. It was founded by Charles Wetmore in 1882 with cuttings of Sauvignon blanc from Chateau d'Yquem and other top Bordeaux properties. [2] Its first vintage, a dry white wine in 1884 won Grand Prize at the 1889 Paris Exposition, becoming the first California wine to win a competition in France. The victory also assured the future of the California wine industry, which had fallen upon hard times. [1]

Named for a white limestone cliff that dominates the Livermore Valley landscape, the winery was thriving prior to Prohibition, at which time it had to be shut down. Wetmore died before Prohibition's repeal, but it was re-opened by his brother Clarence. It was sold in 1941 to Schenley Distillers, who closed the business in 1965. The name was then sold to the Guild Wine Company in 1965. The land remained fallow until it was purchased by the Wente family in 1981, and revitalized as the "Sparkling Cellars."

The winery is registered as California Historical Landmark #586. [1]

The vineyards were located on the South end of Arroyo Road in Livermore, California. 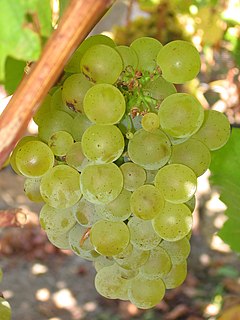 Sauvignon blanc is a green-skinned grape variety that originates from the Bordeaux region of France. The grape most likely gets its name from the French words sauvage ("wild") and blanc ("white") due to its early origins as an indigenous grape in South West France. It is possibly a descendant of Savagnin. Sauvignon blanc is planted in many of the world's wine regions, producing a crisp, dry, and refreshing white varietal wine. The grape is also a component of the famous dessert wines from Sauternes and Barsac. Sauvignon blanc is widely cultivated in France, Chile, Romania, Canada, Australia, New Zealand, South Africa, Bulgaria, the states of Oregon, Washington, and California in the US. Some New World Sauvignon blancs, particularly from California, may also be called "Fumé Blanc", a marketing term coined by Robert Mondavi in reference to Pouilly-Fumé.

The Livermore Valley AVA is an American Viticultural Area in Alameda County, California, surrounding the city of Livermore in the Tri-Valley region. Both the AVA and the city are named after Robert Livermore, a landowner whose holdings encompassed the valley. The groundwater basin underlying the valley is the Livermore Basin, the largest sub-unit of which is the Mocho Subbasin. The Livermore Basin is one of five aquifers in the San Francisco Bay Area that supply most of the metropolitan Bay Area population. The entire Livermore Basin aquifer faces a concern over elevated total dissolved solids by the year 2020 due to an expanding human population leading to higher rates of return water flows to the aquifer containing certain salts. 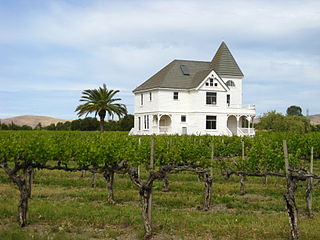 Concannon Vineyard is the second-largest winery in the Livermore Valley of California, producing around 30,000 cases annually. It is well known for its Petite Sirah and Concannon was the first winery to bottle this grape as a varietal wine in 1961. Prior to 1961, the petite sirah grape was produced worldwide as a blend wine. It also produces several other varieties of wine, including Chardonnay and Cabernet Sauvingnon. Concannon is owned by The Wine Group.

Wente Vineyards is a winery in Livermore, California, that is "the oldest continuously operating, family-owned winery in the United States." The Wente Estate is registered as a California Historical Landmark #957.

Stag's Leap Wine Cellars is a winery founded by Warren Winiarski in 1970 and based in the Stags Leap District of Napa Valley, California. The winery was sold to a joint venture by Chateau Ste. Michelle of Woodinville, Washington, and Marchesi Antinori Srl of Italy for $185 million in August 2007. It is 50% owned by the tobacco/food conglomerate Altria.

California wine has a long and continuing history, and in the late twentieth century became recognized as producing some of the world's finest wine. While wine is made in all fifty U.S. states, up to 90% of American wine is produced in the state. California would be the fourth largest producer of wine in the world if it were an independent nation.

Mayacamas Vineyards is a California wine producer located in the Mt. Veeder AVA in the Mayacamas Mountains within the Napa Valley AVA, bordering the Sonoma Valley AVA. The estate is known for producing wine of a more traditional style than the Napa trends of recent years that emphasizes power, weight, high levels of alcohol and extravagance. 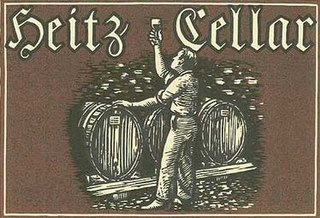 Heitz Wine Cellars is a California wine producer located within Napa Valley east of the town of St. Helena. An early modern era Napa Valley presence and pioneering exponent of French oak, the estate enjoys a historical renown with the success of its Martha's Vineyard Cabernet Sauvignon, and has also been described as a "master of Grignolino".

Beaulieu Vineyard is a vineyard near Rutherford, California, belonging to the appellation Rutherford AVA. It was established by Georges de Latour and his wife Fernande in 1900. 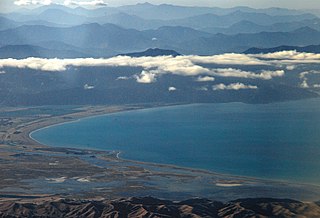 Cloudy Bay Vineyards is a winery based in the Marlborough wine region of New Zealand, with vineyards in both Marlborough and Central Otago. Established in 1985 as one of the earliest wineries founded in Marlborough, Cloudy Bay attracted international acclaim for its first Sauvignon Blanc wines in the 1980s and was instrumental in establishing New Zealand's international reputation for white wine. It was acquired by Champagne house Veuve Clicquot in 2003 and is now a LVMH brand. 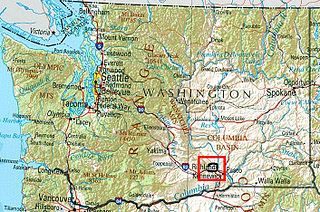 The Red Mountain AVA is an American Viticultural Area that includes the land surrounding Red Mountain in Benton County, Washington. It is part of the Yakima Valley AVA, which in turn is part of the larger Columbia Valley AVA. Located between Benton City and the City of West Richland, the Red Mountain AVA is the smallest in the state at only 4,040 acres (1,630 ha) in area. The area has more than 2,000 acres (810 ha) under cultivation of primarily red varietals including Cabernet Sauvignon, Merlot, Sangiovese, Cabernet Franc and Syrah. The reputation of the wines produced in this area has brought Red Mountain AVA worldwide acclaim. The vineyards in this appellation have produced grapes for some of the most sought after wines in Washington State. 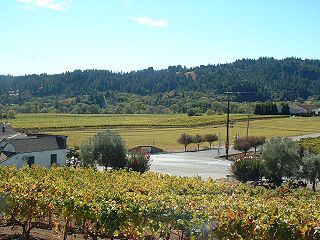 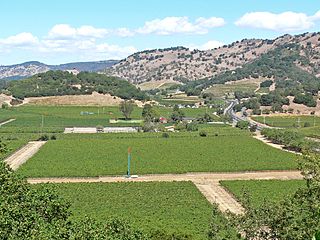 California wine production has a rich viticulture history since 1680 when Spanish Jesuit missionaries planted Vitis vinifera vines native to the Mediterranean region in their established missions to produce wine for religious services. In the 1770s, Spanish missionaries continued the practice under the direction of the Father Junípero Serra planted California's first vineyard at Mission San Juan Capistrano. 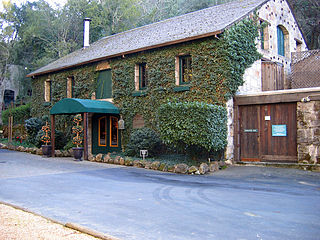 Buena Vista Winery is a winery located in Sonoma, California, United States. It is the second oldest winery in California after the D'Agostini Winery, which was founded a year prior in 1856. It was founded by Agoston Haraszthy in 1857. The winery is located on its original grounds, just east of Sonoma, California.

Silver Oak Cellars is a family-owned, California winery dedicated to producing only Cabernet Sauvignon. Silver Oak was established in 1972 by Ray Duncan and Justin Meyer. It is currently operated by Ray's sons David Duncan, who serves as the President and CEO, and his brother, Tim Duncan, who serves as Executive Vice President. Silver Oak has two wineries; one in Oakville in the Napa Valley and one in Healdsburg in the Alexander Valley. The Duncan Family also established Twomey Cellars in 1999, which has wineries in Calistoga and Healdsburg. 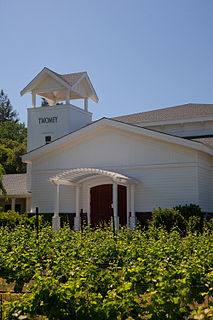 Twomey Cellars is a California winery. It was established in 1999 by the Duncan Family, who have operated the successful Silver Oak Cellars in California since 1972. The Duncan Family started Twomey Cellars to pursue varietals other than Cabernet Sauvignon. Twomey has three wineries: one in Calistoga in the Napa Valley; one in Healdsburg in the Russian River Valley; one in Philo in Anderson Valley, and produces mainly Pinot noir and Sauvignon blanc. Twomey’s Sauvignon blanc is a blend of Sauvignon blanc grapes from their estate vineyards at their wineries in Napa Valley, Anderson Valley, and Russian River Valley. 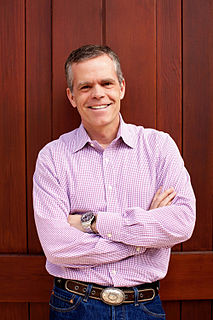 David Duncan is an American vintner and entrepreneur. The President and Chief Executive Officer of Duncan Oil, he is also the President and Chief Executive Officer of Silver Oak Cellars and Managing Partner of Twomey Cellars, successful wineries in northern California, operating in the Napa, Alexander and Russian River Valleys. He is the son of late Raymond Twomey Duncan, an oil and wine entrepreneur who co-founded Silver Oak in 1972 with Justin Meyer. Silver Oak is a family-run and owned business, and his brother Tim Duncan is Executive Vice President of the company. ColoradoBiz says that David Duncan is "as much a hands-on winery president as he can be", as president of a winery that has "reached cult status" for its Cabernet Sauvignon production.

Kenwood Vineyards is a winery in Kenwood, California, located on Highway 12 in the Sonoma Valley wine country. It is currently owned by Pernod Ricard Winemakers.

Spottswoode Estate Vineyard & Winery is a winery in the southern outskirts of St. Helena, California, in the St. Helena AVA of the Napa Valley, in the United States. The estate was established in 1882. The winery is a producer of Cabernet Sauvignon and Sauvignon Blanc. As of 2021, about 40 acres are under cultivation, which typically produces around 5,000 cases of wine per year.