Schofield was born in Wythenshawe, Manchester, England, one of ten children in a working-class family. He attended St. John Fisher and Thomas More R.C. Primary School, along with his brother, Peter. His first acting experience was at Manchester Boys' School at the age of 12. In 1967 he was accepted as student assistant stage manager at a local repertory theatre. He worked in every department as a prop-maker, sound-man, writer, stage sweeper, waiter and tea-maker, putting in 14-hour days, six days a week. After two seasons, at the age of 19, he became a student of the London Academy of Music and Dramatic Art, which he left early to pursue his path as a working actor.

Schofield earned credits in TV series such as Band of Gold , Footballers' Wives and Holby City among many other TV productions. On the big screen he is best known as the paranoid darts player in the Slaughtered Lamb in An American Werewolf In London (1981), and his other films include The Dogs of War (1980), Tree of Hands (1989), The Last of the Mohicans (1992), Anna Karenina (1997), Gladiator (2000), From Hell (2001), and as Ian Mercer in the Pirates of the Caribbean films. He has also appeared in Valkyrie (2008) as anti-Hitler conspirator Erwin von Witzleben, The Wolfman (2010), F (2010), Burke and Hare (2010), Lord of Tears (2013) and as Peter Carmichael in the suspense thriller Last Passenger (2013). On TV he appeared alongside Jimmy Jewel in the ITV comedy-drama Funny Man (1981), played the title role Shackleton (1983), in Jekyll & Hyde (1990) starring Michael Caine, and played DCS John Salway in the award-winning BBC series Our Friends in the North in 1996. In 2008, he starred as Kirill, in the web series of the same name. In 2009 Schofield guest starred as King Alined in the BBC fantasy drama series Merlin . In 2011 he played the sinister Police Sergeant Foley in Hugo Blick's The Shadow Line , a seven-part series for BBC Two. In autumn 2015, he was seen as Odin in the episode "The Girl Who Died" in the ninth series of the BBC1 series Doctor Who . In 2016 he appeared as Vivan Wolsey in the BBC series' Father Brown episode 4.1 "The Mask of the Demon" and The Coroner episode 2.6 "Life". In 2017 he appeared as Abbot Eadred in The Last Kingdom . In 2018, he appeared as Thomas the Apostle in the film Mary Magdalene , written by Helen Edmundson. [1] [2]

Schofield has performed for the Royal Shakespeare Company, the Royal National Theatre, and the Royal Exchange, Manchester. He created the role of John Merrick in Bernard Pomerance’s play The Elephant Man for its premiere in 1977. [3] [4] He played Roy Cohn in the National's 1993 production of Angels in America . He also acted in musicals ( Saucy Jack and the Space Vixens ) and plays on the West End stage in London.

In 2001-02 Schofield appeared as Javert in a BBC radio adaptation of Les Misérables. [5] Since 2007 he has played Frank Twist in the BBC Radio 4 drama series Brief Lives set in a Manchester legal practice. [6] In 2011, he played Tellwright in Helen Edmundson's adaptation of Anna of the Five Towns . [7]

David Schofield's wife is Lally and their children are Fred and Blanche. Schofield is a patron of the Gesar Foundation. [8] 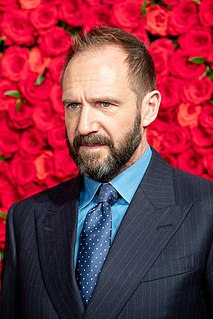 Sir Antony Sher, KBE is a British actor of South African origin, a two-time Laurence Olivier Award winner and four-time nominee, who joined the Royal Shakespeare Company in 1982 and toured in many roles, as well as appearing on film and TV, and working as a writer and theatre director. In 2001, he starred in his cousin Ronald Harwood’s play Mahler's Conversion, and said that the story of a composer sacrificing his faith for his career echoed his own identity struggles.

Derek Griffiths is a British actor and voice artist who appeared in numerous British children's television series in the 1960s to present and has more recently played parts in TV drama. 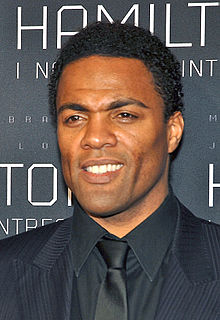 Raymond Fearon is a British actor who has worked extensively in theatre, and is known for playing garage mechanic Nathan Harding on ITV's long-running soap opera Coronation Street. 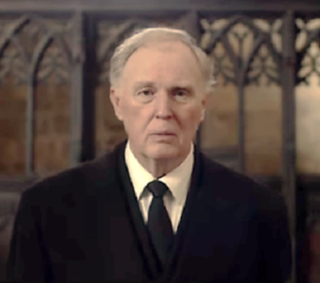 David Bailie is an English actor, known for his performances on stage, television and film. In the 1960s and 1970s he worked for both the National Theatre and the Royal Shakespeare Company, where he was an associate artist. On TV he played "Dask" in the 1977 Doctor Who serial The Robots of Death, and also appeared in Blake's 7. On film, he played the mute pirate Cotton in the Pirates of the Caribbean series. Bailie is also a professional photographer, specialising in portrait photography. He has a studio in West Kensington, London.

Anne, Queen of Great Britain, has been depicted in novels, film and television. 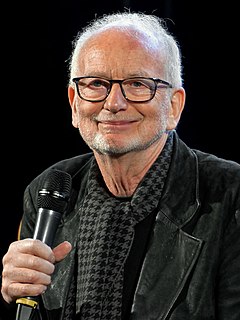 Ian McDiarmid is a Scottish actor and director of stage and screen, best known for portraying Palpatine in the Star Wars film series. Making his stage debut in Hamlet in 1972, McDiarmid joined the Royal Shakespeare Company in 1974, and has since starred in a number of Shakespeare's plays. He has received an Olivier Award for Best Actor and a Tony Award for Best Featured Actor in a Play for his stage performances.

Dilys Hamlett was a British actress.

Timothy Speyer is a British actor, most notable for his stage work.