Dominator, released in 1988, is the second full-length studio album by the British heavy metal band Cloven Hoof. This science fiction concept album debuts singer Russ North and guitarist Andy Wood (both from Tredegar) in the band, as well as drummer Jon Brown. This album also shows Cloven Hoof's musical direction leaning more towards power metal than their previous releases. The songs "The Fugitive" and "Reach for the Sky" were previously recorded on their 1986 live album Fighting Back , and "Road of Eagles" was originally recorded on their first 1982 demo and also recorded live in studio for the BBC Rock Sessions in the mid 1980s.

This album was only officially pressed on cassette tape and vinyl. The album art is lifted from John Blanche's "Amazonia Gothique" (1986).

In 2011 the album has been digitally remastered and reissued by Metal Nations (UK record label). The CD could be pre-ordered (first 50 orders include a free sew-on patch of the album) online on the band's site.

All songs written by Lee Payne, unless indicated otherwise. 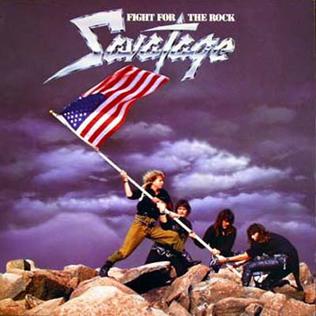 Fight for the Rock is the third full-length album by the American heavy metal band Savatage. It is their first album with new bass player Johnny Lee Middleton, who has since become the only member to appear on each subsequent Savatage album since.

The Eagle Has Landed is the first live album by heavy metal band Saxon and the first album featuring their long time drummer Nigel Glockler. It was recorded during the European leg of the world tour supporting the album Denim and Leather and released in 1982. The album reached no.5 in the UK charts.

Rob Kendrick is an English rock guitarist, best known as guitarist for the English band, Trapeze. Trapeze had major musical success in the 1970s and early 1980s with their single, "Black Cloud". Trapeze, broke up in the 1980s. Glenn Hughes, the original bass player left the band to join Deep Purple, and shortly afterwards, Dave Holland, drummer, left the line-up to join Judas Priest. Mel Galley, the original guitarist, left the band shortly after and joined Whitesnake. Kendrick continued touring the United States, supporting a new Trapeze, including Texas musicians Mike Mikeska on drums and Buck Judkins on bass guitar. 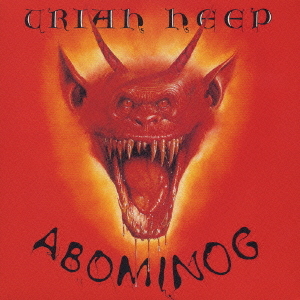 Abominog is the 14th studio album by British rock band Uriah Heep, released in March 1982 by Bronze Records in the United Kingdom, and in September 1982 by Mercury Records in the United States. It was their first album without keyboardist Ken Hensley. The album was critically acclaimed and fairly commercially successful, due in part to the band retooling and updating their sound to a contemporary style and delivering a "punchier, more pop metal era-appropriate effort. 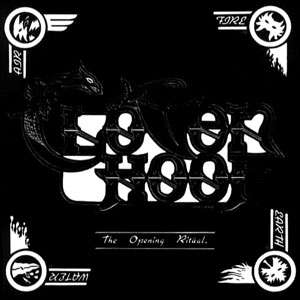 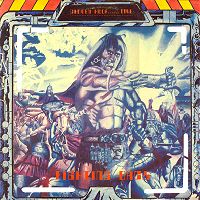 Fighting Back, released in 1986, is a live album by the British heavy metal band Cloven Hoof. Unusually for a live album, it features a selection of new tracks not featured on previous albums, although the song "Eye of the Sun" would later resurface on their 2006 album of the same name and "Reach For the Sky" and "The Fugitive" were used on the follow-up 1988 album, Dominator. This is the only Cloven Hoof release to feature singer Rob Hendrick, and the last with guitarist Steve Rounds and drummer Kevin Poutney before breaking up the band. 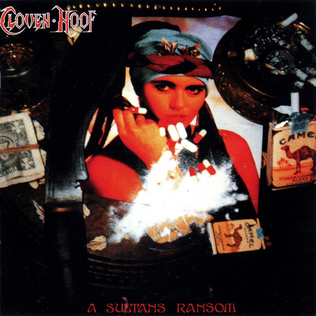 Eye of the Sun, released in 2006, is the comeback album of the British heavy metal band Cloven Hoof, the first since their split in 1990. Of the four band members, only Lee Payne had actually been a member of Cloven Hoof in their first incarnation.

Tony Bourge is a Welsh musician who was the original guitarist for the rock band Budgie. He left the band in 1978. In 1982 he joined original Budgie drummer Ray Phillips, and formed Tredegar, with future members of Cloven Hoof singer Russ North and guitarist Andy Wood. 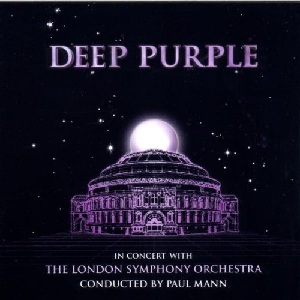 Russ North, born 22 July 1965 in Benchill, Greater Manchester, England is a rock vocalist. His Father was a singer around the North of England who worked under the stage name Dave Thorne from the 1950s up till his death in 2000, Russ' brother Dale North is also a singer, songwriter and a film maker. North is best known for his role in the heavy metal band Cloven Hoof. North had several stints with Cloven Hoof, from 1987 to 1990, and again from 2006 to 2009.In 2011 Russ was asked back with the band only to leave for the final time in 2012 under bizarre circumstances.

Tredegar is the self-titled debut album by the Welsh heavy metal band Tredegar. The vocals on all but one song on the album were recorded by guest singer Carl Sentence as the band did not have a full-time frontman in place when recording began. Russ North joined as the permanent vocalist during the recording sessions and sung on "Which Way to Go."

Ruler of the Wasteland is the second studio album by the American heavy metal band Chastain, released in 1986 through Shrapnel Records. During the same year, David T. Chastain released also two other studio albums with his second band CJSS. It is the first album to feature Fifth Angel drummer Ken Mary, who replaced Fred Coury, after a suggestion by Shrapnel Records president and talent scout Mike Varney.