Drift is a 2013 Australian film about the birth of the surf industry in the 1970s. It was shot in Western Australia and co-directed by Morgan O'Neill and Ben Nott and starring Sam Worthington, Xavier Samuel and Myles Pollard.

Set in a remote town on Australia's spectacular and rugged coastline in the early '70s, Drift tells the story of two brothers at the genesis of the modern surf industry.

Their fledgling business generates a powerful buzz amongst the hard-core local surfers, but the brothers’ progressive ideas are soon at odds with their conservative town and find themselves embroiled in a violent feud with a drug-dealing biker gang looking to manipulate Drift's early success.

Enter JB, an infamous surf filmmaker (Sam Worthington) and Lani (Lesley-Ann Brandt), his gorgeous Hawaiian companion who drift into town just as the brothers' business and troubles begin to escalate. The travellers embody the era's anti-establishment vibe and are skeptical, but soon realize if the brothers can survive and stay true to their surfing roots, they might be part of something greater than they ever imagined.

Based on true stories from the era, Drift is the action filled story of a complex family of outsiders who struggle to escape their troubled past to forge a successful future…stumbling upon the worldwide multibillion-dollar cultural movement we know today.

Tim Duffy wrote an early script in 2007. Myles Pollard became attached as actor and producer and asked Sam Worthington, with whom he had attended Drama School, to star. Worthington expressed interest but at the time was unable to commit given his international film schedule. Morgan O'Neill wrote the screenplay and came on board as co-director with Ben Nott. Worthington became available and agreed to play a support role and funding was obtained from Screen Australia, Screen West, Screen NSW, Tourism WA and Fulcrum Media Finance. Shooting took 31 days in August–September 2011 in south west Western Australia. [2]

Still playing in Australian cinemas in its twelfth week of release, it's currently grossed over $938,000.[ citation needed ]

On review aggregator Rotten Tomatoes, the film holds an approval rating of 32% based on 19 reviews, with an average rating of 4.65/10. [4] On Metacritic, the film has a weighted average score of 35 out of 100, based on 10 critics, indicating "generally unfavorable reviews". [5]

Xavier Rudd is an Australian singer-songwriter and multi-instrumentalist. Several of Rudd's songs incorporate socially conscious themes, such as spirituality, humanity, environmentalism and the rights of Indigenous Australians.

Samuel Henry John Worthington is an English-born Australian actor and writer. He is best known for playing Jake Sully in the Avatar film series, Marcus Wright in Terminator Salvation, and Perseus in Clash of the Titans as well as its sequel Wrath of the Titans. He then transitioned to more dramatic roles, appearing in Everest (2015), Hacksaw Ridge (2016), The Shack (2017), Manhunt: Unabomber (2017), and Fractured (2019). He also voiced the protagonist, Captain Alex Mason, in the video games Call of Duty: Black Ops (2010) and Call of Duty: Black Ops II (2012).

The Bra Boys are a gang centred on surf culture, founded and based in Maroubra, an eastern suburb of Sydney, New South Wales in the 1990s. The gang has gained notoriety through violence and alleged links to organised crime, as well as some community activism. The Bra Boys achieved national and international media attention in 2007 with the release of a feature-length documentary entitled Bra Boys: Blood Is Thicker than Water, written and directed by members of the group, and narrated by Academy Award-winning actor Russell Crowe. 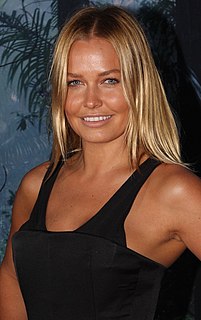 Lara Worthington is an Australian advertising model and media personality. She is known for appearing in the 2006 Tourism Australia advertising campaign So where the bloody hell are you? Her own reality television series, Being Lara Bingle, premiered on Network Ten in June 2012, ending after one season.

Xavier Samuel is an Australian actor. He has appeared in leading roles in the feature films Adore, September, Further We Search, Newcastle, The Loved Ones, Frankenstein, A Few Best Men, and played Riley Biers in The Twilight Saga: Eclipse and Billy in Spin Out.

Koby Abberton, an Australian former professional surfer, is a member of the Australian surf gang, the Bra Boys. He rose to local prominence in 2006, when he was found guilty of perverting the course of justice in an incident surrounding his brother, Jai Abberton, who was charged but found not guilty of the 2003 murder of stand-over man, Anthony 'Tony' Hines. Together with his brothers, Abberton achieved national and international attention in 2007 with the release of a feature-length documentary entitled Bra Boys: Blood is Thicker than Water, written and directed by members of the Bra Boys. In November 2008, Koby Abberton was jailed for three days by a US court after being found guilty of assaulting an off-duty police officer in a fight outside a nightclub in Honolulu, Hawaii.

Morgan O'Neill is an Australian writer, director, actor and producer. He is also an accomplished professional musician. Having earned an honors degree in Literature from the University of Sydney, he subsequently graduated from the National Institute of Dramatic Art (NIDA) with a BA in Performing Arts (Acting) in 1998. Since then he has worked extensively in the entertainment industry, both in Australia and the US, with television roles including Home and Away, All Saints, Water rats and Sea Patrol. O'Neill also appeared in Crocodile Dundee in Los Angeles, Joanne Lees: Murder in the Outback, Supernova, Little Oberon and the 2012 Netflix movie, The Factory, which he also directed.

Rosemary Blight is an Australian film producer, credited with films such as The Sapphires, The Tree, and Clubland. Her television work includes the Lockie Leonard series. She has been principal partner and company director with Goalpost Pictures since 1992, and a board member of Screen Australia since 2013.

Cody Fern is an Australian actor and director. Following his feature debut in The Tribes of Palos Verdes (2017), he portrayed murder victim David Madson in the FX series The Assassination of Gianni Versace: American Crime Story (2018). Later that year, Fern played Michael Langdon in American Horror Story: Apocalypse. He also appeared in the final season of the Netflix drama House of Cards as Duncan Shepherd. In 2019, he returned to American Horror Story for its ninth season 1984 playing Xavier Plympton.

Southern Crossing is a documentary directed by Robert Guillemot and produced by Richard Bradley. The film documents the 1980 International Music Festival, which took place from 7–14 January 1980 at the Regent Theatre in Sydney, Australia.

Spirit of Akasha is an Australian surfing film. Its soundtrack album was nominated for a 2014 ARIA Award for Best Original Soundtrack, Cast or Show Album. 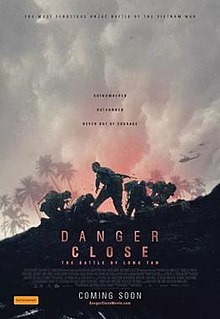