Dunoding was an early sub-kingdom within the Kingdom of Gwynedd in north-west Wales that existed between the 5th and 10th centuries. According to tradition, it was named after Dunod, a son of the founding father of Gwynedd - Cunedda Wledig - who drove the Irish settlers from the area in c.460. The territory existed as a subordinate realm within Gwynedd until the line of rulers descended from Dunod expired in c.925. Following the end of the House of Dunod, it was split into the cantrefi of Eifionydd and Ardudwy and fully incorporated into Gwynedd. After the defeat of the kingdom of Gwynedd in 1283 and its annexation to England, the two cantrefi became parts of the counties of Caernarfonshire and Meirionnydd respectively. It is now part of the modern county of Gwynedd within a devolved Wales. 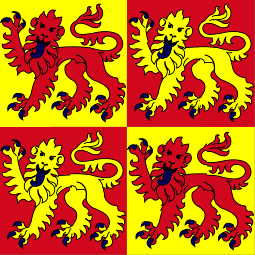 The Principality or Kingdom of Gwynedd was a Roman Empire successor state that emerged in sub-Roman Britain in the 5th century during the Anglo-Saxon settlement of Britain.

Later medieval genealogical sources, which need treating with some caution, list the following rulers of Dunoding:

Brochwel son of Cyngen, better known as Brochwel Ysgrithrog, was a king of Powys in eastern Wales. The unusual epithet Ysgithrog has been translated as "of the canine teeth", "the fanged" or "of the tusk".

This article is about the particular significance of the century 1001 - 1100 to Wales and its people.

Nest ferch Cadell was the daughter of Cadell ap Brochfael, an 8th-century King of Powys, the wife of Merfyn Frych, King of Gwynedd. 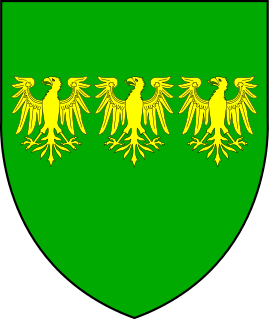 Cynfyn ap Gwerystan — sometimes spelled Kynvyn, Kynwyn, Cynvyn, or Kynfyn — was a Welsh nobleman, principally known on account of his son Bleddyn ap Cynfyn, who established the House of Mathrafal over Powys as a consequence of a Saxon invasion in 1063.