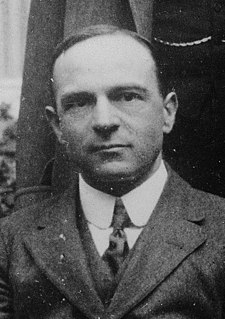 Alfred Ernest Jones was a Welsh neurologist and psychoanalyst. A lifelong friend and colleague of Sigmund Freud from their first meeting in 1908, he became his official biographer. Jones was the first English-speaking practitioner of psychoanalysis and became its leading exponent in the English-speaking world. As President of both the International Psychoanalytical Association and the British Psycho-Analytical Society in the 1920s and 1930s, Jones exercised a formative influence in the establishment of their organisations, institutions and publications.

William Jones may refer to:

Ernest is a given name derived from Germanic word ernst, meaning "serious". Notable people and fictional characters with the name include:

Ernest Clifford Miller is an American actor and former professional wrestler who worked for World Championship Wrestling (WCW) and World Wrestling Entertainment (WWE) better known by his ring name, Ernest "The Cat" Miller. As an actor, he is perhaps best known for his role in the 2008 drama The Wrestler. 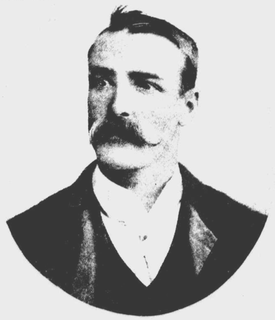 William Ernest "Erny" Pinckert, was an American football halfback at the University of Southern California (USC) for coach Howard Jones. He played in the National Football League (NFL) for the Boston Braves/Redskins, who then moved to Washington, D.C.

Ernest Frederick Smith was an American football tackle under coach Howard Jones at the University of Southern California (USC). He also handled the placekicking and kickoff duties for the men of Troy. Smith was a member of Phi Sigma Kappa fraternity. He played prominent roles in the Trojan Rose Bowl triumphs over Tulane University as a junior and against University of Pittsburgh as a senior. While in college, he was a member of the Spirit of Troy as a trombone player.

Jones High School is located in the Parramore/Lorna Doone neighborhood in the urban heart of Orlando, Florida at 801 S. Rio Grande Avenue. It is a public school in the Orange County School District. The school mascot is the Tiger and the colors are orange and green.

Ernest Lee Jones is a former American professional football player who was a wide receiver in the National Football League (NFL) and the World League of American Football (WLAF). He played for the Phoenix Cardinals and the Los Angeles Rams of the NFL, and the Amsterdam Admirals of the WLAF. Jones played collegiately at Indiana University.

Ernest Jones is a former professional American football player who played in four NFL seasons from 1976 to 1979 for the Seattle Seahawks and the New York Giants.

Ernie Jones may refer to:

Ernest W. Jones was an English professional rugby league footballer who played in the 1910s and 1920s. He played at representative level for Great Britain and England, and at club level for Rochdale Hornets, as a stand-off or scrum-half, i.e. number 6 or 7.

The Arkansas–Pine Bluff Golden Lions football program represents the University of Arkansas at Pine Bluff in college football as the NCAA Division I Football Championship Subdivision (FCS) level as a member of the Southwestern Athletic Conference (SWAC). The Lions play their home games at Simmons Bank Field in Pine Bluff, Arkansas.

The 1926 Army Cadets football team represented the United States Military Academy in the 1926 college football season. In their first season under head coach Biff Jones, the Cadets compiled a 7–1–1 record, shut out four of their nine opponents, and outscored all opponents by a combined total of 240 to 71. In the annual Army–Navy Game, the Cadets tied the Midshipmen at 21. The team's only loss came to Notre Dame by a 7 to 0 score.

Ernest Leighton Jones was an Australian rules footballer who played with St Kilda in the Victorian Football League (VFL).

The 1940 Arizona gubernatorial election took place on November 5, 1940. Incumbent Governor Robert Taylor Jones ran for reelection but was defeated in the Democratic primary by former Secretary of State Sidney Preston Osborn, whom Jones had previously defeated in 1938.

Ernest Jones is an American football linebacker for the Los Angeles Rams of the National Football League (NFL). He played college football at South Carolina.

The Lane Dragons football program of Jackson, Tennessee competes in Division II of the NCAA as a member of the Southern Intercollegiate Athletic Conference. They are led by head coach Vyron Brown, a former Grambling State University player and offensive coordinator.