Five to One (film)

Five To One is a 1963 British crime film directed by Gordon Flemyng and starring Lee Montague, Ingrid Hafner and John Thaw. [1] It was made at Merton Park Studios as part of the long-running series of Edgar Wallace adaptations; this being adapted from one of Wallace's short stories. [2]

Alan Roper, along with his partner-in-crime and his girlfriend, are planning the robbery of a betting shop. Alan asks crooked bookmaker Larry Hart to launder the money, but little does Larry know, it's his betting shop they plan to steal from. 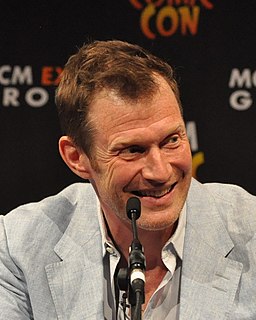 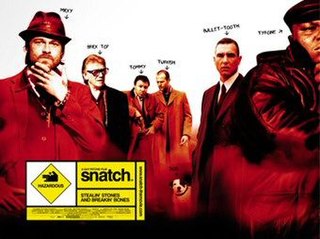 Snatch is a 2000 crime comedy film written and directed by Guy Ritchie, featuring an ensemble cast. Set in the London criminal underworld, the film contains two intertwined plots: one dealing with the search for a stolen diamond, the other with a small-time boxing promoter who finds himself under the thumb of a ruthless gangster who is ready and willing to have his subordinates carry out severe and sadistic acts of violence. 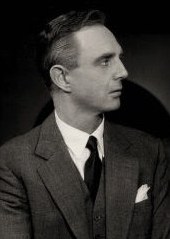 Benjamin Arthur Flemyng, known professionally as Robert Flemyng, was a British actor. The son of a doctor, and originally intended for a medical career, Flemyng learned his stagecraft in provincial repertory theatre. In 1935 he appeared in a leading role in the West End, and the following year had his first major success, in Terence Rattigan's comedy French Without Tears. Between then and the Second World War he appeared in London and New York in a succession of comedies.

Ingrid Hafner was a British actress, born in London. Her father was Raoul Hafner, an Austrian helicopter pioneer, and her mother Eileen Myra McAdam was a descendant of Scottish-born John Loudon McAdam, the road builder.

Gordon William Flemyng was a Scottish television and film director. He was also a writer and producer. He directed six theatrical features, several television films and numerous episodes of television series, some of which he also wrote and produced.

The 1971 British League season was the 37th season of the top tier of speedway in the United Kingdom and the seventh season known as the British League. 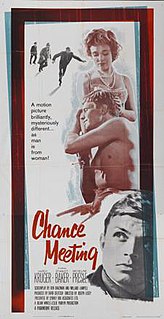 Blind Date is a 1959 British murder mystery film directed by Joseph Losey and starring Hardy Krüger, Stanley Baker, and Micheline Presle. The plot is about a police inspector who investigates a woman's death, with her lover being the prime suspect. Ben Barzman and Millard Lampell were nominated for the BAFTA Award for Best British Screenplay. 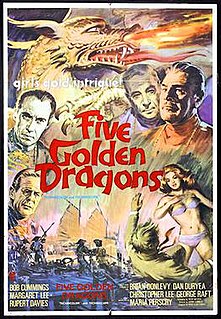 Five Golden Dragons is a 1967 international co-production comedy action film set in Hong Kong and photographed in Techniscope on location in September 1966 at the Tiger Balm Pagoda and Shaw Brothers studios. It was directed by Jeremy Summers and starred Bob Cummings in his final theatrical feature film, Margaret Lee who sings two songs in the film, Rupert Davies and a cast of "guest stars". 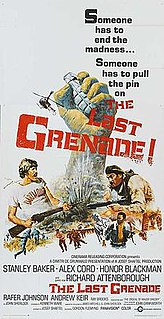 The Last Grenade is a 1970 British war film directed by Gordon Flemyng and starring Stanley Baker and Alex Cord as two soldiers of fortune, formerly comrades, who now find themselves on opposite sides. The cast also includes Richard Attenborough, Honor Blackman, Rafer Johnson, John Thaw, Andrew Keir, and Julian Glover. It was the final feature film directed by Flemyng. 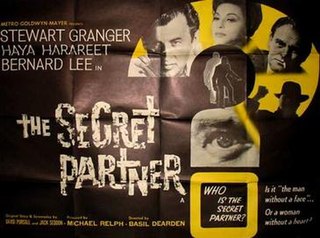 The Secret Partner is a 1961 British thriller film directed by Basil Dearden and starring Stewart Granger, Haya Harareet and Bernard Lee. The screenplay concerns a shipping executive officer who is blackmailed by an evil dentist. 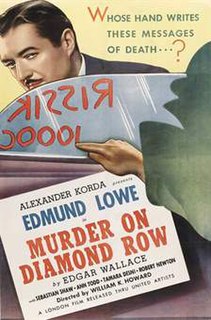 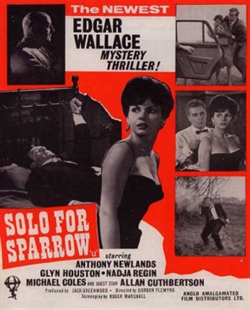 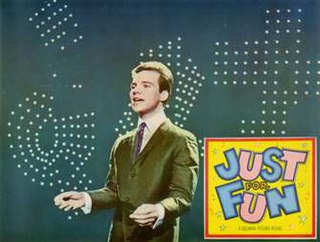 Just for Fun is a 1963 British musical film directed by Gordon Flemyng. It was written by Amicus co-founder Milton Sobotsky. 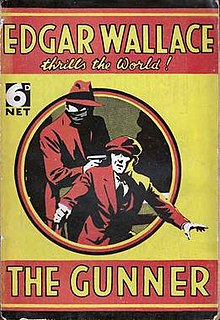 The Gunner is a 1928 crime novel by the British writer Edgar Wallace. 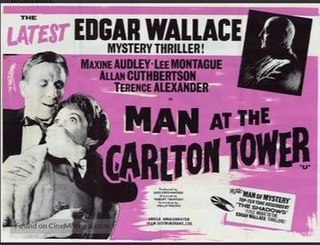 Man at the Carlton Tower is a 1961 British crime film directed by Robert Tronson and starring Maxine Audley, Lee Montague and Allan Cuthbertson. Part of the long-running series of Edgar Wallace Mysteries films made at Merton Park Studios, it is based on the 1931 novel The Man at the Carlton. 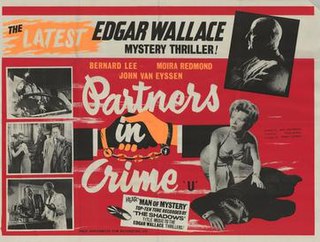 Partners in Crime is a 1961 British crime film directed by Peter Duffell and starring Bernard Lee, Moira Redmond and John Van Eyssen. Part of the long-running series of Edgar Wallace Mysteries films made at Merton Park Studios, it is loosely based on the 1918 novel The Man Who Knew by Edgar Wallace.