The Green Terror is a 1919 British silent crime film directed by W.P. Kellino and starring Aurelio Sidney, Heather Thatcher and W.T. Ellwanger. It is based on the 1919 novel The Green Rust by Edgar Wallace. An American detective battles an evil Doctor who plans to destroy the world's wheat supplies. 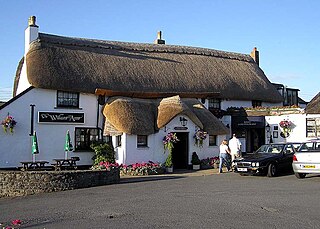 The dwarf wych elm cultivar Ulmus glabra 'Nana', a very slow growing shrub that with time forms a small tree, is of unknown origin. It was listed in the Simon-Louis 1869 catalogue as Ulmus montana nana. Henry (1913), referring his readers to an account of the Kew specimen in the journal Woods and Forests, 1884, suggested that it may have originated from a witch's broom. It is usually classified as a form of Ulmus glabra and is known widely as the 'Dwarf Wych Elm'. However, the ancestry of 'Nana' has been disputed in more recent years, Melville considering the specimen once grown at Kew to have been a cultivar of Ulmus × hollandica.

The hybrid elm cultivar Ulmus × hollandica 'Cinerea' was first listed by George Lindley in 1815, as Ulmus cinerea, the Ash-coloured Elm, and later by the André Leroy Nurseries, Angers, France, in 1856. It was distributed as Ulmus cinerea by the Baudriller nursery, Angers, and as Ulmus montana cinerea by Louis van Houtte of Ghent. A specimen in cultivation at Kew in 1964 was found to be U. × hollandica, but the tree at Wakehurst Place remains listed as U. glabra 'Cinerea'. 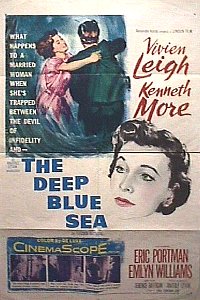 The Deep Blue Sea is a 1955 British drama film directed by Anatole Litvak, starring Vivien Leigh and Kenneth More, and produced by London Films and released by Twentieth Century Fox. The picture was based on the 1952 play of the same name by Terence Rattigan. The movie tells the story of a woman unhappy in her passionless marriage leaving her husband for a younger and more ardent lover. 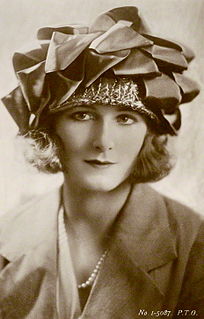 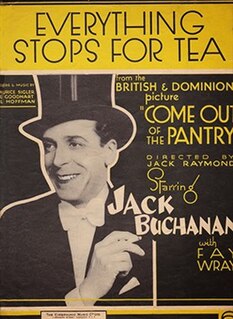 Come Out of the Pantry is a 1935 British musical film directed by Jack Raymond and starring Jack Buchanan, Fay Wray, James Carew and Fred Emney. It is based on a 1934 novel of the same name by Alice Duer Miller, and features musical numbers by Al Hoffman, Al Goodhart and Maurice Sigler.

Loyalties is a 1933 British drama film directed by Basil Dean and starring Basil Rathbone, Heather Thatcher and Miles Mander. It is based on the 1922 John Galsworthy play Loyalties.

Sally Bishop is a 1916 British silent romance film directed by George Pearson and starring Marjorie Villis, Aurelio Sidney and Peggy Hyland. It is an adaptation of the 1910 novel Sally Bishop, a Romance by E. Temple Thurston.

The Plaything is a 1929 British romance film directed by Castleton Knight and starring Estelle Brody, Heather Thatcher and Nigel Barrie. The film was a mixture of silent and sound film as it was released during the transition period following Blackmail. It was based on the play Life Is Pretty Much the Same by Arthur Jarvis Black. It was made by British International Pictures at Elstree Studios.

Angel Esquire is a 1919 British silent crime film directed by W.P. Kellino and starring Aurelio Sidney, Gertrude McCoy and Dick Webb. It is based on the 1908 novel Angel Esquire by Edgar Wallace, which was later turned into a 1964 German film The Curse of the Hidden Vault.

The Fall of a Saint is a 1920 British silent crime film directed by W.P. Kellino and starring Josephine Earle, Gerald Lawrence, and Dallas Anderson. It was based on a novel by Eric Clement Scott, and made at Lime Grove Studios in Shepherd's Bush.

Stepping Stones is a 1931 British musical film directed by Geoffrey Benstead. It was made at Isleworth Studios as a quota quickie. It is a revue-style show featuring a number of music hall performers. 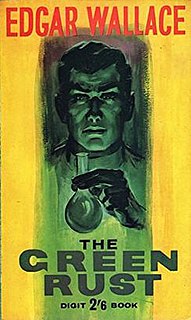 The Green Rust is a 1919 crime novel by the British writer Edgar Wallace. An American detective battles an evil Doctor who plans to destroy the world's wheat supplies.

Grey Timothy is a 1913 sports thriller novel by the British writer Edgar Wallace. Brian Pallard, an Australian gambler arrives in Britain clashes with a rival English aristocrat at the racetrack.