Gould is a small unincorporated community in northwestern Jackson County, Colorado, United States. It is located on State Highway 14, southeast of Walden in North Park. The community is situated in the valley of the Middle Fork of the Michigan River between Owl Mountain and Gould Mountain. The landscape is a patchwork of wetlands, pine forest, aspen groves, and sagebrush. A tavern, campgrounds, community center, and several other businesses cater to local residents, campers and sportsmen. The largest public attraction is the Colorado State Forest Headquarters and Moose Visitor Center. [1] Located at 40.526°N, 106.026°W, the community lies at an elevation of 8913 feet (2717m). [2]

The North Park basin was inhabited by Native American for thousands of years. In the late 19th century white settlers moved into the area. The Ute Indians were subsequently forced to distant reservations at the orders of Gov. Frederick Walker Pitkin. [7] Some Indians remained in the region until the 1920s. In 1886, the LaFever saw-mill opened and in 1887, Edward Bradley Gould, for whom the town is named, homesteaded 640 acres. [8] His only son, Eddy Gould, was the town's first mailcarrier.

Life at the turn of the 20th century was centered on the timber industry. In 1939 the town of Gould and the Bockman Lumber Camp built simple log cabin schools. A post office and gas station/hotel were also built as well as a general store, known as Belle and Earl's. The population peaked at ~300 in 1949. [7] A popular "sportin' house" was run by two older women by the name of Meryl and Maude. It was later known as M&M Lodge.

"During the early 1930s, two Civilian Conservation Corps Camps were built on the state land. The camp south of Gould was later converted into a Prisoner of War Camp during WWII for Germans as well as American conscientious objectors. The German Prisoners of War were used as timber laborers. In the Spring of 1945, a few prisoners escaped the camp and broke into E.B. Shawver's summer home. They had maps drawn of plans to escape to Mexico, but were discovered the next morning, having had too much to drink from the wine cabinet the night before and were walked back to camp barefoot." [7]

"After the German POW's departed, the cabins were used as a 4-H camp and by various other groups in the summer." [7]

In the 1950s the Colorado State Forest was created and the headquarters were built on the grounds of a former fish hatchery.

The restaurant in town, owned by Carl Berwald, was known as Berwald's Cookhouse in the 1970s when Belle and Earl were running their general store. It was renamed Drifter's Cookhouse by a new owner in later years.

In the 1990s plans to convert the town of Gould and neighboring Colorado State Forest into a ski resort were defeated.

Red Feather Lakes is an unincorporated community and census-designated place (CDP) in Larimer County, Colorado, United States. The population was 343 at the 2010 census. The Red Feather Lakes Post Office has the ZIP Code 80545. Located in the Rocky Mountains northwest of Fort Collins, it is a rustic mountain village surrounded by the Roosevelt National Forest. 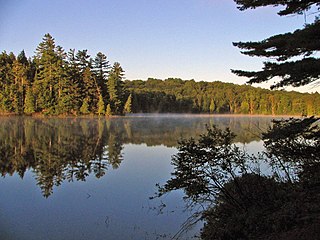 The Adirondack Park is a part of New York's Forest Preserve in northeastern New York, United States. The park was established in 1892 for “the free use of all the people for their health and pleasure”, for watershed protection, and as a future timber supply. The park's boundary roughly corresponds with the Adirondack Mountains. Unlike most state parks, about 52 percent of the land is privately owned inholdings. State lands within the park are known as Forest Preserve. Land use on public and private lands in the park are regulated by the Adirondack Park Agency. This area contains 102 towns and villages, as well as numerous farms, businesses, and an active timber-harvesting industry. The year-round population is 132,000, with 200,000 seasonal residents. The inclusion of human communities makes the park one of the great experiments in conservation in the industrialized world. The Forest Preserve was designated a National Historic Landmark in 1963.

Woody Creek is a census-designated place and a U.S. Post Office located in Pitkin County, Colorado, United States and is part of the Roaring Fork Valley. The population as of the 2010 Census was 263. The Woody Creek Post Office has the ZIP Code 81656. 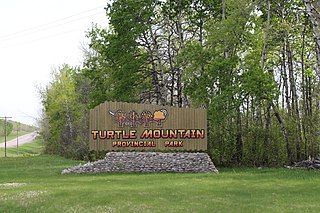 Turtle Mountain Provincial Park is a provincial park located in the southwestern portion of the Canadian province of Manitoba. Within it are the Adam Lake and Max Lake campgrounds. The park is known for its bike trails, fishing, back country cabins and canoe routes. The park is very popular with families and outdoor enthusiasts.

Mineral King is a subalpine glacial valley located in the southern part of Sequoia National Park, in the U.S. state of California. The valley lies at the headwaters of the East Fork of the Kaweah River, which rises at the eastern part of the valley and flows northwest. Accessed by a long and narrow winding road, the valley is mostly popular with backpackers and hikers.

Whiteshell Provincial Park is a 2,721 km2 park centrally located in Canada in the province of Manitoba. It is found in the southeast region of the province along the Manitoba-Ontario boundary, approximately 130 km east of the city of Winnipeg. The park is located in the Canadian Shield region and has many rivers, remote lakes, boreal forest and bare granite ridges. It has rare archeological sites of petroforms on flat granite ridges. The park is used year-round for nature-oriented recreation activities.

Mohawk State Forest, also known as Mohawk State Forest/Mohawk Mountain State Park, encompasses over 4,000 acres (1,600 ha) in the towns of Cornwall, Goshen, and Litchfield in the southern Berkshires of Litchfield County, Connecticut. As overseen by the Connecticut Department of Energy and Environmental Protection, the area is used for hiking, picnicking, and winter sports by the public, while being actively managed to produce timber and other forest products.

Chalk Creek is a 27.3-mile-long (43.9 km) river flowing east from the Collegiate Peaks mountain range in Chaffee County, Colorado. Mount Antero borders the southern side of the river, while Mount Princeton borders the northern side. The headwaters of the river are located at the Continental Divide. The river empties into the Arkansas River at the town of Nathrop, Colorado. 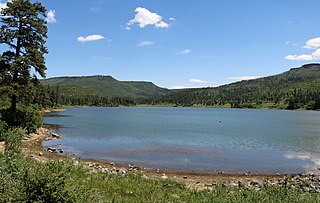 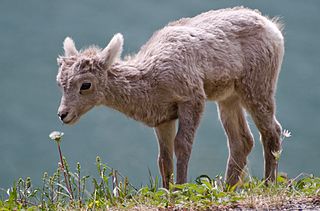 The Matthew Callahan Log Cabin is located on South Third Street in Aspen, Colorado, United States. It was built in the early 1880s. In 1987 it was listed on the National Register of Historic Places along with a group of other historic properties in the city.

Independence is a ghost town in the U.S. state of Colorado. It is located just off State Highway 82 in the eastern corner of Pitkin County, below the Continental Divide. It was the first settlement established in the Roaring Fork Valley, after gold was struck in the vicinity on Independence Day, July 4, 1879, hence its name. In 1973 it was recognized as a historic district and listed on the National Register of Historic Places as Independence and Independence Mill Site, one of two ghost towns in the county so recognized. It has also been known historically by other names—Chipeta, Mammoth City, Mount Hope, Farwell, Sparkill and Hunter's Pass. 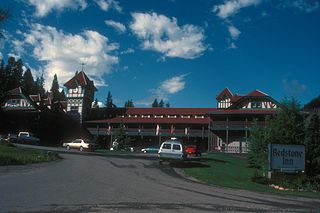 The Redstone Inn is located on Redstone Boulevard in Redstone, Colorado, United States. It is a structure in the Tudor Revival architectural styles built at the beginning of the 20th century. In 1980 it was listed on the National Register of Historic Places. It is also a contributing property to the Redstone Historic District listed on the register nine years later. 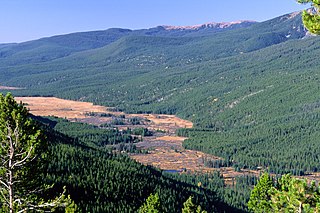