Last updated March 08, 2022
Gunvessel of the Royal Navy
For other ships with the same name, see HMS Sparrowhawk.

HMS Sparrowhawk was a Vigilant-class second-class despatch/gunvessel launched on 9 February 1856 at Limehouse, England and served at various stations in the Far East. By the spring of 1865, her rig was a converted to that of a three-masted barque. She was sold in 1872, converted to a sailing barque in mercantile service, and was later a coal lighter in Australia.

Her class were designed as second-class despatch and gunvessels. They were intended to operate close inshore during the Crimean War and were essentially enlarged versions of the Arrow-class gunvessel, which has been designed by the Surveyor’s Department in 1854. [2]

A two-cylinder horizontal single expansion steam engine by Humphrys, Tennant and Dykes provided 726 indicated horsepower (541 kW) through a single screw, [2] and gave a top speed of about 11 knots. [1]

Porcher Island, near Prince Rupert, British Columbia, is named after Edwin Augustus Porcher [3] (1821–1878), who served as captain of HMS Sparrowhawk at Esquimalt Naval Base, Vancouver Island, from the spring of 1865 until he returned to England in autumn 1868. While serving with the North Pacific Squadron, Commander Porcher made four summertime voyages to the North Coast of British Columbia - in 1866, 1867 and twice in 1868.

Sparrowhawk was sold by auction at Esquimalt on 20 November 1872, for about £4,000, to Corbett (or Corbitt) and Company of Portland, Oregon. [2] [4] [5] Her engines were used to power a sawmill owned by Sewell Moody at Moodyville, British Columbia. [6] In 1873 the ship was registered as a 3-masted sailing barque at the port of Victoria, British Columbia with Official Number 64142. [7] [8] In 1876 Sparrowhawk was sold to William Morley of Melbourne, Victoria for his coastal coal trade, but was put up for sale with the rest of his business after his death in 1877. [9] [10] In June 1878 the business was bought by Huddart Parker and Company of Geelong and in 1881 Sparrowhawk was reduced to coal lighter. [11] [12] [5]

On 7 April 1892, while berthed at Melbourne, Sparrowhawk was run into by the steamship Flinders and sank in the Yarra River. [13] She was raised, repaired, and later in service with Jeremiah O'Sullivan of West Melbourne. [5] [14] [15] In 1917 Sparrowhawk's registration was closed as "dismantled and broken up in Saltwater River, at date unknown". [5] [16] 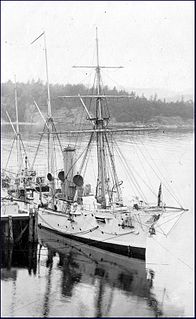 HMS Shearwater was a Condor-class sloop launched in 1900. She served on the Pacific Station and in 1915 was transferred to the Royal Canadian Navy as HMCS Shearwater, serving as a submarine depot ship until 1919. She was sold to the Western Shipping Company in May 1922 and renamed Vedas.

The Philomel-class gunvesselHMS Newport was launched in England in 1867. Having become the first ship to pass through the Suez Canal, she was sold in 1881 and renamed Pandora II. She was purchased again in about 1890 and renamed Blencathra, taking part in expeditions to the north coast of Russia. She was bought in 1912 by Georgy Brusilov for use in his ill-fated 1912 Arctic expedition to explore the Northern Sea Route, and was named Svyataya Anna, after Saint Anne. The ship became firmly trapped in ice; only two members of the expedition, Valerian Albanov and Alexander Konrad, survived. The ship has never been found.

HMS Icarus was a Mariner-class composite screw gunvessel of 8 guns, and the third Royal Navy vessel to carry the name. She was launched in 1885 at Devonport and sold in 1904. 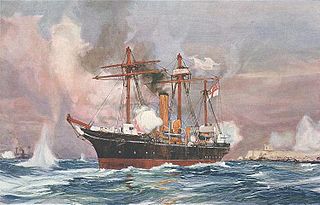 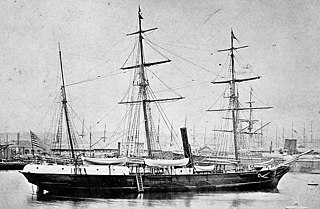 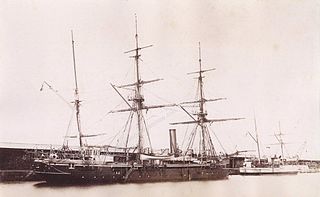 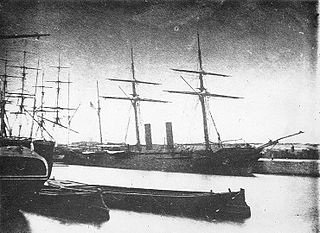 The Arab-class gunvessels were a pair of composite gunboats built for the Royal Navy in the mid-1870s.

HMS Arab was an Arab-class composite gunvessel built for the Royal Navy in 1874. She served in the East Indies and was sold in 1889.