Ian Fleming (born 15 January 1953) is a Scottish former football player and manager. He played for Kilmarnock, Aberdeen, Sheffield Wednesday and Dundee and was then player-manager of Brechin City.

Despite guiding Brechin to promotion to the First Division and the club enjoying a successful spell, Fleming was sacked by Brechin in December 1986. [3] Fleming was then assistant manager of Forfar Athletic and manager of Icelandic side FH in 1987. [4]

In 2011, Fleming used his contacts in football to raise funds for his twin granddaughters, who suffered from cerebral palsy. [5] The funds were needed to pay for surgery in the United States that was not available in the NHS. [5]

Brechin City Football Club is a Scottish football club based in the town of Brechin in Angus. The club was founded in 1906 by players and officials of two local clubs, Brechin Harp and Brechin Hearts. The club currently competes in the Highland Football League after successive relegations from the Championship in 2018, League One in 2019 and League Two via the play-off in 2021 after a 3–1 aggregate defeat by Kelty Hearts.

Robert Williamson is a Scottish football player and manager.

William Ferguson Miller MBE is a Scottish former professional football player and manager, who made a club record 560 league appearances for Aberdeen. Sir Alex Ferguson described Miller as "the best penalty box defender in the world". 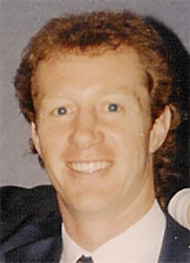 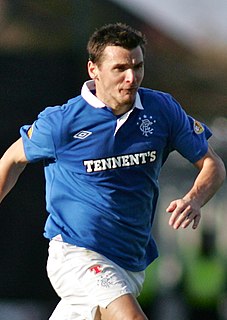 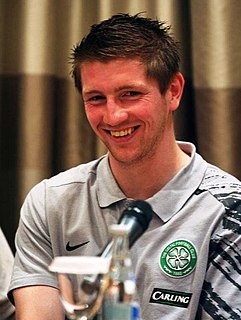 Mark Wilson is a Scottish football player and coach.

Derek John McInnes is a Scottish professional football manager and former player who was most recently the manager of Aberdeen. He featured prominently for Greenock Morton, Rangers, West Bromwich Albion and Dundee United during his playing career. He won two caps for the Scotland national football team while with West Bromwich.

The 1986–87 season was the 90th season of competitive football in Scotland.

Raymond McKinnon is a Scottish football player and coach.

The 2010–11 season was Aberdeen's 98th season in the top flight of Scottish football and their 100th season overall. Aberdeen competed in the Scottish Premier League, Scottish Cup and Scottish League Cup.

Season 2011–12 for Hibernian was their 13th consecutive season of play in the Scottish Premier League (SPL). The season began on 24 July with a 2–0 home defeat by Celtic, who eliminated Hibs from the Scottish League Cup. With the club near the bottom of the league, manager Colin Calderwood was sacked and replaced with Pat Fenlon in November. Fenlon made several signings during January that helped the club to avoid relegation from the SPL. Hibs also reached the 2012 Scottish Cup Final, but this was lost 5–1 to local rivals Hearts.

Ian Stewart is a Scottish former football player and manager. 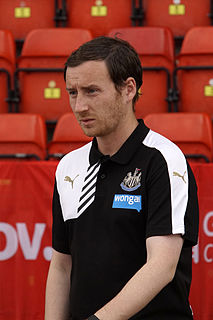 Ian Cathro is a Scottish football coach, who is currently a first-team coach at Wolverhampton Wanderers. He was previously an assistant coach at Rio Ave, Valencia and Newcastle United, and was briefly the head coach at Scottish Premiership club Hearts.

The 2020–21 season is the 124th season of competitive football in Scotland. The domestic season began on 1 August 2020 with the first round of matches in the 2020–21 Scottish Premiership. The start of all other domestic competitions were delayed until at least October 2020 because of the COVID-19 pandemic, and most games have been played behind closed doors due to Scottish Government restrictions.