Independent College, later Homerton Academy, was a dissenting academy in Homerton just outside London, England, in the 18th and early 19th centuries.

In 1695 the Congregational Fund was set up in London to provide for the education of Calvinist ministers, and to provide an alternative to the education offered by the Universities of Oxford and Cambridge, which was barred by law to English Dissenters. Around 35 of these so-called dissenting academies arose during the 18th century, offering education without the requirement of conformity to the Church of England. [1] They promoted a more modern curriculum of science, philosophy and modern history than the ancient universities who took a more traditionalist approach to learning. One of these was the Independent College, Homerton, which appointed Dr John Conder as President in 1754. It was supported by the King's Head Society.

In 1850 the union of the Homerton establishment with Daventry Academy and Highbury College resulted in the creation of New College London. [2]

Homerton College was known as King's Head Academy when it moved in 1768/69 from Plaisterers' Hall, London, to a large house on the north side of the high street of Homerton, in the parish of Hackney, close to London, in which they sought to base all their teaching. The trustees were appointed by the King's Head Society and were strict Calvinists. [3] From 1817 the trustees were appointed by the Homerton Academy Society instead of by the King's Head Society. The name was changed to Homerton College in 1823. [3]

The college only ever had between 12 and 20 students at any time. In 1819 the society supported 12 of the 18 students with the remain 6 by the Congregational Fund Board. [3] This allowed the college to train ministers who came from the poorer non-conformist communities, such as Ezekiel Blomfield, [7] who led congregations in Wymondham, Harleston and Wortwell in Norfolk. [8] Ministers trained at the college also chose to become missionaries, such as William Ellis (missionary) [9] and Edward Stallybrass, who became a Congregational missionary with the London Missionary Society to the Buryat people of Siberia. [10] [11]

In 1824, the building itself was added to and partially rebuilt. Not long afterwards, following the liberalisation of access to English universities, the work of the dissenting academies could become mainstream. University College London became the first English university to admit students without a need for conformity to the Established Church. In 1850, the College was re-founded by the Congregational Board of Education, to concentrate on the study of education itself. It did so by transferring its theological courses to New College London, of which the Rev. John Harris DD was Congregationalist Principal. The Congregational Board purchased the buildings at Hackney, and the students and staff moved into the vacant college buildings at Cambridge in 1894. Initially taking the name of Homerton New College at Cavendish College, it shortly became just Homerton College, Cambridge, with John Charles Horobin as the first principal. [12]

The Worshipful Company of Plaisterers is one of the livery companies in the City of London. The Plaisterers' Company was incorporated under a Royal Charter in 1501 and whilst the spelling used in the charter was "Plaisterer", some later charters used the alternative spelling of "plasterer", nonetheless, the company uses the original spelling.

Homerton College is a constituent college of the University of Cambridge. Its first premises were acquired in Homerton, London in 1768, by an informal gathering of Protestant dissenters with origins in the seventeenth century. In 1894, the college moved from Homerton High Street, Hackney, London, to Cambridge. Homerton was admitted as an "Approved Society" of the university in 1976, and received its Royal charter in 2010, affirming its status as a full college of the university. The college celebrated its 250th anniversary in 2018. 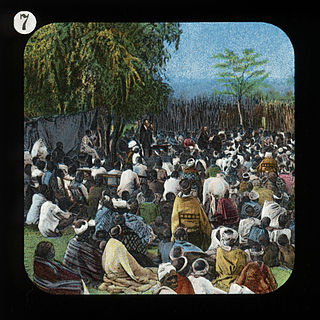 The London Missionary Society was an interdenominational evangelical missionary society formed in England in 1795 at the instigation of Welsh Congregationalist minister Edward Williams. It was largely Reformed in outlook, with Congregational missions in Oceania, Africa, and the Americas, although there were also Presbyterians, Methodists, Baptists, and various other Protestants involved. It now forms part of the Council for World Mission. 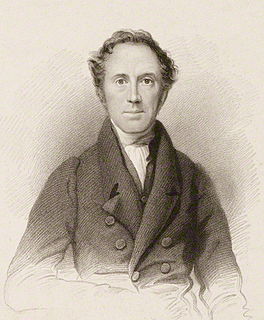 John Pye-Smith was a Congregational minister, theologian and tutor, associated with reconciling geological sciences with the Bible, repealing the Corn Laws and abolishing slavery. He was the author of many learned works.

The Congregational Board of Education was set up in 1843 "to promote popular education, partaking of a religious character and under no circumstances receiving aid from public money administered by Government.".

The dissenting academies were schools, colleges and seminaries run by English Dissenters, that is, those who did not conform to the Church of England. They formed a significant part of England's educational systems from the mid-seventeenth to nineteenth centuries.

The New College at Hackney was a dissenting academy set up in Hackney in April 1786 by the social and political reformer Richard Price and others; Hackney at that time was a village on the outskirts of London, by Unitarians. It was in existence from 1786 to 1796. The writer William Hazlitt was among its pupils, sent aged 15 to prepare for the Unitarian ministry, and some of the best-known Dissenting intellectuals spent time on its staff.

John Eyre was an English evangelical clergyman. He helped in establishing some of the major national evangelical institutions.

Ezekiel Blomfield (1778–1818) was a Congregational minister, author and compiler of religious works and works on natural history. His parents were Stephen Blomfield and Elizabeth Blomfield. Ezekiel was the youngest of four children. He was born on 28 October 1778 at North Walsham, Norfolk then moved with his parents to Norwich. He died on 14 July 1818 at Great Glemham, Suffolk and was buried on 21 July 1818 in the grounds of the Meeting House at Wortwell, Norfolk.

The King's Head Society was an 18th-century organisation funding dissenting academies in England.

Hackney Academy was a nineteenth-century seminary in London, known variously as Hackney Theological College, Hoxton Academy, and Highbury College. As the changing names suggest, it did not spend all of its existence in what is now the London Borough of Hackney. It eventually became part of New College, London, now subsumed within the University of London.

Zephaniah Marryat (1684–1754) was an English Nonconformist minister. He was a strict Calvinist.

Coward College was a dissenting academy at Byng Place, Torrington Square, London. Intended for the education of future nonconformist ministers of religion, it was in operation from 1833 to 1850. It was the successor to Wymondley College in Little Wymondley, Hertfordshire and the precursor, via a merger with two other colleges, of New College London.