During his senior year in high school he taught guitar at a music store run by guitarist Bill DeArango, and during their free time Emery and DeArango played together. [1] [2] At the end of the 1960s, he studied composition and music theory at Cleveland State University. In 1973 Emery moved to New York City.

During the 1970s, Emery toured with the Human Arts Ensemble and guests Lester Bowie, George Lewis, and Philip Wilson. He also performed with Leroy Jenkins, Anthony Braxton, Kalaparusha Maurice McIntyre, Bobby Naughton, and Karl Berger. [1] [2] He taught at the Creative Music Studio in Woodstock, New York. [1] In 1977, he founded the String Trio of New York with violinist Billy Bang and bassist John Lindberg. [3] 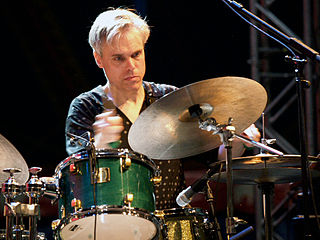 Gerry Hemingway is an American jazz drummer and composer. 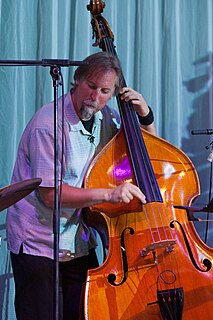 John Lindberg in is an American jazz double-bassist.

Franz Koglmann is an Austrian jazz composer. He performs on both the trumpet and flugelhorn in a variety of contexts, most often within avant-garde jazz and third stream contexts. An award-winning composer, Koglmann has performed or recorded with a variety of musicians, including Lee Konitz, Paul Bley, Bill Dixon, Georg Gräwe, Andrea Centazzo, Theo Jörgensmann, Wolfgang Reisinger, Enrico Rava, Yitzhak Yedid, Ran Blake, John Lindberg and many others. When the Romanian town of Sibiu commissioned Koglmann to write a piece, he brought together bits from Haydn's 27th symphony with a tape recording of Sibiu native Emil Cioran philosophisizing. In 2003 he received the highest Austrian jazz award, the Hans Koller Prize, in the category "album of the year".

First String is the debut album by American jazz group the String Trio of New York recorded in 1979 for the Italian Black Saint label.

Area Code 212 is the second album by American jazz group the String Trio of New York recorded in 1980 for the Italian Black Saint label. 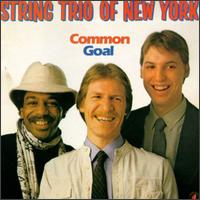 Common Goal is the third album by American jazz group the String Trio of New York recorded in 1981 for the Italian Black Saint label.

Rebirth of a Feeling is the fourth album by American jazz group the String Trio of New York recorded in 1983 for the Italian Black Saint label.

Octagon is an album by American jazz group the String Trio of New York recorded in 1992 for the Italian Black Saint label. 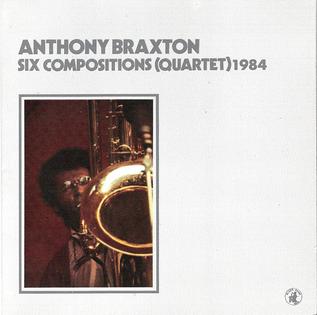 Six Compositions (Quartet) 1984 is an album by the American saxophonist and composer Anthony Braxton, recorded in New York in 1984 and released on the Italian Black Saint label.