"Juke Box Jive", by English band The Rubettes, was the lead single from their second album We Can Do It. As with their two previous singles, it was written by the songwriting team of Wayne Bickerton and Tony Waddington and produced by Bickerton. The single reached number 3 in the UK charts. [1]

"Juke Box Jive" was one of the four demonstration recordings recorded by session musicians and singers in October 1973 which led to the formation of the Rubettes - the others being "Sugar Baby Love", "Tonight" and "Sugar Candy Kisses" (which became a hit for Mac and Katie Kissoon). [2]

The UK single featured non album-track "When You're Falling In Love" as the b-side, while other markets featured "Forever" (from the band's debut album Wear It's 'At ) as the b-side. [3] [4] 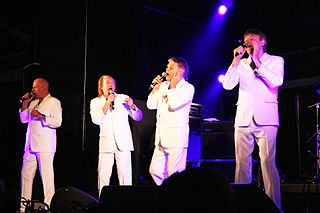 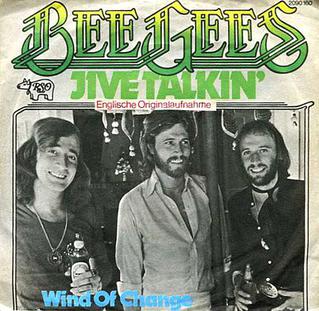 "Jive Talkin' " is a song by the Bee Gees, released as a single in May 1975 by RSO Records. This was the lead single from the album Main Course and hit number one on the Billboard Hot 100; it also reached the top-five on the UK Singles Chart in the middle of 1975. Largely recognised as the group's "comeback" song, it was their first US top-10 hit since "How Can You Mend a Broken Heart" (1971). 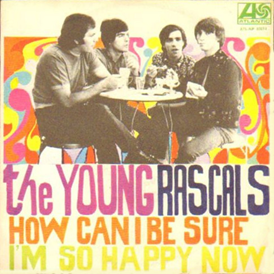 "How Can I Be Sure" is a popular song written by Felix Cavaliere and Eddie Brigati, and originally recorded by The Young Rascals for their 1967 album Groovin' with a single release in August 1967 affording the group their fourth Top 10 hit peaking at #4. 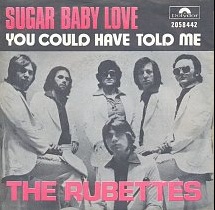 "Love Ain't Here Anymore" is a song by English boy band Take That. Released on 17 May 1994, it was the sixth and final single taken from the band's second studio album, Everything Changes (1993). It peaked at number three in the UK Singles Chart, ending their string of consecutive number-one singles. It failed to overtake Wet Wet Wet's cover of "Love Is All Around" at number one, and American R&B group, All-4-One, who reached number two with "I Swear". The song was re-recorded for release in the United States and included on their first Greatest Hits compilation in 1996. A Spanish version of the song, "No Si Aqui No Hay Amor", was recorded and entered the Spanish charts at number two. It appears as a B-side to the single, "Sure" and to the United States single of Back for Good. The song has received a Silver sales status certification for sales of over 200,000 copies in the UK. A new, remixed version of the song appears as a track on the group's 2018 compilation album Odyssey, featuring vocals from US singing group Boyz II Men.

"Antmusic" is a song by English rock band Adam and the Ants, released as the third single in the UK in 1980 from the album Kings of the Wild Frontier. 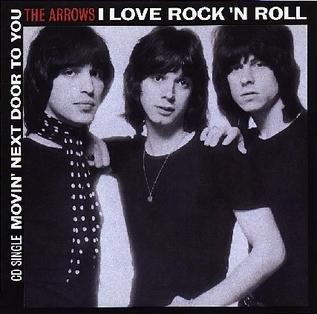 "I Love Rock 'n' Roll" is a rock song written by Alan Merrill and Jake Hooker and first recorded by the Arrows in 1975. It is best known for its 1982 cover version by Joan Jett & the Blackhearts, which was released as the first single from her album of the same name. Jett's rendition became her highest-charting hit, reaching number one on the Billboard Hot 100 and becoming the No. 3 song for 1982. The single was certified platinum by the Recording Industry Association of America, representing two million units shipped to stores. Jett's version was inducted into the Grammy Hall of Fame in 2016. 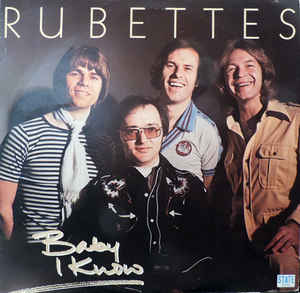 Never Too Young To Rock is a 1975 British musical comedy movie directed by Dennis Abey and stars Peter Denyer and Freddie Jones and features various music artists popular at the time of release such as The Glitter Band, The Rubettes, Mud, Scott Fitzgerald, Slik and Bob Kerr's Whoopee Band.