Joseph was born in London and attended Spencer Park School in Wandsworth. [2] He has worked solo, in his big band, trio, quartet, forum project band or electric band.

Joseph works in both contemporary and traditional situations with his music. He is also active in jazz education helping to form the jazz syllabus for the Associated Board of the Royal Schools of Music in Great Britain. [3]

Starting with his first album The Language of Truth in 1991, [4] Joseph has six albums, one single, and one soundtrack to his credit, and has focused on live performance, composing, broadcasting and teaching. He performed at the 2003 London Jazz Festival and also hosts several radio shows on BBC Radio 3, including Jazz Line-up and Jazz Legends. [5] He has also made two jazz television series for Meridian, a jazz series for Sky TV's Artsworld Channel and the documentary A Festival of Jazz Piano (2006) for BBC Television in Wales directed by Celia Lowenstein.

In September 2010, Joseph was interviewed by Bruce Lindsay, a jazz critic from All About Jazz, who wrote: "Julian Joseph is something of a jazz master of all trades." [6] October that year, Joseph was presented with a BASCA Gold Badge Award in merit for his unique contribution to music. [7]

Joseph founded the Julian Joseph Jazz Academy in January 2013 in London. [8] The Academy encourages young musicians in the development of jazz technique and understanding. Tutors include Tony Kofi and Byron Wallen.

Joseph is also a trustee and vice-president of the National Youth Jazz Collective.

In the 2018 Queen's Birthday Honours list he was appointed an OBE for services to music. [9] 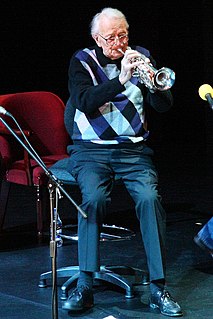 Humphrey Richard Adeane Lyttelton, also known as Humph, was an English jazz musician and broadcaster from the aristocratic Lyttelton family. 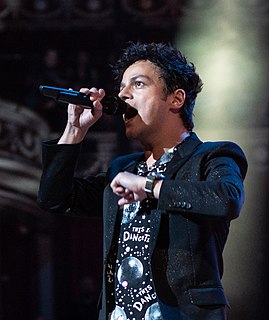 Jamie Cullum is an English jazz-pop singer-songwriter and radio presenter. Although primarily a vocalist and pianist, he also accompanies himself on other instruments, including guitar and drums. He has recorded eight studio albums, three compilation albums, one live album and twenty-four singles. Since April 2010, he has presented a weekly Tuesday evening jazz show on BBC Radio 2. 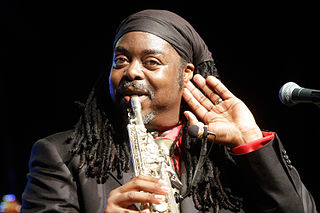 Courtney Pine,, is a British jazz musician, who was the principal founder in the 1980s of the black British band the Jazz Warriors. Although known primarily for his saxophone playing, Pine is a multi-instrumentalist, also playing the flute, clarinet, bass clarinet and keyboards. On his 2011 album, Europa, he plays almost exclusively bass clarinet. 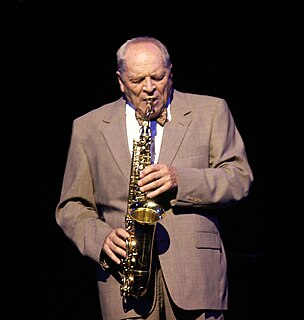 This is a summary of 1999 in music in the United Kingdom. 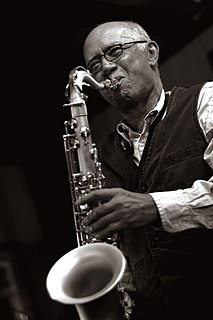 Arthur Edward George "Art" Themen is a British jazz saxophonist and formerly orthopaedic surgeon. Critic John Fordham has described him as "an appealing presence on the British jazz circuit for over 40 years.... Originally a Dexter Gordon and Sonny Rollins disciple ... Themen has proved himself remarkably attentive to the saxophone styles of subsequent generations."

Gary Crosby is a British jazz double bassist, composer, music arranger, and educator. He was a founder member of the celebrated group the Jazz Warriors in the 1980s and has worked with many top international artists.

The BBC Jazz Awards were set up in 2001 and had the status of one of the premier jazz awards in the United Kingdom. There were awards for Best Musician, Best Vocalist, Rising Star, Best Album, Jazz Innovation, Radio 2 Jazz Artist, Services to Jazz, Best of Jazz and others.

William Michael Allingham Ashton OBE is a British band leader, saxophonist and composer, best known for co-founding NYJO - the British National Youth Jazz Orchestra, of which he was Musical Director from 1965 until his retitement in 2009 when he became Life President.

Dennis Rollins is an English jazz trombonist, the founder and bandleader of BadBone and Co.

Cleveland Watkiss,, is a British vocalist, actor, and composer.

Jacqueline Caryl Dankworth is a British jazz singer. She is the daughter of jazz singer Cleo Laine and musician John Dankworth.

Ken Stubbs is a jazz musician, alto saxophonist, and composer.

This is a summary of 2011 in music in the United Kingdom.

Phronesis is a Jazz trio, formed in 2005 by Danish bass player Jasper Høiby, the piano trio is completed by British pianist Ivo Neame and Swedish drummer Anton Eger. Phronesis have been described by Jazzwise magazine as "the most exciting and imaginative piano trio since e.s.t. - Esbjörn Svensson Trio". In 2017 the band was awarded Jazz Ensemble of the Year in the APPJAG Parliamentary Jazz Awards (