East West Records (stylized as eastwest) is a record label formed in 1955, distributed and owned by Warner Music Group, headquartered in London, England.

Upon its creation in 1955 by Atlantic Records, the label had one hit with the Kingsmen and went into hibernation until 1990, when Atlantic revamped the imprint as EastWest Records. In America, Atlantic senior VP Sylvia Rhone was appointed Chair/CEO of the fledgling label. Under Rhone's leadership, East West America shot to mega success with several multiplatinum acts such as En Vogue, Pantera, Yo-Yo, Adina Howard, Das EFX, Snow, Gerald Levert, AC/DC, The Rembrandts, Dream Theater, Missy Elliott and MC Lyte. EastWest also distributed other imprints, such as Interscope Records, Motor Jams Records, Mecca Don Records and The Gold Mind Inc. Meanwhile, over at the Electric Lighting Station in London (headquarters [1] of WEA International in the United Kingdom) artists such as The Beloved, [2] Tanita Tikaram, [3] Chris Rea, [4] Billy Mackenzie (as Associates) and Simply Red, who had ended up up on WEA after divisions/labels such as Elektra, Sire and Magnet Records had been reorganized or closed down, found themselves on the new EastWest label, with newer signings such as The Wildhearts and Sabrina Johnston joining the label in the following years. [5] [6]

In 1994, Rhone was appointed Chairman & CEO of Atlantic's sister label Elektra Records in America. At the time, East West (along with most of its roster) also broke away from the Atlantic umbrella to continue to operate under Rhone at Elektra. By the new millennium, budget cuts at Warner Music Group resulted in East West being absorbed into Elektra, where some of its acts were shifted over as well. In 2004, Time Warner sold Warner Music Group to private investors led by Edgar Bronfman Jr. Subsequently, more budget cuts were made, this time resulting in Elektra to be absorbed into Atlantic.

In 2005, WMG reactivated the East West imprint as an in-house label, which primarily markets and distributes other rock music-based labels. East West today operates under Warner's Alternative Distribution Alliance, the successor to Independent Label Group. East West Records was revived in the UK in 2014 under the direction of Max Lousada, Chairman & CEO, Warner Music UK. The resurrected label was headed up by Dan Chalmers (as President for Rhino UK, East West Records and ADA UK) until being poached by former Warner Music Group CEO Lyor Cohen, [7] for YouTube Music in 2019. [8] By 2021, Jeremy Marsh was head of Rhino UK and East West Records, with Westlife being announced as new signings on St Patrick’s Day. [9] [10] Other acts to have signed to the reactivated heritage label in the last six years include Bette Midler, Jools Holland, Beverley Knight, [11] Amelia Lily, Robert Plant, Si Cranstoun, Boyzone, [12] The Corrs and Busted, [13] while Simply Red returned after 15 years on their own label to release the Big Love album. [14]

As of 2017, East West Records is home to a range of artists including: 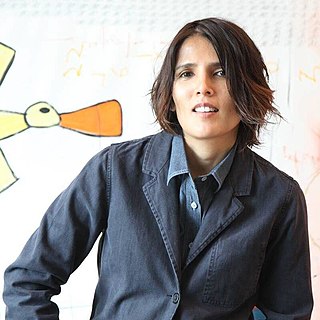 Wea may refer to:

Asylum Records is an American record label, founded in 1971 by David Geffen and partner Elliot Roberts. It was taken over by Warner Communications in 1972, and later merged with Elektra Records to become Elektra/Asylum Records.

Sylvia Rhone is an American music industry executive. She is the chair and CEO of Epic Records, a label owned by Sony Music Entertainment. Rhone is regarded as the most influential female executive in the history of the music business. Named chairman and CEO of Epic Records in 2019, a division of Sony Entertainment, Rhone has helmed senior positions at all three major record companies, and was the first woman to be named CEO of a major record label owned by a Fortune 500 company, and the first African American woman in history to attain such a title.

Atlantic Records Group is an umbrella label owned by Warner Music Group that oversees several labels assigned to its Atlantic Records unit. In total, the label group has nearly three hundred artists on its roster.

"Good Tradition" is a song, written and originally recorded by Tanita Tikaram and released as the first single in 1988 from the album Ancient Heart.

"Cathedral Song" is a song released as a single from the album Ancient Heart by Tanita Tikaram. An extended length music video was made from the song, portraying a love story between two swimmers in a Summer setting. The video was shot in black and white, and Tikaram appears only in studio footage, not on the external footage. The single peaked at #48 in UK. Most of the music video was filmed in Portugal, in Praia Grande, Praia do Guincho, Estoril and Cristo Rei sanctuary.

Korova was a record label, named after the fictitious Korova Milk Bar that was featured in the film A Clockwork Orange, 'korova' also being the Russian word for 'cow'. The imprint was founded in London, UK in 1979 as a division of Warner Communications' WEA (Warner-Elektra-Atlantic) record company. Korova's first album release was Echo & the Bunnymen's debut album Crocodiles, with Zoo Records' Bill Drummond and David Balfe closely involved in the project. 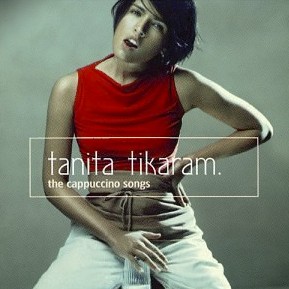 The Cappuccino Songs is the sixth studio album by Tanita Tikaram, released in 1998.

The Best of Tanita Tikaram is the first compilation by pop singer Tanita Tikaram, released in 1996 by East West Records. Containing fifteen songs from 1988 to 1995, it also included one new track "And I Think of You - E penso a te" which was released as a promotional single and a special remix of her biggest hit "Twist in My Sobriety" which was also released as a single in UK.

Max Lousada is CEO of Recorded Music for Warner Music Group. He has signed and worked with a number of artists, including Ed Sheeran.