Asylum Records is an American record label, founded in 1971 by David Geffen and partner Elliot Roberts. It was taken over by Warner Communications (now the Warner Music Group) in 1972, and later merged with Elektra Records to become Elektra/Asylum Records.

After previous incarnations, it is geared primarily towards hip-hop, along with rock and alternative metal. It is owned and distributed by Warner Music Group.

Asylum was founded in 1971 by David Geffen, and partner Elliot Roberts, both of whom had previously worked as agents at the William Morris Agency, and operated a folk/rock label. They had also previously founded their own management company. While unsuccessfully pitching a recording contract for their client Jackson Browne to Atlantic Records president Ahmet Ertegun, Geffen said, "You'll make a lot of money." Ertegun replied, "You know what, David, I have a lot of money. Why don't you start a record company and then you'll have a lot of money." A deal was then struck in which Ertegun would put up the initial funds, Atlantic Records would distribute Asylum Records, and the profits would be split 50/50. [1]

Although they knew they would sign Browne, the first act that Geffen asked to join the label was his close friend Laura Nyro, whose career he was managing at the time. [2] [3] Nyro initially agreed, but without Geffen's knowledge she changed her mind and re-signed with Columbia Records. [2] [3] Geffen said it was the biggest betrayal of his life up to that point and that he "cried for days". [3] [4] [5]

Asylum's early releases were distributed by Atlantic Records. The same year, Asylum signed Jo Jo Gunne, Linda Ronstadt, John David Souther, Judee Sill, David Blue, Joni Mitchell and Glenn Frey (whom Geffen encouraged to form the Eagles, with Don Henley, Bernie Leadon, and Randy Meisner). In 1972, then folk-based singer/songwriter Tom Waits signed with the label, releasing his debut, Closing Time , in 1973. His seventh and final album for the label, Heartattack and Vine , was released in 1980. Former Creedence Clearwater Revival frontman John Fogerty signed with the label in 1974. The biggest coup for Asylum was signing Bob Dylan, who had been with Columbia Records since the early 1960s but who, after a falling-out with the company, was shopping around for a new label. Dylan recorded two albums, Planet Waves and the live Before the Flood , for Asylum before returning to Columbia. Columbia reissued Dylan's two Asylum albums in 1981. Asylum was taken over by Warner Communications in 1973 [6] and merged with Elektra Records to become Elektra/Asylum Records. David Geffen and Elliot Roberts each received $2 million in cash and $5 million in Warner Communications stock, thereby becoming two of the company's largest shareholders. Geffen served as president and chairman of Elektra/Asylum Records until 1975, when he crossed over to film and was named vice-chairman of Warner Bros. One of Asylum's most prominent signings after Geffen's departure was Warren Zevon, who released a series of successful and critically acclaimed LPs for the label; his self-titled 1976 label debut has been called the best California rock album of the decade.[ by whom? ]

By the early 1980s, although the copyright lines on albums still read "Elektra/Asylum Records" or "Elektra/Asylum/Nonesuch Records", Elektra was becoming the more prominent of the two labels with Asylum turning into a secondary imprint. By the middle of the decade, the company was unofficially calling itself Elektra Records, and in 1989 it was renamed Elektra Entertainment. By this time Asylum's remaining acts had been shifted to the Elektra roster, although catalog recordings and reissues continued to be sold with the Asylum label on them.

Asylum was reformatted into a country music label, still operated by Elektra, in 1992. Under the new format, Asylum scored successful recordings by such acts as Emmylou Harris, Brother Phelps, Thrasher Shiver, Kevin Sharp, Bryan White, and Lila McCann. They also produced many critically acclaimed albums by artists such as Mandy Barnett, Guy Clark, The Cox Family, Bob Woodruff, John Douglas Myers (JD Myers) and Jamie Hartford. By the end of the decade, however, mismanagement and a lack of promotion money led to the dissolution of the Asylum country label.

After being dormant for several years, Asylum Records was revived as an urban music-based label in 2004, with some of its releases distributed in conjunction with Warner Bros. Records and others through Atlantic Records. In 2006, WMG shifted Asylum to operate under their newly created Independent Label Group, which also comprises Cordless Recordings and East West Records. In December 2006, Asylum Records announced the signing of Atlanta, Georgia-based metal band Sevendust, the first non-hip-hop artist to be signed to the newly reconfigured label. On March 30, 2009, Asylum president and CEO Todd Moscowitz was promoted to co-president of Warner Bros. Records Inc. [8] Subsequently, Asylum was detached from the Independent Label Group and operated under Warner Bros. from 2009 to 2013 before being moved to Atlantic. [9] Cee Lo Green was signed to the label as well as New Boyz and Ed Sheeran. The label achieved its first number 1 hit on the UK Singles Chart with "Feel the Love" by Rudimental in May 2012. The label was relaunched in the US in 2017, operating separately from the UK label. [10] [11]

Atlantic Recording Corporation is an American record label founded in October 1947 by Ahmet Ertegun and Herb Abramson. Over its first 20 years of operation, Atlantic earned a reputation as one of the most important American labels, specializing in jazz, R&B, and soul by Aretha Franklin, Ray Charles, Wilson Pickett, Sam and Dave, Ruth Brown and Otis Redding. Its position was greatly improved by its distribution deal with Stax. In 1967, Atlantic became a wholly owned subsidiary of Warner Bros.-Seven Arts, now the Warner Music Group, and expanded into rock and pop music with releases by Crosby, Stills, Nash & Young, Led Zeppelin, and Yes.

Elektra Records is an American record label owned by Warner Music Group, founded in 1950 by Jac Holzman and Paul Rickolt. It played an important role in the development of contemporary folk and rock music between the 1950s and 1970s. In 2004, it was consolidated into WMG's Atlantic Records Group. After five years of dormancy, the label was revived as an imprint of Atlantic in 2009. In October 2018, Elektra was detached from the Atlantic Records umbrella and reorganized into Elektra Music Group, once again operating as an independently managed frontline label of Warner Music. In June 2022, Elektra Music Group was merged with 300 Entertainment to create the umbrella label 300 Elektra Entertainment (3EE), though both Elektra and 300 will continue to maintain their separate identities as labels.

David Lawrence Geffen is an American business magnate, producer and film studio executive. He co-created Asylum Records in 1971 with Elliot Roberts, Geffen Records in 1980, DGC Records in 1990, and DreamWorks SKG in 1994.

James Lee Keltner is an American drummer and percussionist known primarily for his session work. He was characterized by Bob Dylan biographer Howard Sounes as "the leading session drummer in America".

Warner Records Inc. is an American record label. A subsidiary of the Warner Music Group, it is headquartered in Los Angeles, California. It was founded on March 19, 1958, as the recorded music division of the American film studio Warner Bros. 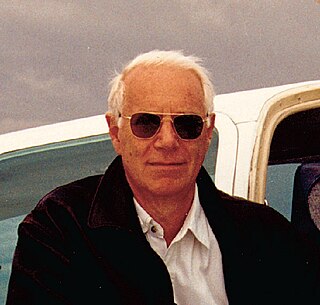 Jac Holzman is an American music businessman, best known as the founder, chief executive officer and head of record label Elektra Records and Nonesuch Records. Holzman commercially helped launch the CD and home video formats, as well as the pilot program which became MTV. He was inducted into the Rock and Roll Hall of Fame in 2011.

Larry Eugene Carlton is an American guitarist who built his career as a studio musician in the 1970s and 1980s for acts such as Steely Dan and Joni Mitchell. He has participated in thousands of recording sessions, recorded on hundreds of albums in many genres, for television and movies, and on more than 100 gold records. He has been a member of the jazz fusion group the Crusaders, the smooth jazz band Fourplay, and has maintained a long solo career. 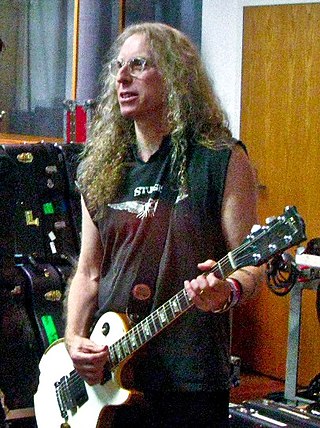 Barry Edward Beckett was an American keyboardist, session musician, record producer, and studio founder. He is best known for his work with David Hood, Jimmy Johnson, and Roger Hawkins, his bandmates in the Muscle Shoals Rhythm Section, which performed with numerous notable artists on their studio albums and helped define the "Muscle Shoals sound".

This article lists the complete discography of Steve Lukather.

Chris Parker is an American drummer. 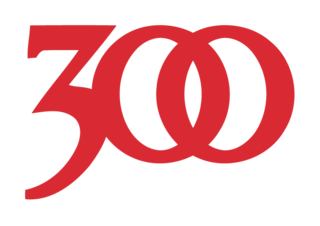 Todd Moscowitz is a music industry executive. He is currently the founder and CEO of Alamo Records and the manager of Gucci Mane. Previously, Moscowitz co-founded 300 Entertainment, served as a co-president and CEO of Warner Bros. Records and worked for Def Jam.