"Kon-Tiki" is an instrumental tune by the Shadows. It became a No. 1 hit in the UK Singles Chart in October 1961. [2] It was the fifth Shadows hit and their second to reach the top of the UK chart. [1]

Meehan was replaced by Brian Bennett in the Shadows line-up whilst this single was still at No. 1 in the UK Singles Chart. [1]

Terence "Jet" Harris was an English musician. He was the bass guitarist of The Shadows from 1958 until April 1962, and had subsequent success as a soloist and as a duo with the drummer Tony Meehan.

The Shadows were an English instrumental rock group. They were Cliff Richard's backing band from 1958 to 1968 and on numerous reunion tours. The Shadows have placed 69 UK charted singles from the 1950s to the 2000s, 35 credited to the Shadows and 34 to Cliff Richard and the Shadows. The group, who were in the forefront of the UK beat-group boom, were the first backing band to emerge as stars. As pioneers of the four-member instrumental format, the band consisted of lead guitar, rhythm guitar, bass guitar and drums. Their range covers pop, rock, surf rock and ballads with a jazz influence.

Daniel Joseph Anthony Meehan professionally known as Tony Meehan was a founder member of the British group The Drifters, with Jet Harris, Hank Marvin and Bruce Welch, which would evolve into The Shadows. He played drums on early Cliff Richard and the Shadows hits and on early Shadows instrumentals.

The Shadows is a 1961 rock album by British group The Shadows, which reached number one in the UK charts.

Jerry Lordan was an English songwriter, composer and singer. Amongst his songwriting credits were the chart hits "I've Waited So Long", "Apache", "Wonderful Land", "Diamonds", and "A Girl Like You".

"Living Doll" is a song written by Lionel Bart made popular by Cliff Richard and the Shadows in 1959. It was the top selling single in the UK in 1959. It has topped the UK charts twice: in its original version in 1959 and a new version recorded in 1986 in aid of Comic Relief.

"Foot Tapper" is an instrumental by the British guitar group The Shadows. It went to number one in the UK Singles Chart, and was The Shadows' last UK number-one hit.

"Dance On!" is an instrumental by the British instrumental group, the Shadows. It went to number 1 in the UK Singles Chart and the Irish Singles Chart. A vocal version, with lyrics by Marcel Stellman, was recorded by British female vocalist Kathy Kirby, whose version reached number 11 in the UK chart in September 1963.

"Wonderful Land" is an instrumental piece written by Jerry Lordan recorded and released as a single by the Shadows in 1962. It stayed at No. 1 for eight weeks in the UK Singles Chart.

"Diamonds" is an instrumental composed by Jerry Lordan. In 1963, Jet Harris and Tony Meehan's recording of the piece became a number one hit in the UK Singles Chart, where it spent three weeks at the top of the UK chart.

Cliff Sings is the second album by British vocalist Cliff Richard, however as his first album, simply titled Cliff was recorded live, it is considered his first conventional studio album. It was released in November 1959 through EMI Columbia Records and recorded at Abbey Road Studios. It reached No. 2 in the UK album chart. No singles were released from the album in the UK. 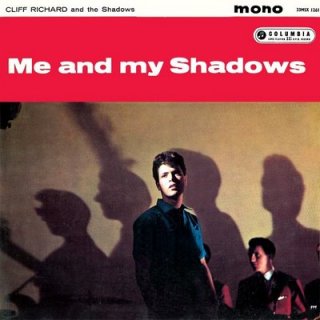 Me and My Shadows is the second studio album by singer Cliff Richard and third album overall. Recorded with The Shadows and produced by Norrie Paramor, it was released through Columbia Records in October 1960 and reached No. 2 in the UK album chart. The album was recorded at Abbey Road Studios.

21 Today is the fourth studio album by UK singer Cliff Richard and fifth album overall. It was released through EMI Columbia Records on 14 October 1961, the exact date of Cliff Richard's 21st birthday and was his first No. 1 in the UK album chart. Like its predecessors it featured covers of Rock 'n 'Roll hits and well known standards.

The Shadows is an EP by The Shadows, released in January 1961. The EP is a 7-inch vinyl record and released in mono with the catalogue number Columbia SEG 8061 and in stereo with the catalogue number Columbia ESG 7834. The Shadows was the UK number-one EP for 20 weeks, having two separate stints at the top of the chart from January to June 1961. The cover photograph was taken by Angus McBean. The original picture showed Cliff together with the Shadows, however the layout for the EP was adapted and Cliff was replaced by yellow triangles. 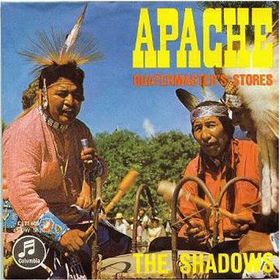 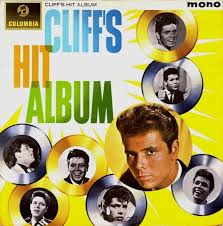 Cliff's Hit Album is Cliff Richard's first compilation album and ninth album overall. It was released in July 1963 and reached number 2 on the UK Albums Chart. The album contains 14 songs from his singles released between August 1958 and May 1962. It includes all Richard's singles in this period that made the top 3 of the UK Singles Chart.