In 1921, German ethnographer, Günther Tessmann quoted a local calling homosexuality a "national custom" [3] [4] [5] among the Bafia people in his book Die Homosexualität bei den Negern Kameruns. He later on described the three stages of life of a Bafia man, namely: [6]

Kiembe boys were prohibited to have sexual and social contacts with prepubescent girls at the risk of being tortured or enslaved; there was a fierce competition to get the available women. The only option left of those kiembe men was to develop a close male sexual friendship with a lexan, a kiembe boy of a younger or of the same age who is in the same situation, where they would often engage in ji’gele ketön, anal penetration. [7] Before the sexual act, one of the boy would ask the consent of the other person by showing them a basketry plate of earthnuts and say that if they eat one, they consent. This metaphor symbolized the apparent dirtiness of a nut coming from the ground but become sweetness of it upon tasting. These acts could happen anytime, at any place (such as at one of the boys' home) and were seen as normal. For instance, it wasn't rare for a father to come back home to witness his son performing a sexual act and to laugh it off. [8]

The kiembe and his lexan would help each other to abduct a woman and share her, regardless of her marital status, with the other kiembe people of the settlement so they could all become ntu. This event is seen by many as a turning point that will make the young man win over heterosexual relationships. However, some still continue to be in same-sex relations. [8]

Upon reaching the mbäng stage, the father would often name his newborn after the lexan, regardless of the baby's gender. [6]

Same-sex relations were also seen as the logical extension of intimate adult friendships. [5] [3]

Cameroon’s first Penal Code, enacted in 1965, did not criminalise consensual same-sex sexual acts. An ordinance issued in September 1972 by President Ahmadou Ahidjo introduced Article 347bis (now 347-1). This amendment took place a few months after the advent of the unitary state under the new constitution, when the National Assembly had not yet been elected. [9]

The Law on Cybersecurity and Cybercrime (Law No. 2010/012 of 21 December 2010) criminalises online same-sex sexual propositions. [9] Under Article 83(1) any person who makes sexual propositions to a person of their sex through electronic communications shall be punished with imprisonment of one to two years and a fine of 500,000 to 1,000,000 CFA francs or only one of these two penalties. Under Article 83(2) it is established that the penalties are doubled when the proposals have been followed by sexual intercourse. [10]

In May 2005, 11 men were arrested at a nightclub on suspicion of sodomy, and the government threatened to conduct medical examinations to "prove" their homosexual activity. As of February 2006, nearly all were still being detained, with trials scheduled in March 2006. [11] [ needs update ]

The Advocate estimates that in 2011, at least a dozen men were arrested under Section 347. [12] One of these, Jean-Claude Roger Mbede, was arrested by security forces for sending SMS messages to male acquaintance and sentenced to three years' imprisonment at Kondengui Central Prison. [13] The sentence was protested by international human rights organizations including Human Rights Watch and Amnesty International, [13] the latter of which named him a prisoner of conscience. [14] On 24 November 2011, three young men were sentenced to five years' imprisonment for having oral sex in a parked car. [15]

In November 2011, a Cameroonian court convicted two young men who had been arrested for homosexuality outside a nightclub based solely on their appearance and behavior to five years' imprisonment. The presiding judge stated that the way they spoke and their having worn women's clothing and ordered a cream-based liquor was sufficient evidence for homosexuality. An appeals court later overturned the verdict. [16] [17]

A gay Cameroonian man was granted the right to claim asylum in the United Kingdom due to his sexuality in early July 2010. Cameroon's Minister of Communication, Issa Tchiroma Bakary, responded to the court's action by acknowledging that homosexuality was definitely illegal in Cameroon, but also arguing that homosexuals were not prosecuted for their private activities. He dismissed the asylum-seeker's claims, saying that the man had nothing to fear from the law: "Do you think he is the only gay person in Cameroon?" [18]

In August 2011, a gay Cameroonian man was granted temporary immigration bail from the UK Border Agency after Air France refused to carry him to Yaoundé. [19] In May 2012, the UK Border Agency sought to return asylum-seeker Ediage Valerie Ekwedde, finding "no credible evidence" that he was gay, but was forced to keep Ekwedde in custody after he threatened to "make a fuss" on the Air France flight returning him to Cameroon. [20]

Cameroon is a conservative society in which homosexuality is frowned upon. In 2006, a number of tabloids published the names of at least 50 very prominent people they claimed were homosexual. They condemned them for deviant behaviour. The stories boosted newspaper circulation, but were criticized by the state communication council for invading people's privacy. The campaign provoked a national debate about gay rights and privacy. [21]

The US Department of State's 2010 Human Rights Report found that homosexual people "generally kept a low profile because of the pervasive societal stigma, discrimination, and harassment as well as the possibility of imprisonment. Gays and lesbians suffered from harassment and extortion by law enforcement officials. False allegations of homosexuality were used to harass enemies or to extort money." [23] In 2012, the first association for lesbian and queer women, World Queens, was founded. [24] 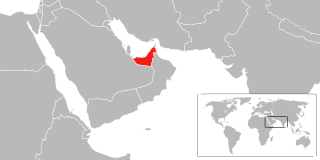 Lesbian, gay, bisexual and transgender (LGBT) people in the United Arab Emirates face legal challenges not experienced by non-LGBT people. All sexual relations outside of heterosexual marriage are criminalized. Punishments may include jail time, floggings, death, fines, and deportation. Adultery and fornication are crimes punished with death, and a person convicted of homosexuality may also face charges of adultery if they have an opposite-sex spouse while having sexual relations with a person of the same sex. 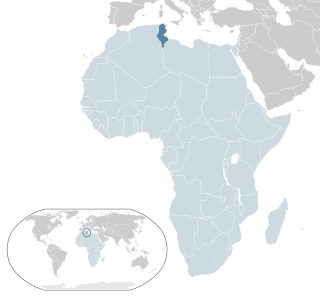 Lesbian, gay, bisexual and transgender (LGBT) people in Tunisia face legal challenges not experienced by non-LGBT residents. Both male and female same-sex sexual activity are illegal. According to the United States Department of State's 2018 report on human rights in Tunisia, "authorities occasionally use [the anti-sodomy law] to detain and question persons about their sexual activities and orientation, reportedly at times based on appearance alone."

Joël Gustave Nana Ngongang (1982-2015), frequently known as Joel Nana, was a leading African LGBT human rights advocate and HIV/AIDS activist. Nana's career as a human rights advocate spanned numerous African countries, including Nigeria, Senegal and South Africa, in addition to his native Cameroon. Was the Chief Executive Officer of Partners for Rights and Development (Paridev) a boutique consulting firm on human rights, development and health in Africa at the time of his death. Prior to that position, he was the founding Executive Director of the African Men for Sexual Health and Rights (AMSHeR)an African thought and led coalition of LGBT/MSM organizations working to address the vulnerability of MSM to HIV, Mr Nana worked in various national and international organizations, including the Africa Research and Policy Associate at the International Gay and Lesbian Human Rights Commission(IGLHRC), as a Fellow at Behind the Mask, a Johannesburg-based non-profit media organisation publishing a news website concerning gay and lesbian affairs in Africa, he wrote on numerous topics in the area of African LGBT and HIV/AIDS issues and was a frequent media commentator. Nana on died on October 15, 2015 after a brief illness. 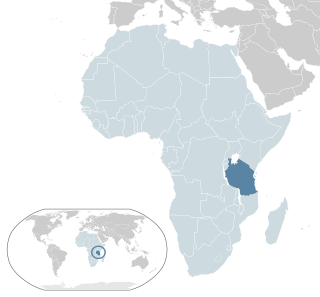 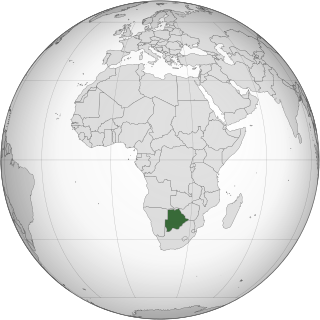 Lesbian, gay, bisexual, and transgender (LGBT) persons in Botswana face legal issues not experienced by non-LGBT citizens. Both female and male same-sex sexual acts have been legal in Botswana since 11 June 2019 after a unanimous ruling by the High Court of Botswana. However, the ruling is being appealed to the Court of Appeal.

Lesbian, gay, bisexual, transgender (LGBT) persons in Burundi face legal issues not experienced by non-LGBT citizens. Burundi criminalises same-sex sexual activity by both men and women, with a penalty up to two years in prison and a fine. LGBT persons are regularly prosecuted by the government and additionally face stigmatisation among the broader population.

Will Roscoe is an American activist, scholar, and author based in San Francisco, California.

With the exception of South Africa and Cape Verde, lesbian, gay, bisexual, and transgender (LGBT) rights in Africa are limited in comparison to Western Europe and much of the Americas and Oceania.

Lesbian, gay, bisexual, and transgender persons in Zambia face legal challenges not faced by non-LGBT citizens. Same-sex sexual activity is illegal for both males and females in Zambia. Formerly a colony of the British Empire, Zambia inherited the laws and legal system of its colonial occupiers upon independence in 1964. Laws concerning homosexuality have largely remained unchanged since then, and homosexuality is covered by sodomy laws that also proscribe bestiality. Social attitudes toward LGBT people are mostly negative and coloured by perceptions that homosexuality is immoral and a form of insanity.

Alice Nkom is a Cameroonian lawyer, well known for her advocacy towards decriminalization of homosexuality in Cameroon. She studied law in Toulouse and has been a lawyer in Douala since 1969. At the age of 24, she was the first black French-speaking woman called to the bar in Cameroon. 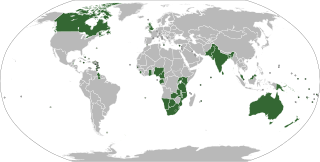 The majority of the countries of the Commonwealth of Nations, formerly known as the British Commonwealth, still criminalise sexual acts between consenting adults of the same sex and other forms of sexual orientation, gender identity and expression. Homosexual activity remains a criminal offence in 34 of the 54 sovereign states of the Commonwealth; and legal in only 19.

Jean-Claude Roger Mbede was a Cameroonian man who was sentenced to three years' imprisonment on charges of homosexuality and attempted homosexuality. His sentence was protested by international human rights organizations including Human Rights Watch and Amnesty International, the latter of which named him a prisoner of conscience.

Lesbian, gay, bisexual and transgender citizens generally have limited or highly restrictive rights in most parts of the Middle East, and are open to hostility in others. Sex between men is illegal in 10 of the 18 countries that make up the region. It is punishable by death in six of these 18 countries. The rights and freedoms of LGBT citizens are strongly influenced by the prevailing cultural traditions and religious mores of people living in the region – particularly Islam.

Capital punishment for homosexuality was historically implemented by a number of countries worldwide. It currently remains a legal punishment in several countries and regions, all of which have sharia-based criminal laws. Being prescribed by the law does not necessarily mean that the penalty is carried out in practice. Gay people also face extrajudicial killings by state and non-state actors, as in Chechnya in 2019.