This is an index of all passenger rail services operated in Belgium.

Passenger rail services in Belgium are operated by NMBS/SNCB.

The Belgian rail network was reorganised from 14 December 2014. Since this date there are two domestic passenger train categories on the main lines, these are:

To cater for the large number of commuter workers, especially into Brussels, complementary peak-hours trains run on mornings and late afternoons of working days, they are classified as P-trains.

Another category was added in December 2015, it comprises operations on the Brussels suburban network GEN/RER and took over a good deal of the Local trains.

International (high speed) services operate to countries such as the Netherlands, France, Germany, Luxembourg and Switzerland. These are operated by Thalys, Eurostar, NS International, Deutsche Bahn and SNCF.

Below the train services are arranged by type, and for each type ordered by number. All services are correct to May 2020.

Eurostar is an international high-speed railway service connecting London with Amsterdam, Avignon, Brussels, Bourg-Saint-Maurice, Disneyland Paris, Lille, Fréthun, Lyon, Marseille, Paris, and Rotterdam. All its trains travel through the Channel Tunnel between the United Kingdom and France, owned and operated separately by Getlink.

Transport in Luxembourg is ensured principally by road, rail and air. There are also services along the River Moselle which forms the border with Germany. The road network has been significantly modernised in recent years with motorways to adjacent countries. The advent of the high-speed TGV link to Paris has led to renovation of the city's railway station while a new passenger terminal at Luxembourg Airport has recently been opened. Trams in the capital were introduced in December 2017 and there are plans for light-rail lines in adjacent areas. 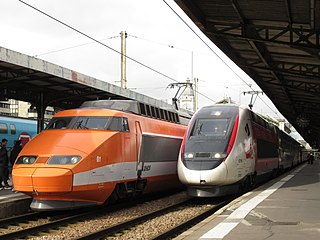 The TGV is France's intercity high-speed rail service, operated by the SNCF, the state-owned national rail operator. The SNCF started working on a high-speed rail network in 1966 and later presented the project to President Valéry Giscard d'Estaing who approved it. Originally designed as turbotrains to be powered by gas turbines, TGV prototypes evolved into electric trains with the 1973 oil crisis. In 1976 the SNCF ordered 87 high-speed trains from GEC-Alsthom. Following the inaugural service between Paris and Lyon in 1981 on the LGV Sud-Est, the network, centered on Paris, has expanded to connect major cities across France and in neighbouring countries on a combination of high-speed and conventional lines. The TGV network in France carries about 110 million passengers a year. 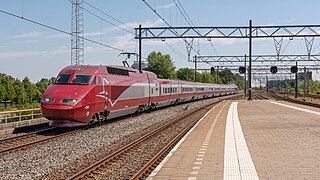 Thalys is a French-Belgian high-speed train operator originally built around the LGV Nord high-speed line between Paris and Brussels. This track is shared with Eurostar trains that go from Paris, Brussels or Amsterdam to London via Lille and the Channel Tunnel and with French domestic TGV trains. Thalys also serves Amsterdam and Cologne. Its system is managed by Thalys International — 70% SNCF, 30% NMBS/SNCB — and operated by THI Factory — 60% SNCF, 40% NMBS/SNCB. 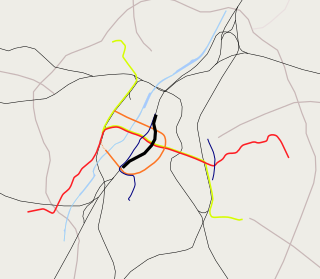 The Iron Rhine or Steel Rhine is a partially nonoperational freight railway connecting the port of Antwerp (Belgium) and Mönchengladbach (Germany) by way of Neerpelt and the Dutch towns of Weert and Roermond. 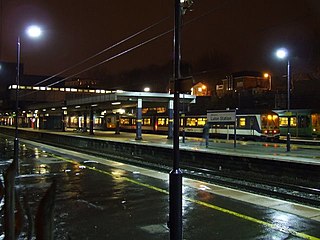 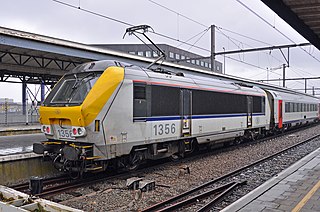 Simonis and Elisabeth are two interconnected stations on the Brussels Metro serving line 2 and line 6 on two different levels. Additionally Simonis is a railway station operated by NMBS/SNCB and a tram stop. The station complex is situated at the end of Boulevard Léopold II and is close to the Basilica of the Sacred Heart. Simonis was named after Place Eugène Simonis/Eugène Simonisplein, which in turn is named after the Belgian sculptor Eugène Simonis; while the nearby Elisabeth Park, named after Elisabeth of Bavaria, Queen of Belgium, gives Elisabeth its name.

Dutch railway services is an index page of all the rail services operated in the Netherlands.

Roosendaal is a railway station in the city of Roosendaal, Netherlands. The station opened on 3 July 1854 on the Antwerp–Lage Zwaluwe railway and is the beginning of the Roosendaal–Vlissingen railway. Roosendaal was the first station in North Brabant to be built. Roosendaal is also a border station between the Netherlands and Belgium. Trains in Belgium run on the left side of double-track whereas in the Netherlands right-hand running is the norm. At some borders, the changeover is achieved by using a flyover, but at Roosendaal trains stop and await a signal to allow them to proceed to the opposite track.

Railway companies in Europe assign their trains to different categories or train types depending on their role. Passenger trains may be broadly split into long-distance and local trains; the latter having average journey times of under an hour and a range of less than 50 kilometres. Goods trains have their own train types. The names of these train types have changed continually over the course of time. 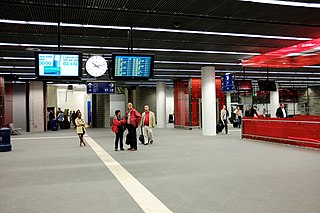 Brussels Airport - Zaventem is a railway station located beneath Brussels Airport, Flemish Brabant, Belgium. The station opened in 1958 on Line 36C; in 2012, the new Line 25N was added. The train services are operated by National Railway Company of Belgium (NMBS/SNCB). 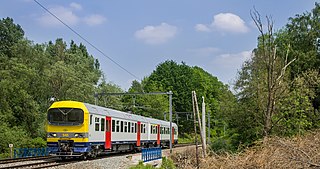 The Vauban was an express train that linked Brussels Midi/Zuid in Brussels, Belgium, with France, Switzerland and Italy. Introduced in 1988, it was operated by the National Railway Company of Belgium (NMBS/SNCB), the Chemins de Fer Luxembourgeois (CFL), the SNCF, the Swiss Federal Railways (SBB-CFF-FFS), and the Italian State Railways (FS).

Herbesthal railway station was the Prussian/German frontier station on the main railway from Germany into Belgium between 1843 and 1920. It opened to rail traffic on 15 October 1843, and was thereby the oldest railway station frontier crossing in the world. It lost its border status on 10 January 1920, however, as a result of changes mandated in the Treaty of Versailles, which left Herbesthal more than 10 km inside Belgium.