The following is a list of television stations that are affiliated with GTV. [1] [2] [3]

Broadcast law is the field of law that pertains to broadcasting. These laws and regulations pertain to radio stations and TV stations, and are also considered to include closely related services like cable TV and cable radio, as well as satellite TV and satellite radio. Likewise, it also extends to broadcast networks.

ACWS-United Broadcasting Network is a broadcast media company in the Philippines. It owns several radio stations in areas, as well as its focus on the Multipoint Video Distribution System (MVDS) for wireless broadcast distribution.

DYCL-TV (TV-10) is a commercial television station owned by GMA Network Inc.. Its transmitter are located at Basper, Tigbao, Tacloban City. This station serves as a relay station of DYSS-TV Cebu City, under the Central Visayas sub-region for the network's Central and Eastern Visayas region. Opened in 1987 for soft launch, it is the first regional television station in the Eastern Visayas until it became a relay station in 1999. 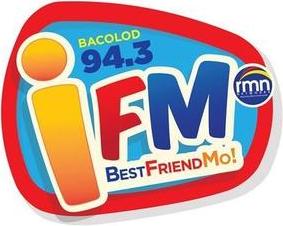 DYHT, on-air as 94.3 iFM, is a radio station owned and operated by the Radio Mindanao Network. The station's studio and transmitter are located at the RMN Broadcast Center, 17th, Lacson St., Bacolod.

Information Broadcast Unlimited, Inc. (IBU), is a privately owned Philippine radio and television network based in Angeles City in Pampanga. IBU also known as DZCL-TV was assigned to Ultra High Frequency (UHF) Channel 38 in Pampanga and provisional authority in other provinces in the Philippines.

Radio Maria Philippines is the Philippine radio division of The World Family of Radio Maria. The station's main studio is located at Sunrise Subd., Brgy. Maliwalo, Tarlac City, with broadcasts heard along various areas in Northern and Central Luzon.

DXFLFirst Love Radio is a radio station owned and operated by First Love Broadcasting Network. The studio's studios and transmitter are located along Rizal Ave., Dipolog.

DWRF-TV is a commercial television station owned by GMA Network Inc.. Its transmitter is located at Taplas Hill, Coron, Palawan.