ABS-CBN is a Philippine commercial television and new media network, as well as program distributor and television production company that serves as the flagship property of ABS-CBN Corporation, a company under the Lopez Group. The network is headquartered at the ABS-CBN Broadcasting Center in Quezon City, with additional offices and production facilities in 25 major cities including Baguio, Naga, Bacolod, Iloilo, Cebu, and Davao. ABS-CBN's production and post-production facility is located at ABS-CBN Horizon PEZA IT Park at San Jose del Monte, Bulacan which opened in 2018. ABS-CBN is colloquially referred to as the Kapamilya Network; this branding was originally introduced in 1999 and was officially introduced in 2003 during the celebration of its 50th anniversary. ABS-CBN is the largest media company in the country in terms of assets, manpower, and international coverage. As of now, the terrestrial broadcasting operations of the network is indefinitely suspended due to lack of license and franchise, but broadcasting activities continues online, cable and satellite, streaming platforms, and on free terrestrial television. 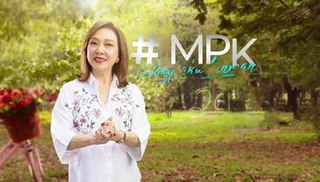 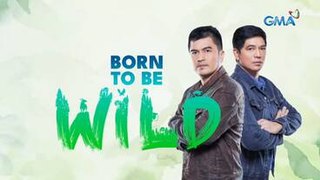 Born to Be Wild is a Philippine television travel documentary show broadcast by GMA Network. Originally hosted by Romi Garduce and Ferds Recio, it premiered on November 28, 2007 on the network's evening line up replacing Palaban. Recio and Nielsen Donato currently serve as the hosts.

DXNS-TV is an analog television station owned by the Northern Mindanao Broadcasting System in Butuan City. It was formerly affiliated with GMA Network and People's Television Network. Its studios and transmitters are located at 4th Floor L.T. & Sons Bldg., Montilla Boulevard, Butuan City.

DYCL-TV (TV-10) is a commercial television station owned by GMA Network Inc. Its transmitter is located at Basper, Tigbao, Tacloban City. This station serves as a relay station of DYSS-TV Cebu City, under the Central Visayas sub-region for the network's Central and Eastern Visayas region. Opened in 1987 for soft launch, it is the first regional television station in the Eastern Visayas until it became a relay station in 1999.

DWRF-TV is a commercial television station owned by GMA Network Inc.. Its transmitter is located at Taplas Hill, Coron, Palawan.